Cameras, Control Rooms And National Security Act: What Yogi Govt Is Doing To Prevent Cheating In State Board Exams 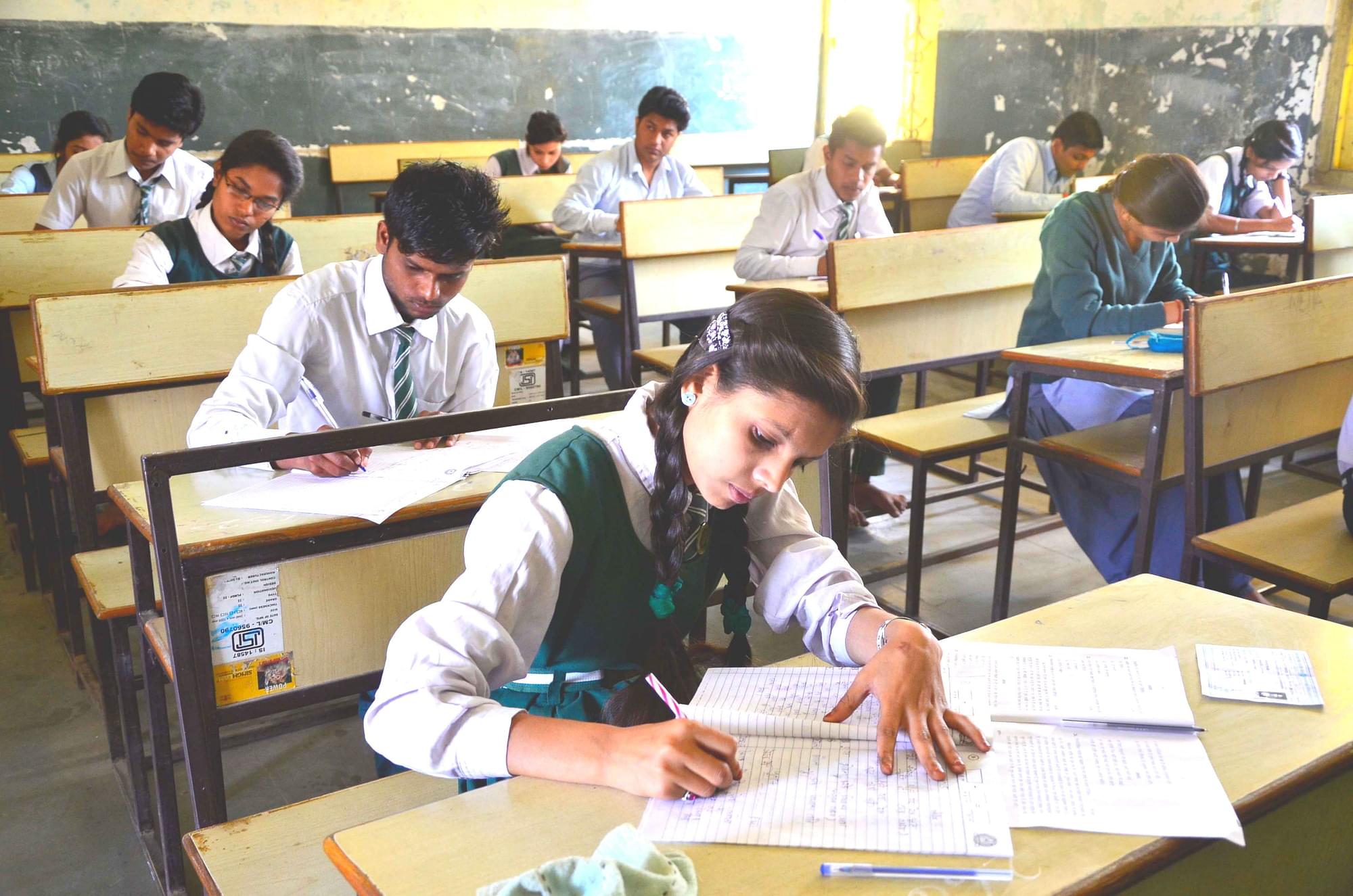 A cheating-free environment for the exams is being ensured by the government. (Mujeeb Faruqui/Hindustan Times via Getty Images)

The Uttar Pradesh government has equipped the board examination system with strict measures against the aiding and abetting of cheating, in order to guard and protect the future of the examinees.

Last year, the UP government, as per a report in the Economic Times, had said that it might use the stringent National Security Act (NSA) in order to deter the use of unfair means.

The state has decided to fight against facilitators of the unfair means, who interfere in the fair examination system through various modes. Some of these modes are: question paper leaks, the solver method where facilitators replace the student and solve the question paper; the dictating of answers, and the swapping of answer sheets.

The examinations for classes 10 and 12 started earlier this week. The state board is keeping its eye and nose on exam centres. To ensure examination by fair means, the preparation involving sort of a carpet use of technology began last year.

According to a report on the Amar Ujala website, 1.91 lakh CCTV cameras equipped with voice recorders have been installed.

Surveillance from these would be monitored in a state-level control room situated in Lucknow. A live telecast of any exam centre would be available for view.

According to an official responsible for the control, such stringent measures for UP board examinations have been in place for the first time and it is the first time that the surveillance has been converged at a nodal point.

There are 7,784 centres spread across 75 districts in the state and 2 lakh invigilators on duty according to reports.

The extra stringent measures include the colour coding of answer sheets. This measure has been taken in order to ensure that the answer sheets cannot be replaced and to avoid the pages getting replaced or taken out by ‘any unauthorised person’.

The identification of ‘sensitive centres’, and the linking of Aadhaar card of students, along with registration, has been done as per a district-level list prepared to identify sensitive or suspicious centres.

Centres where maximum cases of cheating have been reported have come under strict monitoring this year.

In the ET report, Sharma has been quoted as saying:

At these centres, stringent measures were initiated to ensure that use of unfair means does not take place. Last year, strict vigil was maintained on suspicious centres. As a result, 67 persons were arrested from a place. A press printing answer sheets was unearthed in Jaunpur, while a gang involved in leakage of question paper was busted in Hardoi. Impersonators were caught in Kaushambi and Aligarh.

Pink and yellow answer sheets have been kept for class 10 and green and blue for class 12. According to a report on the ABP news website, sensitive districts will be using these colour coded and threaded answer copies.

Sharma holds the portfolio of secondary and higher education in the state.

Last year, ABP reported former Uttar Pradesh CM Akhilesh Yadav had criticised the Yogi Adityanath-led government for taking strong measures against organised cheating during exams in the state. "Everybody does a little bit of cheating", the former CM had said in a comment that was seen as supporting the use of unfair means.

The selection of examination centres involved more attention to the use of technology to ensure a free and fair examination. Schools were asked to apply online and only those selected by the state examination system's software were selected.

Disciplinary norms, such as a boundary wall around the school premises, and ensuring the absence of hostels or teachers’ residences within the school compound were part of the process.

Also Read: What Was Rajnath Singh’s Biggest Challenge When He Became Education Minister Of UP In 1991?