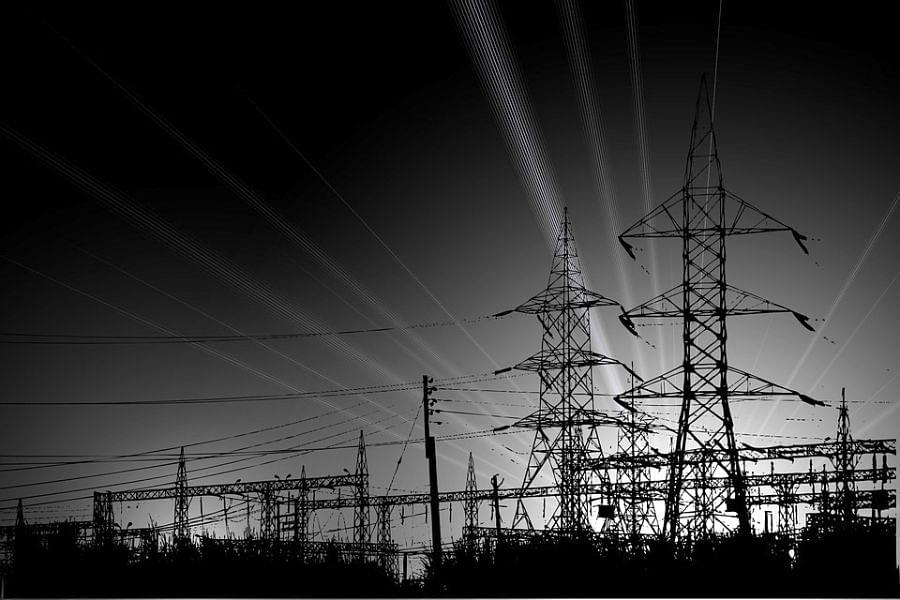 In recent days, power outages and blackouts have slowed or shut down industries across China, posing a new threat to the country's economy and perhaps further clogging up global supply chains ahead of the crucial Christmas shopping season in the West.

Several suppliers of Apple, Tesla and other companies have temporarily halted production at many Chinese factories to comply with stricter energy efficiency requirements, jeopardising supply chains during the peak season for electronics. The move is part of the Chinese government's new limits on energy usage in the country.

In the case of Apple, the timing is critical, since the tech giant has just released its latest iPhone 13 series devices and backorders are increasing as supply deadlines for new iPhone models are pushed back. Even though not all the suppliers of Apple are affected, manufacturing processes for parts such as motherboards and speakers have halted for a few days.

According to analysts, the country's economic growth is being hampered by the loss in production caused by the power outage. However, as reported by Reuters, two major Taiwanese chipmakers—Chipmakers United Microelectronics Corp and Taiwan Semiconductor Manufacturing Co Ltd—said that their China facilities are working as normal.

China is both the world's largest energy consumer and the world's largest carbon dioxide emitter. The Chinese government has temporarily shut down power to several major manufacturing areas in an ostensible attempt to curb energy carrier price spikes and minimise emissions.

As per the latest reports, Unimicron Technology Corp, an Apple supplier, announced on 26 September that three of its China subsidiaries halted production from noon on 26 September to midnight on 30 September to comply with the local governments' electricity limitation policies. Similarly, Concraft Holding Co Ltd, a supplier of speaker components for Apple's iPhone and owner of manufacturing plants in Suzhou, announced that production will be suspended for five days until midday on 30 September, while the inventories would be used to meet demand.

In a statement, Eson Precision Ind Co Ltd, a subsidiary of Taiwan's Hon Hai Precision Industry Co Ltd (Foxconn), stated that production at its Kunshan facility would be halted until 1 October. As per the Reuters report, sources said that contract maker Foxconn's Kunshan facilities had experienced a "very small" impact on output.

One of the sources added that Foxconn had to "adjust" a tiny portion of its capacity there, which includes the production of non-Apple laptop computers, but the business has not noticed any major impact in other big manufacturing centres across China. However, another person said that the company had to move some Kunshan workers' shifts from late September to early October.

Since 2011, China has burnt more coal than all other countries combined. China accounted for 24 per cent of global energy use in 2018, according to the oil corporation BP. China is expected to remain at the top of the list by 2040, accounting for 22 per cent of worldwide consumption.

The Chinese government issued a renewable energy development plan in December 2016 as a supplement to its overall thirteenth five-year plan for social and economic development, spanning the period 2016–20. It contained a pledge to increase the percentage of renewable and non-fossil energy usage to 20 per cent by 2030.

In 2017, more than 30 per cent of renewable energy, generated in the provinces of Xinjiang and Gansu in northwest China, went unused. That was because the energy couldn't be supplied to where it was needed—eastern China's densely populated megacities like Shanghai and Beijing, which were thousands of kilometres away.

Coal is still the centre of China's booming economy. It accounted for 58 per cent of the country's overall energy consumption in 2019. China installed 38.4 gigawatts of new coal-fired electricity in 2020, more than three times the amount installed globally.

However, recently, Chinese President Xi Jinping stated that China no longer would build new coal-fired power plants overseas. The country has decided to grow reliance on other energy sources and vowed to be carbon neutral by 2060.

According to Reuters, a lack of coal supplies, stricter emission standards and strong demand from factories and industry have pushed coal prices to record highs and prompted widespread usage restrictions in China.

Since at least March 2021, when provincial authorities in Inner Mongolia ordered some heavy industry, including an aluminium smelter, to reduce usage to meet the province's energy use target for the first quarter, China's massive industrial base has been grappling with sporadic increases in power prices and usage curbs.

In May, manufacturers in China's Guangdong and a major exporting powerhouse, received similar requests to reduce consumption as the grid was strained by a combination of hot weather and lower-than-usual hydropower generation.

Only 10 out of 30 mainland Chinese regions met their energy reduction targets in the first six months of 2021, according to the country's main planning agency, the National Development and Reform Commission (NDRC).

The agency also announced in mid-September that regions that fail to fulfil their targets would face harsher penalties and that local officials would be held accountable for restricting absolute energy demand in their areas.

As a result, local governments in the provinces of Zhejiang, Jiangsu, Yunnan and Guangdong have urged companies to reduce power use or production.

Heavy users have been notified by certain power suppliers to either cease output during peak power times, which can last from 7 am to 11 pm, or shut down completely for two to three days a week, while others have been ordered to close until further notice or until a certain date, such as soybean processing factories in Tianjin, eastern China, which have been closed since 22 September.

The impact on industries is wide-ranging, including power-intensive facilities such as aluminium smelting, steel manufacture, cement production and fertiliser production.

As reported, at least 15 publicly traded Chinese companies that produce a variety of materials and commodities have claimed that power shortages have caused production to be halted. However, it is still unclear how long the power supply issue will persist.