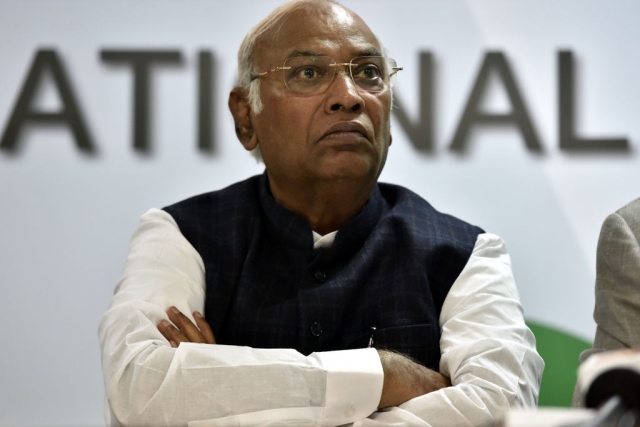 The Congress on Friday announced the candidature of former union minister Mallikarjun Kharge for the Rajya Sabha elections from Karnataka.

A senior Dalit leader from the state, Kharge lost the 2019 Lok sabha elections from his parliamentary seat in Kalaburgi. At present he is the All India Congress Committee general secretary, in-charge of party affairs in Maharashtra.

As per a statement issued by the party, Congress president Sonia Gandhi is said to have “approved the candidature of Mallikarjun Kharge as Congress candidate for the ensuing biennial elections”.

Four seats of the Rajya Sabha will fall vacant on 25 June with the retirement of four MPs including BJP’s Prabhakar Kore, Kupendra Reddy of the JD(S) and M V Rajiv Gowda and BK Hariprasad of the Congress.

The Bharatiya Janata party can easily win two seats as it has 117 of the total 224 MLAs in the state, but is yet to announce any names.

The JD(S) may suggest the name of the party supremo and former Prime Minister H D Deve Gowda if the Congress backs his nomination by not fielding a candidate. The party is likely to announce their nomination today after its legislative party meeting. The party has 34 MLAs and will need the backing of the Congress to win the seat as each candidate would need 45 votes.

The BJP, which is seeing heavy rallying for the RS nominations, is also expected to announce its candidates by the weekend.

Among the top names doing the rounds are that of Tejasvini Ananthkumar, who was denied a ticket during the Lok Sabha elections in 2019, and sitting MP Prabhakar Kore. Kore has already served two terms and hence is unlikely to be nominated for a third term.

BJP MLA Umesh Katti is said to have met Chief Minister BS Yediyurappa to press for a RS nomination for his brother and former MP Ramesh Katti. The latter has been vocal about urging the CM to “fulfil his promise” of sending him to the Rajya Sabha as he was denied the Lok sabha ticket from Chikkodi last year, as reported.

Among the other names that are doing the rounds as possible BJP RS candidates include that of banker K V Kamath, philanthrophist Sudha Murthy of the Infosys Foundation, industrialist and media baron Vijay Sankeshwar, and party state in-charge Muralidhar Rao.

The final decision will be taken by the party high command.

The elections to these seats along with those of Arunachal Pradesh and Mizoram will be held on 19 June and the last date for the filing nomination is 9 June.