Despite Vaccines And Zero-Covid Strategy, China Is Facing Biggest Delta Outbreak, With Cases Surging In Dalian 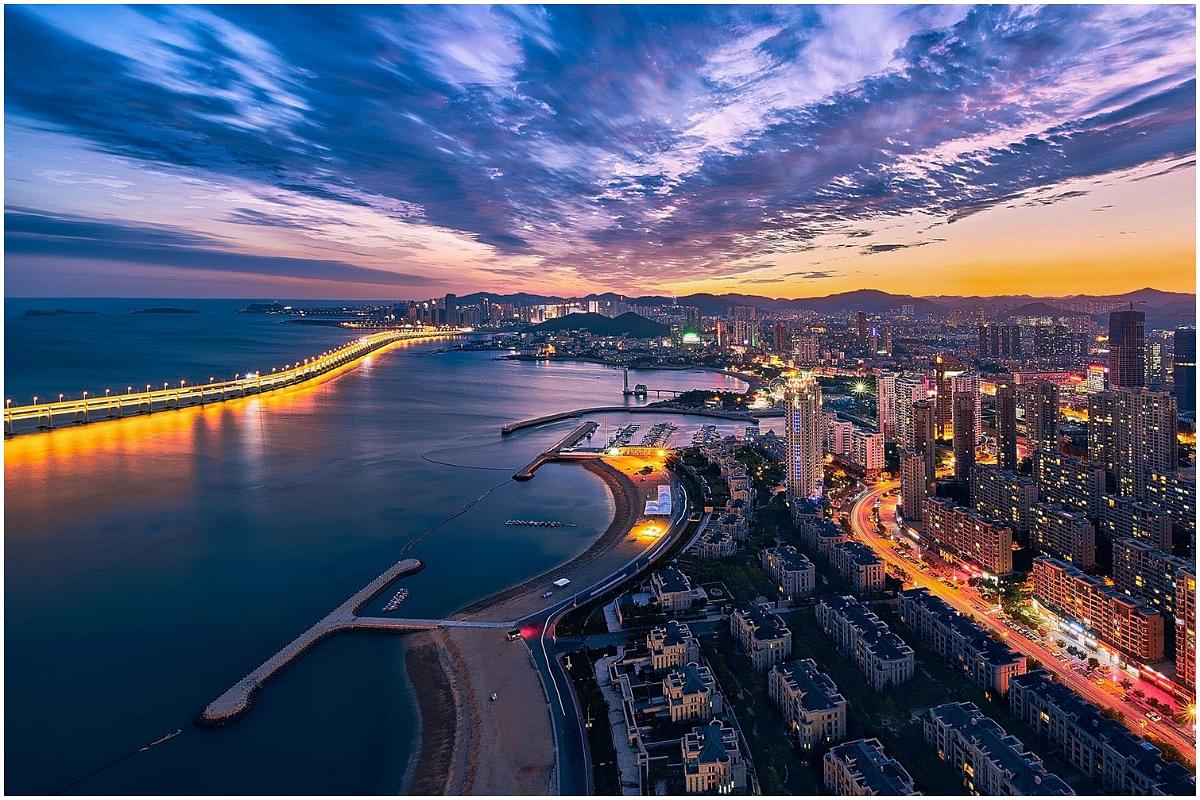 Authorities in China are fighting the country's largest-ever Delta variant outbreak, requiring the northeastern city of Dalian to implement strict quarantine measures after the region reported 32 new cases in the preceding 24 hours.

The Chinese National Health Commission said on 15 November that among 32 new domestically acquired Covid-19 cases, 25 were found in Dalian, which is China's domestic tourism powerhouse.

With this tally, the total number of new cases reported in the last 30 days has surpassed the 1,300 mark, which is reportedly greater than the 1,280 infections registered during China's Delta variant outbreak this summer.

While other provinces have been able to contain their outbreaks by fast lockdown measures, Dalian has been reporting more than 24 cases per day on average since the first week of November.

People arriving from the city to outlying regions now face a mandatory 14-day quarantine in a government facility due to the expanding outbreak in the Chinese tourist hub.

The total amount of Covid-19 vaccine doses delivered in China — over 2 billion doses — is adequate to cover more than 85 per cent of the country's population. However, some Chinese-made vaccines have been questioned and the country's vaccine makers have not publicly published any statistics on how effective their immunizations are against the Delta variant.

China has reported more than 98,000 Covid-19 cases and over 4,600 deaths since the coronavirus pandemic began in Wuhan in late 2019. Following the initial outbreak, the country's authorities deployed strict lockdown measures and large-scale testing to halt the virus's spread locally.

Almost two years into this pandemic, China, despite claiming victory over the virus initially, is still facing a challenging situation due to Covid-19 cases inside the country.

According to reports in China's Fujian province, the Delta variant produced a severe outbreak of new infections in September. A month prior, the tourist hotspot of Zhangjiajie was hit by a similar outbreak, forcing officials to temporarily close the city.

Last month, Beijing and some other Chinese cities began providing booster vaccine shots to everyone over the age of 18 who is part of the "at-risk" group, which includes people participating, planning, or working in the forthcoming 2022 Winter Olympics. People working in retail, manufacturing, education, and public facilities are also eligible for a booster dose.

The situation is still concerning because of the emergence of the Delta variant in the country. The outbreaks related to this version of the virus in different parts of China have put China's zero-Covid strategy to the test.

The model Chinese authorities are following to safeguard the country, may look stringent and not necessary, while other countries are getting used to post-lockdown life with Covid-19 vaccines and lifting restrictions.

But according to a BBC report, the Chinese people find no issue following zero-Covid policy. The report noted: “When you speak to ordinary Chinese people in the street, you will find that many do not seem to mind the continued strict anti-virus measures as long as they are kept safe.”

For example, when one Chinese woman was asked whether the country should open the borders faster, she said that it is best to wait until the pandemic has been thoroughly sorted out. Similarly, another woman said that since the virus is not fully understood, vaccinations would improve, and for the sake of social stability, it would be desirable to postpone opening up.