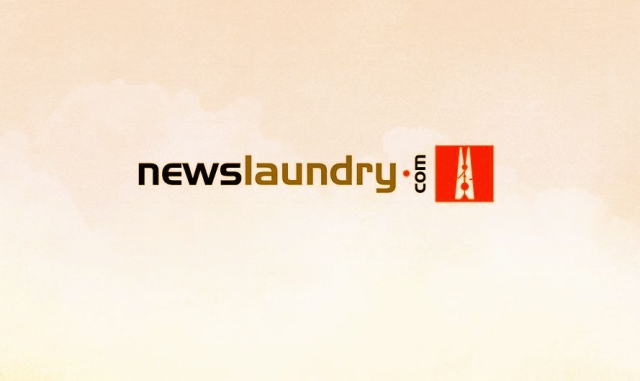 The article was based on a report published by Swarajya on 9 June with the headline, “Shabana Azmi Defends Javed Akhtar After Netizens Question If He Actually Won The Richard Dawkins Award”.

As can be seen above, the very first line of Newslaundry’s report contradicts its own headline.

While the line says “Swarajya magazine reported on a ’few social media users’ casting doubts on the lyricist javed Akhtar winning the Richard Dawkins Award 2020, and actress Shabana Azmi’s response to them”, its headline says it was Swarajya that cast doubt on the award.

A simple reading of Swarajya’s headline and report makes it clear that we neither passed any judgement nor attempted to create any “doubt” on Akhtar’s award. As the report was based on Azmi’s response to the claims made in a viral WhatsApp forward, the Swarajya report, obviously, wrote about what it was that she was responding to.

In this case, Swarajya cannot be accused of “defending” the Whatsapp forward any more than Shabana Azmi can be for responding to it on social media. Interestingly, multiple other publications reported about Azmi responding to the viral claims, including news agency Press Trust of India.

Now, coming to the Newslaundry claim that Swarajya did not clarify that the “WhatsApp message was fake”.

This is what Newslaundry wrote:

“In its article, Swarajya published old tweets by Dawkins claiming he had no “direct connection” with the award, and wrote that “social media users thus questioned as to how Azmi is claiming to have received a mail from Dawkins if he has no direct association with the award”.

The same day, Dawkins announced that Akhtar was indeed the recipient of the Richard Dawkins Award for 2020, for his “courageous public stands on behalf of atheism, rationality, and freethought”.

Swarajya soon updated its article to include this announcement. However, it still did not clarify that the WhatsApp message was fake.

This is a rather strange accusation on two counts; One, a confirmation tweet by Richard Dawkins naturally negates any doubts around the award and two, Newslaundry singles out Swarajya for not explicitly writing something that multiple other publications reporting on Azmi’s response, also didn’t.

The PTI report reads, “A Twitter user uploaded a screenshot of an apparent WhatsApp chat on Tuesday, claiming that Akhtar's name was merely "proposed" for the award which he mistook as an announcement.”

Nowhere in its report does the PTI write that the WhatsApp chat was fake. The PTI report has been carried by various media outlets such as Outlook, Economic Times and News18.

As one can see, Newslaundry report does not mention these outlets as “casting doubt” on Javed Akhtar's award but selectively and unfairly targets Swarajya.

Newslaundry has been found to be targeting Swarajya repeatedly over non-issues.

Last year, Newslaundry called a report by Swarajya on a missing minor child “dud” after the child returned to his home three days later. The child had gone missing during a communal clash in Delhi where a temple was desecrated. Swarajya had mentioned the missing child in its larger report on the clashes, and that bit was based on the statements of the child’s mother as well as the FIR filed in the case.

Besides being insensitive and in bad taste, the Newslaundry report was also selective as is evident from the tweet below:

Hey @newslaundry and @veenanmnair14, NDTV had reported about a girl who went missing in riots. Turns out she was staying at her friends house without telling parents.
Won't you write a report on how NDTV report has turned out to be a "dud"? pic.twitter.com/FYgX18TbOs

The self-proclaimed media watchdog Newslaundry, incidentally, has been found to be spreading false information on multiple occasions.

On one occasion, the portal had to pull down a report after an alert journalist pointed out that it had quoted a fictitious person.

On another occasion, a report by the portal introduced a doctor who was not employed with AIIMS as “doctor at AIIMS” and quoted him as saying that injuries sustained by ABVP students were “superficial”.

The Newslaundry report did not reveal that the said doctor is a full-time member of the Congress Party and that his medical opinion could be coloured.

Swarajya called out its report on a Dalit atrocity case in Haryana’s Mewat where it attempted to play down the allegations by a minority Dalit family living in a Muslim-dominated village.

On another occasion, the portal made a frivolous accusation on Swarajya for merely quoting a Dalit man. Swarajya had quoted the Dalit man as saying that he believed that the petrol bomb from Tahir Hussain’s building that burnt and destroyed his house during Delhi riots was meant for the adjoining temple. In its report, Newslaundry questioned Swarajya on why we had not taken the statement of the Brahmin priest at the temple before believing the Dalit man.

In 2018, Press secretary to the President, Ashok Malik, publicly refuted a report by Newslaundry that said that President Kovind and his wife were ill-treated by the priests at Puri’s Jagannath Temple because of his caste and that “Kovind went public with the insult”.

After Malik’s tweet, the portal pulled down its report.