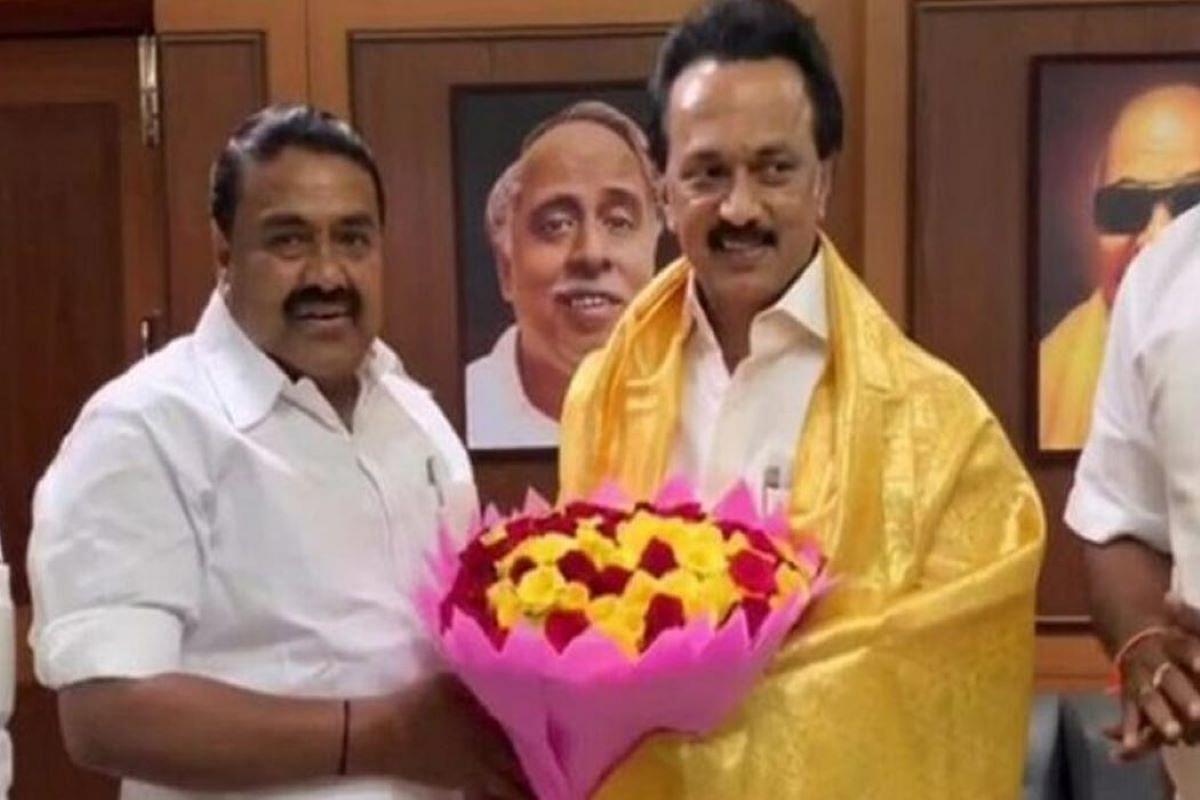 Senior DMK leader and state transport minister RS. Rajakannappan was shunted out of the Transport Ministry amid allegations of hurling casteist slur at a block development officer (BDO) and controversy that has erupted over the seizure of Rs 35 lakh unaccounted money from the Deputy Transport Commissioner's office by Directorate of Vigilance and Anti-Corruption (DVAC).

"Based on the recommendations of the Hon'ble Chief Minister, the portfolios of "Transport, Nationalised Transport and Motor Vehicles Act" dealt with by Thiru RS. Rajakannappan has been allocated to Thiru.SS.Sivasankar and re-designated him as Minister for Transport, said an official press release by Raj Bhavan.

The state chief minister M.K Stalin's decision to strip the influential leader of his transport portfolio is siad to be connected to a complaint against Rajakannappan for hurling casteist abuse against a Block Development Officer (BDO) belonging to the Dalit community. The alleged incident took place on Sunday.

Rajendran , a government official from Mudukulathur in Ramanathapuram, was summoned by Rajakannappan to his Sivaganga residence on Sunday. According to the officer, the moment he entered the minister's residence and wished him, Rajakannappan began disparagingly addressing him as an "SC (Scheduled Caste) BDO".

Rajendran alleged that the minister threatened to transfer him to a posting in the northern district and termed him an 'SC BDO,' at least 5-6 times.

"I was sitting and crying before him. He treated me like a dog and (he) said get out of the house." an anguished Rajendra said in a video that went viral on social media.

The state transport department was also in an eye of a storm after a team of officials from the Directorate of Vigilance and Anti-Corruption (DVAC) seized Rs 35 lakh worth of unaccounted money from the Deputy Transport Commissioner's office situated in Chennai.

DVAC conducted a surprise raid at the office after it received information that Natarajan, the Deputy Transport Commissioner, was collecting Rs 5 lakh each from 30 assistants working in the State Transport Department as a bribe to be promoted as superintendent. When DVAC officials conducted a surprise check at his office on Monday, they found Rs 35 lakh unaccounted for money.

According to speculations in local media, Natarajan was collecting the bribe on behalf of his political patrons in the transport department.

A perennial party hopper, Rajakannappan is viewed by political observers in the state as a powerful representative of the Konar (Yadava) community in Tamil Nadu.

Rajkannapaan was among the key ministers in late Chief Minister J. Jayalalithaa's first government between 1991 and 1996. He was charged in a disproportionate assets case.

A close confidante of Jayalalithaa, Rajkannapaan later had a fallout with her and floated his own political party that attempted to mobilise the Konar community in Tamil Nadu. Former chairman of India Bank M. Gopalakrishnan was the co-founder of the party. The party allied with DMK in the 2001 state assembly elections but was defeated in all the four assembly seats it contested.

Rajkannapaan dissolved his caste outfit, joined DMK and won the 2006 election from the Ilaiyangudi constituency as a party candidate. In February 2009, he again quit the DMK party and resigned as an MLA. He joined the ADMK and was fielded by the party 2009 Lok Sabha election from the Sivaganga parliamentary constituency. He was defeated by Congress leader and former Finance Minister P. Chidambaram in a close election. In fact, Rajakannapan was first declared elected, but later the announcement was retracted.

Rajkannapaan contested 2016 assembly election as ADMK candidate but suffered a defeat. He quit ADMK in the run-up to the 2019 Lok Sabha election and announced support to the DMK-led front. He subsequently joined DMK and was fielded as the party candidate in the 2021 assembly elections from Tiruppattur assembly seat. He was inducted into the DMK state cabinet and allocated the powerful transport ministry by state CM M.K Stalin.