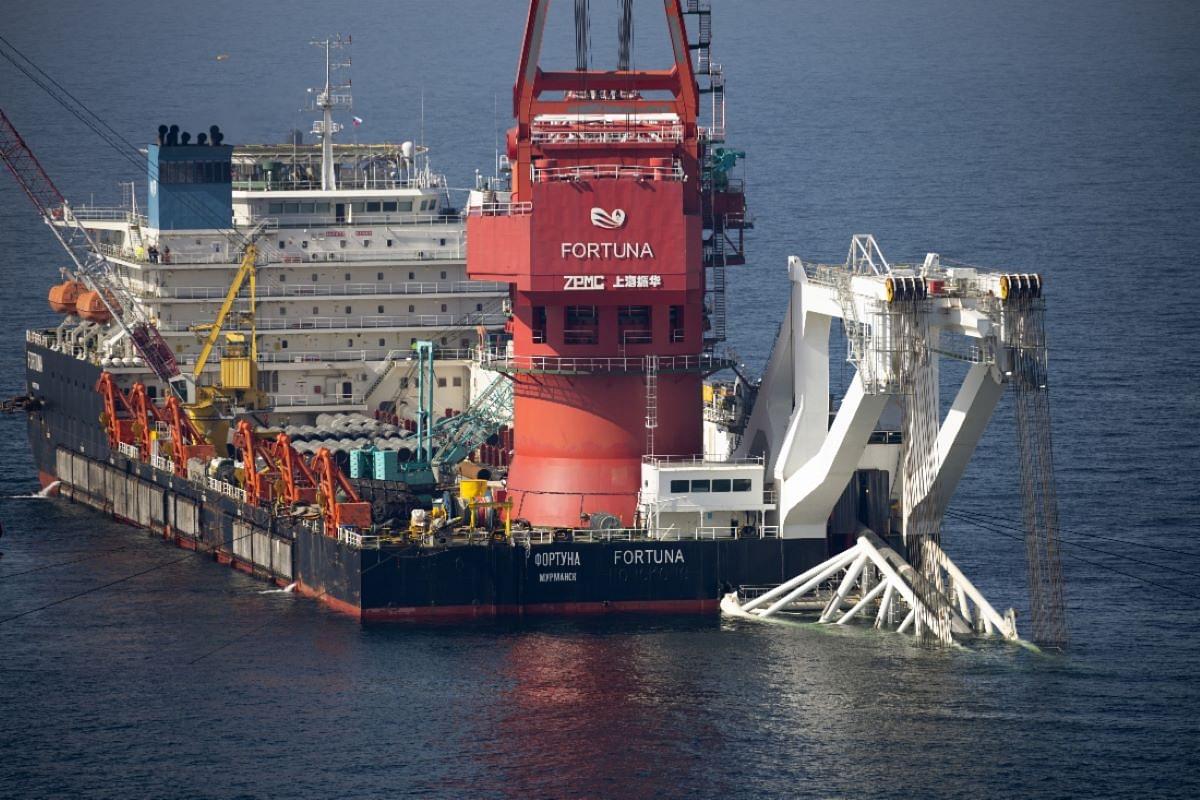 The agency said that the application by the Swiss Nord Stream 2 AG operator was halted after it concluded that only a pipeline operator organised as an entity under German law could be considered for approval.

The unexpected announcement by German energy regulator today (Nov 16) sent gas spot prices on European trading hubs soaring over concerns that the pipeline commissioning might face further delay and a supply crisis may hit the continent. Europe is already facing an energy shortage, with the lowest stockpiles in more than a decade, leaving the region vulnerable when cold spells hit.

Nord Stream 2, a German-Russian gas pipeline across the Baltic sea, has been completed but has not been put into operation in part because the BNetzA has yet to assess compliance with energy company laws. EU rules require the companies that produce, transport and distribute gas within the bloc to be separate, or "unbundled."

Russia's state-owned energy behemoth Gazprom has repeatedly refuted allegations it is deliberately restricting gas flows to the European market ahead of a certification decision that would allow gas to enter the market via Nord Stream 2.

Russian authorities have however maintained that the increase of Russian gas flows to Europe will become possible only when Nord Stream 2 becomes operational.

The Nord Stream 2 AG will now be required to establish a subsidiary under German law solely to govern the German part of the pipeline. This subsidiary will become the owner of the German section of Nord Stream 2 and operate it, the BNetzA said. Once established, the subsidiary can apply for the operating permit.

Nord Stream 2 was constructed by Nord Stream 2 AG, a consortium incorporated in Switzerland. The consortium controls the segments of the twin-leg pipeline in Danish, Swedish, Finnish and Russian waters of the Baltic Sea.

Nord Stream 2, which is now fully constructed, is an underwater twin pipeline that will transport natural gas from Russia directly to Germany. At a length of 1,230 kilometres, it follows the route of the existing Nord Stream twin pipeline underneath the Baltic Sea.

The project is controversial, with critics arguing that it would increase Russian influence in Germany. This is a concern for Poland, the Baltic states, and the Ukraine, which also fear that they would lose out on revenue from the transport of natural gas via other existing routes. Critics also argue that a new gas pipeline does not fit with the EU’s strategy that aims at replacing fossil with renewable energy in the medium term, which would make Nord Stream 2 a stranded investment.

The U.S has strongly opposed to the pipeline. Former Secretary of State Pompeo had even described Nord Stream 2 as one of “Russia’s malign influence projects”. The U.S claimed that completion of the project would increase European reliance on Russia. However in July this year, the US and Germany struck a compromise over the Nord Stream 2 gas pipeline under which Berlin pledged to respond to any attempt by Russia to use energy as a weapon against Ukraine and other Central and Eastern European countries.

In a joint statement, the two countries pledged to support Ukraine and to sanction Russia if it tries to weaponise energy supplies for gaining geopolitical leverage.

Merkel however resisted calls to end the project. Characterising it is a “business project” that needs to be completed, Merkel has argued that Navalny case “should be decoupled” from the Nord Stream 2 discussion.