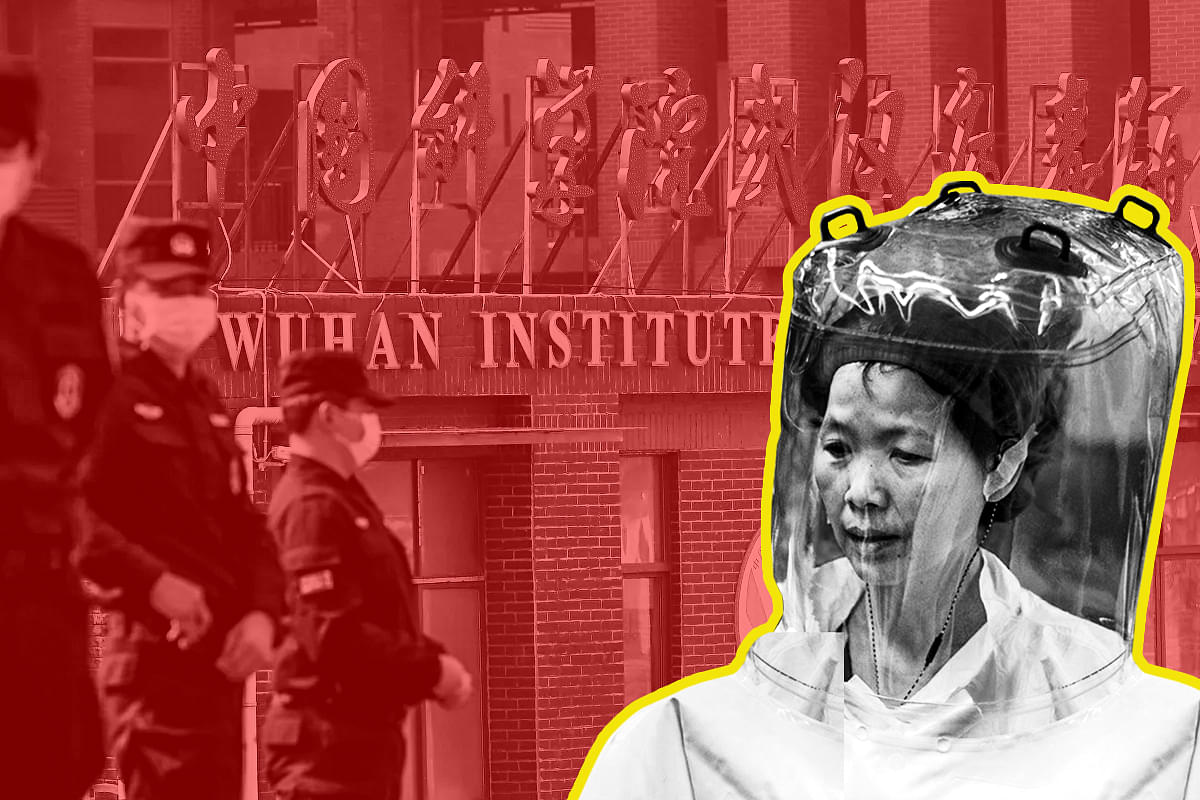 More than a year into the global battle against the novel coronavirus (SARS-CoV-2), the debate on the origin of the virus has again gained traction.

When the strain first appeared in Wuhan and subsequently spread to other countries, China was accused of hiding the details, and hence, failing to warn other countries.

The United States (US) president at the time, Donald Trump, was leading a vocal war against China, accusing it of currency manipulation and stealing intellectual property from the West. He took the opportunity to lambast China, calling the COVID-19 “Wuhan virus”.

At the time, the media coverage labelled anyone “peddling” the Wuhan lab leak theory as a right-wing nut job. Media outlets were dismissive, to downright condescending towards those who questioned the natural origins of the COVID-19.

Several articles were published by media outlets to “debunk” the “conspiracy theories” and “misinformation” — such was labelled the theory that the virus could have been lab-made.

More than the media outlets, the conduct of those in positions of power and scientific credibility was alarming. Leading expert in US, Dr Anthony Fauci, who heads the country’s National Institutes of Health (NIH) had out rightly rejected the lab-origin theory (he has since changed his position and has asked China to release relevant data).

In February 2020, a group of virologists penned a letter published in the medical journal Lancet in which they resolved to “stand together to strongly condemn conspiracy theories suggesting that COVID-19 does not have a natural origin”.

A part of this group was Dr Peter Daszak, president of EcoHealth Alliance, a US-based organisation that conducts research and outreach programmes on global health. He was also the part of the WHO mission sent to Wuhan, China, which summarily ruled out the lab-leak scenario.

It later came to light that both Fauci and Daszak had connections with virus research in Wuhan.

Reportedly, Fauci-led NIH had funded the Wuhan Institute of Virology (WIV) via the nonprofit EcoHealth Alliance (led by Dr Peter Daszak) to the tune of $600,000 over a period of five years. The grant was provided to ‘study the transmission of coronaviruses from bats to humans to better understand the SARS-CoV-1 epidemic in the early 2000s.’

According to seasoned science author Nicholas Wade, Dr Daszak was the prime contractor to whom the grants by NIAID and NIH were assigned, which Dr Daszak then “subcontracted ... to Dr. Shi” — an expert on bat viruses at Wuhan Institute of Virology.

We also now know that Daszak orchestrated the letter with a motive — he drafted it, reached out to fellow scientists to sign it, and worked behind the scenes to make it seem that the letter represented the views of a broad range of scientists — to discredit the lab leak theory.

However, even amidst pro-China bias of global media and the experts, there were voices of reason that ultimately succeeded in stopping the issue from being quietly buried.

According to a Newsweek report, the people responsible for uncovering this evidence are not journalists or spies or scientists, but a group of amateur web-surfers.

“Throughout the pandemic, about two dozen or so correspondents, many anonymous, working independently from many different countries, have uncovered obscure documents, pieced together the information, and explained it all in long threads on Twitter — in a kind of open-source, collective brainstorming session that was part forensic science, part citizen journalism, and entirely new. They call themselves DRASTIC, for Decentralized Radical Autonomous Search Team Investigating COVID-19.”

The report mentions ‘The Seeker’ — a man in late-20s from India who uses a piece of tribal art from his home region of West Bengal for his Twitter logo — as instrumental in sounding the bugle.

By early 2020, The Seeker, a self-taught expert in searching the back alleys of the web far beyond the well-lit places, was looking at research papers to find some clues regarding the virus.

He stumbled upon an extensive Medium post by the Canadian longevity entrepreneur Yuri Deigin that discussed RaTG13, a virus the Chinese scientist Shi Zhengli had revealed to the world in a paper published in the journal Nature on 3 February.

In that paper, Shi presented the first extensive analysis of SARS-CoV-2, which seemed to have come from nowhere, and also introduced RaTG13, a virus that is similar in genetic makeup to SARS-CoV-2, making it the only known close relative at the time.

The paper was vague about the origins of RaTG13, only stating that it had previously been detected in a bat in the Yunnan Province in southern China. This made Deigin wonder if COVID-19 might have emerged through some genetic work being done in a lab working with RaTG13 or related viruses.

However, he, along with the other members of the group, kept pulling at the RaTG13 thread.

The group found out that the genetic sequence for RaTG13 perfectly matched a small piece of genetic code from a paper written by Shi Zhengli years earlier, from a virus the WIV had found in a Yunnan bat.

Digging further, the group found old news stories, and connected RaTG13 to a mineshaft in Mojiang County, in Yunnan Province, where, in 2012, six men shoveling bat guano had developed pneumonia which killed three of them.

Shi Zhengli claimed a fungus in the cave had killed the miners. The DRASTICs, of course, doubted her claim.

Driven by passionate curiosity, The Seeker then discovered CNKI — a massive Chinese database of academic journals and theses. He, then, searched the database using Chinese characters for ‘Mojiang’ in combination with many other relevant words with the help of Google Translate.

In May 2020, The Seeker found a 60-page master's thesis written by a student at Kunming Medical University in 2013 titled "The Analysis of 6 Patients with Severe Pneumonia Caused by Unknown Viruses."

The thesis described in exhaustive detail the conditions and step-by-step treatment of the miners who got sick in 2012. The suspected culprit? SARS-like [coronavirus] from the Chinese horseshoe bat or other bats, noted the thesis.

The Seeker then found a second thesis from a PhD student at the Chinese CDC confirming the above information. Four of the miners had tested positive for antibodies from a SARS-like infection, and the WIV was involved in testing samples from the patients.

Shortly after The Seeker posted these theses, China reportedly changed the access controls on CNKI so no one could do a similar search again.

This was groundbreaking information, but the media still failed to pick it up. However, it boosted DRASTIC. The group expanded with more and more members joining it.

A key team member was Francisco de Asis de Ribera, a Madrid data scientist who excels at mining big data sets. He and The Seeker teamed together, The Seeker unearthing more and more information about WIV’s work and Ribera fitting them into a coherent story.

Their research led them to conclude that the scientists in WIV were actively studying RaTG13 in 2017 and 2018 (contrary to claims made by Dr Daszak) and that the WIV scientists made at least seven different trips to the mine, over many years, collecting thousands of samples.

The group also caught Shi Zhengli in a lie when they exposed that the virus database maintained by WIV on its website was taken down on 12 September 2019, shortly before the start of the pandemic.

Zhengli had claimed that it had been taken offline during the pandemic because the WIV web server had become the focus of online attacks. To date, the WIV has not shared the data investigators have asked for.

The group also found WIV's research plans which showed that projects were underway in the WIV to test the infectivity of novel SARS-like viruses discovered in human cells and in lab animals.

Cross-referencing snippets of information from multiple sources, in August 2020, Ribera said that eight other SARS-related viruses (briefly mentioned in an obscure section of one WIV paper) had also come from the Mojiang mine. In other words, they hadn't found one relative of COVID-19 in that mineshaft; they'd found nine.

By early 2021, DRASTIC had produced so much information that it launched their own website as a repository. The site contains science papers, Twitter threads, translations of Chinese documents and links to articles.