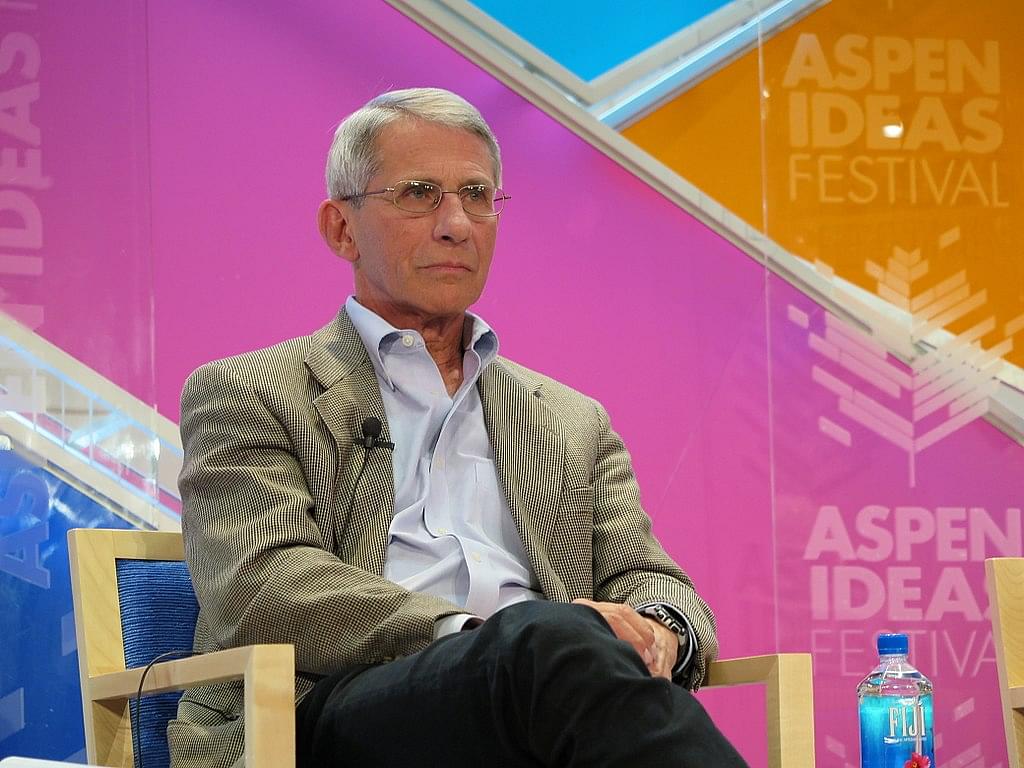 The lab-leak theory regarding the novel coronavirus - that it escaped from a lab in China’s Wuhan (intentionally or otherwise) - has suddenly gained immense popularity and acceptability more than a year after it was declared a ‘conspiracy theory’ by the United States mainstream media, debunked by top scientists including that country’s leading ‘expert’ Dr Anthony Fauci and censored by the tech-giants like Twitter, Facebook et al.

Fauci’s position has changed since May last year when he had rejected the claims that the virus came from a lab or that it was man-made. Later, it came to light that National Institutes of Health (NIH) which Fauci has led since 1984 had funded the Wuhan Institute of Virology via the nonprofit EcoHealth Alliance (led by Dr Peter Daszak) to the tune of $600,000 over a period of five years.

The grant was provided to ‘study the transmission of coronaviruses from bats to humans to better understand the SARS-CoV-1 epidemic in the early 2000s.’

As Fauci came under intense scrutiny over the last one month where he was grilled by US lawmakers in multiple hearings, he stated that he wasn’t convinced (anymore) of the natural origin theory of Covid-19 virus and ‘I think we should continue to investigate what went on in China until we continue to find out to the best of our ability what happened.’

Fauci’s emails (obtained via a request by journalists using the Freedom of Information act) now reveal that he was quite convinced of the natural origin theory of the Wuhan virus.

In one of his emails, he termed a paper published by a group of Indian researchers ‘really outlandish’. This paper had postulated that the new Coronavirus had four inserts similar to HIV-1 and that was not a coincidence.

The above was on 2 February.

On 22 February, when a Weill Cornell Medical College associate professor of dermatology sent Fauci a mail saying ’we think that there is a possibility that the virus was released from a lab in wuhan, the biotech area of china‘, Fauci forwarded it to a colleague directing her to ’please handle’.

Of course, a lot has changed since then. The latest study that came out on 30 May authored by British professor Angus Dalgleish (known for creating first working ‘HIV’ vaccine) and Norwegian virologist Dr. Birger Sørensen has discovered ’unique fingerprints’ - six inserts created at the Wuhan lab.

As per the researchers, SARS-Coronavirus-2 has ‘no credible natural ancestor‘ and that the virus was created via ’laboratory manipulation’ without ‘reasonable doubt’.

The authors say that they had prima facie evidence of retro-engineering in China for a year but they were not entertained by academics and major journals.

Fast changing positions of China on the novel coronavirus (SARS CoV-2/2019-nCoV) and its behaviour in January 2020 had damaged its already brittle credibility so much so that right from the beginning doubts had emerged whether the virus causing Covid-19 pandemic really came from the wild naturally or leaked from a lab at the Wuhan Institute of Virology (WIV) in Hubei province.

It’s pertinent to note that WIV has China’s only biosafety level-four lab where research work has been happening for years on deadly pathogens including the coronaviruses. So, the possibility that the ‘tweaked’ virus during the course of research might have escaped from the lab was not such an ‘out of realm’ possibility.

On 6 February, two researchers - Botao Xiao and Lei Xiao from South China University of Technology in Guangzhou and Wuhan University of Science and Technology in Wuhan, respectively - had claimed in a pre-print that the likelihood was higher that the ‘killer coronavirus probably originated from a laboratory in Wuhan’.

They had argued that the bats carrying the novel coronavirus were found in Yunnan or Zhejiang province - 900 km from the wet market in Wuhan that China presented as the source of the virus and in any case the bats were never sold in that market anyway. On the other hand, the Wuhan Center for Disease Control & Prevention (WCDCP) was only 280 metres and WIV about 12 kms from the wet market. The doctors who were first infected with the virus were also working at the Union hospital, adjacent to the WCDCP.

On 31 January, some Indian researchers at the Indian Institute of Technology had published a pre-print whose findings sent shock waves across the world. The paper, which was quickly withdrawn by the authors after furore, had found ‘4 insertions in the spike glycoprotein (S) which are unique to the 2019-nCoV and are not present in other coronaviruses. Importantly, amino acid residues in all the 4 inserts have identity or similarity to those in the HIV- 1 gp120 or HIV-1 Gag’ and concluded that the four inserts were ‘unlikely to be fortuitous in nature’.

Luc Montagnier who was awarded the Nobel Prize for Medicine in 2008 for his contribution in identifying HIV as the cause of the AIDS epidemic had opined, while referencing the above paper by IIT researchers, that the SARS-CoV-2 was ‘manipulated and accidentally released from a laboratory in Wuhan.’

Then a study by Chinese scientists in May found that ‘the novel coronavirus uses the same strategy to evade attack from the human immune system as HIV.’

Nonetheless, the blowback against the ’lab-leak’ proposition was so severe that except a few brave scientists, most stopped questioning China over its claims of virus origins.

This was more so after 19 February 2020 when The Lancet published a statement by scientists condemning ‘conspiracy theories suggesting that COVID-19 does not have a natural origin.’ The statement was arranged by none other than Dr Peter Daszak whose non-profit funded the Wuhan lab for five years.

The influential powers in the US refused to even entertain the idea after President Donald Trump started labelling it as ‘China virus’ and his Secretary of State Mike Pompeo insisted in May 2020 that ‘there is a significant amount of evidence that this came from that laboratory in Wuhan’.

Nonetheless, with Trump out of office and the US-China relations at new lows even with a new president in office, the consensus of the powers that be in the US is shifting quite fast.

One hopes that the truth about how the Covid-19 pandemic actually originated comes out soon and the perpetrators punished if it indeed leaked from a lab or was altered for research purposes or otherwise. Only then can the true justice be done to hundreds of thousands of people who have died since January last year.