Fact Check: Are Some Of Kamala Harris’ Claims About Her Indian Grandfather False? 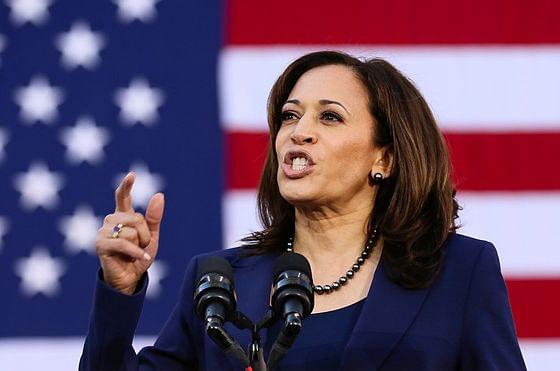 With Democratic presidential nominee Joe Biden selecting Kamala Harris as his vice-presidential (V-P) pick earlier this month, the latter’s connection with India through her mother Shyamala Gopalan has been receiving much media attention.

With her Indian connection now a topic of discussion, some of her claims relating to her Indian heritage, particularly her grandfather — P V Gopalan — have been called into question as new details have emerged over the last few days.

Two claims made by Harris about her grandfather have been particularly contentious.

One, in the book ‘The Truth We Hold’, her memoir published in 2019, Harris claimed that her grandfather had participated in India’s Independence movement.

Members of her family in India haven’t supported this claim.

In his profile of Harris’ grandfather for the Los Angeles Times, the newspaper’s Southeast Asia correspondent, Shashank Bengali, details the family’s view on this claim.

“..family members said there was no record of him having been anything other than a diligent civil servant,” Bengali writes in the article on Harris’ grandfather.

“Had he openly advocated ending British rule, he would have been fired, G Balachandran (Harris’ uncle) said,” the article reads.

A New York Times story published on 16 August confirmed this.

“..other family members said he had never mentioned this [being part of India’s Independence movement],” the story says.

“Had he openly campaigned, like...Gandhi or other freedom fighters, to break off from Britain, he might not have gotten too far with his British bosses,” it reads.

In her 2009 interview with India Abroad (republished here by CNN), journalist Sandipan Deb (former Editorial Director of Swarajya) points out in his recent article in Mint, that Harris had claimed that her grandfather was “one of the original” Independence fighters of India.

This was clearly an exaggeration, if not entirely untrue.

“As for being an “original" freedom fighter, this is impossible, since [P V] Gopalan was born in 1911,” Deb writes in his piece on Harris.

Two, in the same interview, Harris had claimed that her grandfather “held a post in India that was like the secretary of state position in this country [US]”.

This, as Deb underlines in his article, is untrue.

Harris’ grandfather, who had joined the bureaucracy as an Imperial Secretariat Service officer under the British Raj in India, had retired as a Joint Secretary in the Ministry of Labour, Employment and Rehabilitation.

P V Gopalan’s international experience was limited to the role he had played as India’s representative in Zambia in the 1960s when the country was reeling under the pressure of the influx of refugees from Rhodesia.

“His only international assignment seems to have been in the late 1960s, when he was posted in Zambia to help manage an influx of refugees from Rhodesia — now Zimbabwe — which had declared independence from Britain,” writes Deb.

“This is hardly US secretary of state-level stuff,” he wrote.

These facts prove that the position Harris’ grandfather held in the Indian bureaucracy in his time was nowhere close to that of the Secretary of State in the US government.