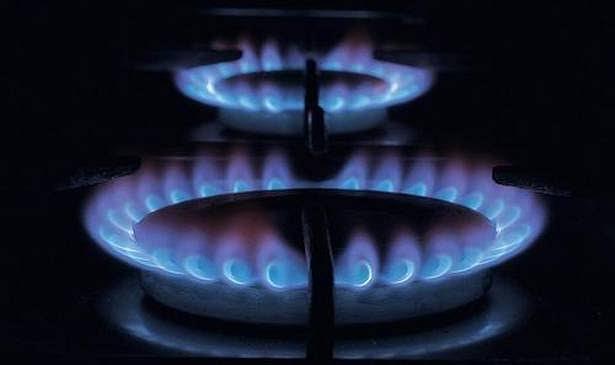 A gas stove. The Indian government is looking to replace LPG fuels with Methanol to curb reliance on fossil fuels. (pic via Twitter)

In yet another reform initiative in the oil and gas sector, the government is set to throw open city gas distribution (CGD) networks across the country to competition, allowing participation of more than one player in a circle vying to attract consumers.

"We have finalised regulations on allowing competition in CGD areas that will be notified in next seven to 10 days," Petroleum and Natural Gas and Regulatory Board (PNGRB) Chairman D K Sarraf told IANS.

"The process of having more players in an area can start soon thereafter as the High Court has not issued any stay on petitions filed against ending the exclusivity period in existing CGD areas," he added.

Under the bids invited for various CGD rounds, the winner entities are given exclusivity over development of infrastructure and building consumer base for a period upto three to five years.

Post this period, the regulations provide that incumbents may offer their infrastructure to third parties on common carrier principle for supply of natural gas to consumers who opts for a different gas supplier.

The matter of ending exclusivity for incumbents in geographical areas (GAs) under their control now has led to litigation with the existing players taking the matter to Delhi High Court. The court has not given any stay on the matter so PNGRB can go ahead with its regulation on allowing competition in GAs but sources said that court nod may be required on any move to allow competition in CGD.

Competition is expected to first impact Delhi and Mumbai, where Indraprastha Gas Ltd (IGL) and Mahanagar Gas Ltd (MGL) operate. Other CGD players that could face the heat of competition may be Gujarat Gas, Adani Gas. There are number of CGD areas where exclusivity period is ending.

For consumers, competition could help them lower their gas bill. They would also have a choice of natural gas supplier and can select one that offers best service and price. Competition may also force incumbent players to lower tariff.

According to a report by ICICI Securities based on recent webinar of equity investors and analysts with PNGRB, when competition is allowed, incumbents would have to provide at least 20 per cent of capacity on their network for new entrants. If there is more spare capacity on the network, they may have to give more than 20 per cent to new entrants (20 per cent is minimum).

PNGRB has data on spare capacity on networks of all CGD players and it may make that data public at some stage in future, the report said.

The proposed PNGRB regulation on competition would allow the incumbent to calculate the tariff. The notified regulations would contain guidelines for computation of tariff. The incumbent would be required to display on its website its calculation of tariff, which can be contested by new entrants in case the guidelines are not adhered to. PNGRB would only intervene in case of disputes.

The regulator also expects government to supply gas to new entrants at the same price as incumbents.

This would be a prerequisite for new entrants to foray into CGD as otherwise they would not be able to compete with incumbents, who get cheap domestic gas, the brokerage reports said.

With Oil Minister Dharmendra Pradhan's recent comments on gas price deregulation, new entrants and incumbents in CGD may be required to buy gas at market determined (deregulated) price cannot be ruled out.

While competition in CGD may begin soon, that in CNG segment may take time as government wants to subsidise its prices for promoting use of green fuel.