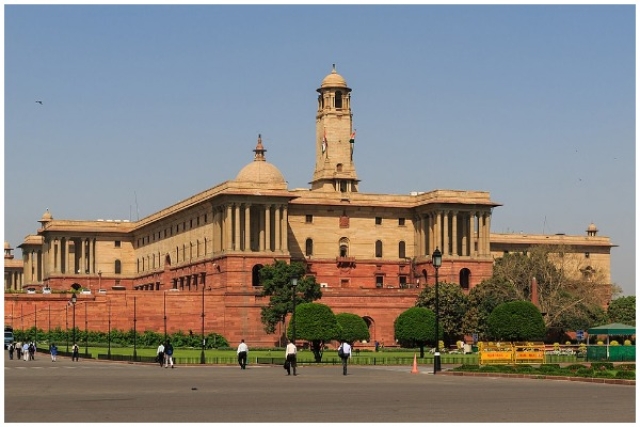 Seeking environment clearance for the Common Central Secretariat project which includes proposals for a new PMO, an additional PM residence and SPG accommodation and Vice-President's Enclave, the Central Public Works Department has amended its application to get the green signal at one go.

According to the CPWD, which is under the administrative control of the Ministry of Housing and Urban Affairs, the move aims to get environmental clearance at one go to avoid responding to similar objections when they submit applications for different components of the Central Vista Redevelopment project.

Since all these proposals are part of the Central Vista Redevelopment project, it would be easier for the concerned agency to push the initiative as one composite project, sources in CPWD told Swarajya.

These four buildings will be in addition to the 10 building blocks, which will be built to accommodate all ministries, Central government departments and a massive conference centre.

Due to the addition of these four components, the total built-up area will be nearly 18.37 lakh sq metres, an increase of 83,000 sq metres.

The revised project cost has been estimated at Rs 11,794 crore, an additional expenditure of Rs 764 crore.

Earlier, it had an estimated expenditure of Rs 11,038 crore for the Common Central Secretariat and Conference Centre projects.

Though the government has set 2024 as the deadline for implementation of the Central Vista redevelopment project, the CPWD, in its application, has indicated that the work could continue for six years.

In its revised proposal submitted to the Environment and Forest ministry early this month, the CPWD said, “During the construction phase, a maximum of 1,685 permanent staff and 17,700 temporary labourers will be employed at any one time over a period of six years.”

Sources said since the construction of new buildings and relocation of ministries from existing buildings is time-taking, a liberal time frame has been proposed for completion of all works.

The CPWD has said a consolidated Central Secretariat will improve productivity and efficiency through proximity and connectivity of ministries, which are well connected to Delhi’s public transport system and to each other through an internal people-mover system.

These new offices shall have purpose-designed and well-organised workspaces, with robust and secure communications infrastructure and reliable and environmentally-conscious services infrastructure.