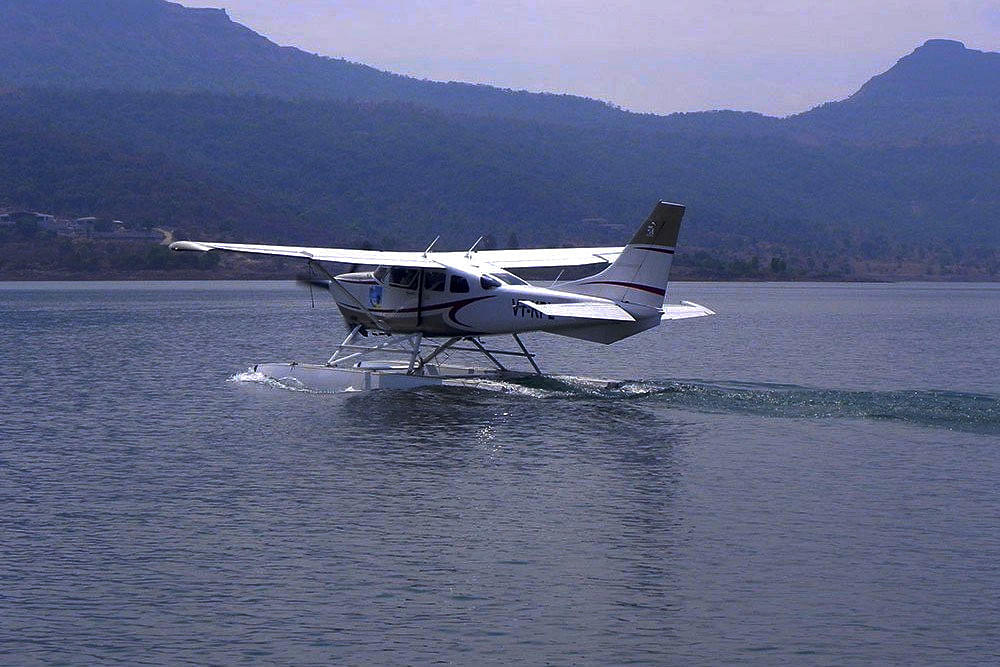 Aiming at improving connectivity and stimulating growth in tourism, the government has undertaken decisive steps to launch seaplane services on several routes, including Delhi-Ayodhya, in collaboration with airline operators.

The seaplane will utilise the nearby water bodies for take-off and landing and thus connect those places in a much economical way as conventional airport infrastructure like a runway and terminal buildings are not required for seaplane operations.

According to the Ministry of Ports, Shipping and Waterways, the seaplane services to facilitate faster and hassle-free travel across the country will prove to be a game-changer.

Several destinations are envisaged for seaplane operations, it said.

The development follows the launch of a seaplane service between Kevadia and Sabarmati Riverfront in Ahmedabad by Prime Minister Narendra Modi on 31 October 2020.

The project execution and implementation would be through Sagarmala Development Company Ltd (SDCL), which is under the administrative control of the ministry.

"The Ministry is initiating the process of commencing operations of the seaplane services, on select routes, under a Special Purpose Vehicle (SPV) framework through prospective airline operators," an official statement said.

"The proposed Origin-Destination pairs under Hub and Spoke model include various islands of Andaman and Nicobar and Lakshadweep, Guwahati Riverfront and Umranso Reservoir in Assam, Yamuna Riverfront- Delhi (as Hub) to Ayodhya, Tehri, Srinagar (Uttrakhand), Chandigarh and many other tourist places...," the statement said.

It added that to run more such services in the coastal areas or proximity to water bodies, SDCL is keen to associate with the interested scheduled/non-scheduled airline operators.

The joint development and operation of "Sagarmala Seaplane Services (SSPS)" will be undertaken by forming a Special Purpose Vehicle (SPV) with Sagarmala Development Company Limited (SDCL), it said.

To provide connectivity and easier accessibility to remote locations, SDCL is exploring plans to leverage the potential of the vast coastline and numerous water bodies/rivers across India by commencing seaplane operations.

The seaplane services will be a game-changer, providing a supplementary means of faster and comfortable transportation across the nation, the statement said.

Apart from providing air connectivity to various remote religious/tourist places, it will boost tourism for domestic and international holidaymakers, it added.

It will save travel time and stimulate localised short distance travelling, especially in the hilly regions or across the rivers/lakes, etc. In addition to the infrastructural enhancements at the places of operations, it will enormously boost tourism and business activities, the ministry added.

Minister of Ports, Shipping and Waterways, Mansukh Mandaviya, said the initiation of seaplane operations aligns with the vision of Prime Minister Modi to improve connectivity across the nation and make India as an attractive destination for the tourists.

By providing air connectivity to numerous remote, religious/tourist places and unexplored locations near the water bodies, the journey will be made easier, he said.

It will generate employment opportunities and stimulate tourism in these new locations, which will consequently contribute to the country's GDP in the long run, the statement added.