India To Get Eye In The Sky: ISRO Set To Launch Earth-Observation Satellite EOS-03 Onboard GSLV-F10 On 12 August 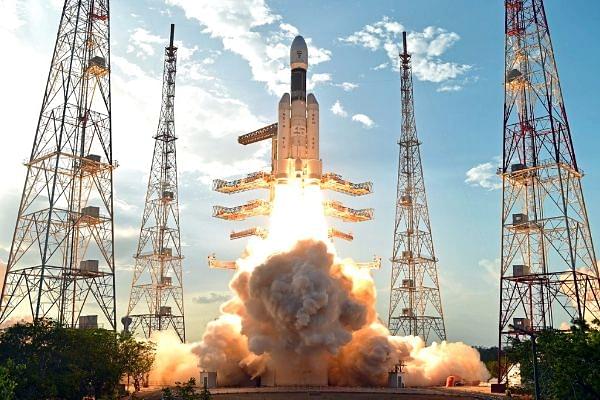 Three days prior to the celebration of its Independence Day, India will be sending up its earth observation satellite EOS-03, earlier called Geo Imaging Satellite-1 (GISAT-1), said the Indian space agency.

The EOS-03 will be the country's first sky eye or earth observation satellite to be placed in geo-stationary orbit.

The EOS-03 will be launched by the rocket Geosynchronous Satellite Launch Vehicle-F10 (GSLV-F10) on 12 August. The rocket is expected to blast off at 5.43 a.m. on that day from the second launch pad, said Indian Space Research Organisation (ISRO).

India's rocket port is located at Sriharikota in Andhra Pradesh.

The GSLV-F10 rocket will leave the EOS-03 at the geosynchronous transfer orbit from where the satellite will be taken up to its final position firing its onboard motors.

Once placed in geostationary orbit, the satellite will have a steady eye on the areas of interest (the satellite will move in sync with the rotation of the earth and hence would look stationary) unlike other remote sensing satellites placed in lower orbit that can come to a spot only at regular intervals.

Originally the EOS-03 was slated for launch on 5 March 2020, but hours before the launch ISRO announced postponement of the mission owing to some technical glitch.

Subsequently, the EOS-03 launch was slated for March 2021 but due to problems in the satellite's battery side, the flight got delayed.

With the replacement of the battery the satellite and the rocket were being readied for their flight at Sriharikota when the second wave of Covid-19 swept in affecting many at the rocket launch centre.

The Indian space agency had earlier said the 2,268 kg EOS-03 would provide a real time image of a large area of region of interest at frequent intervals. It will also enable quick monitoring of natural disasters, episodic events and any short-term events.

A four metre diameter Olive shaped payload fairing (heat shield) has been used in the rocket for the first time, ISRO had said.

According to ISRO, after EOS-03 launch, the other satellite to go up will be EOS-4 or Risat-1A is a radar imaging satellite with Synthetic Aperture Radar (SAR) that can take pictures during day and night looking through the clouds.

The satellite weighing over 1,800 kg will be carried by the Polar Satellite Launch Vehicle (PSLV) this September, said ISRO.

The EOS-4 is a repeat microwave remote sensing satellite of Risat-1 and is configured to ensure continuity of SAR in C-Band providing microwave data to the user community for operational services.

The satellite will play a strategic role in the nation's defence with its capability to operate in day, night and all weather conditions with a mission life of five years.

The satellite has high data handling systems and high storage devices among other things.

According to ISRO, the satellite will provide imaging data for various applications related to land, water and environment which find useful inputs for agriculture, forestry and water resource management, said ISRO.

An ISRO official had earlier said an earth observation satellite will send pictures which will be used by different agencies as per their needs.

The Risat-1 weighing 1,858 kg was launched in 2012 using a PSLV rocket. Its mission life was five years.