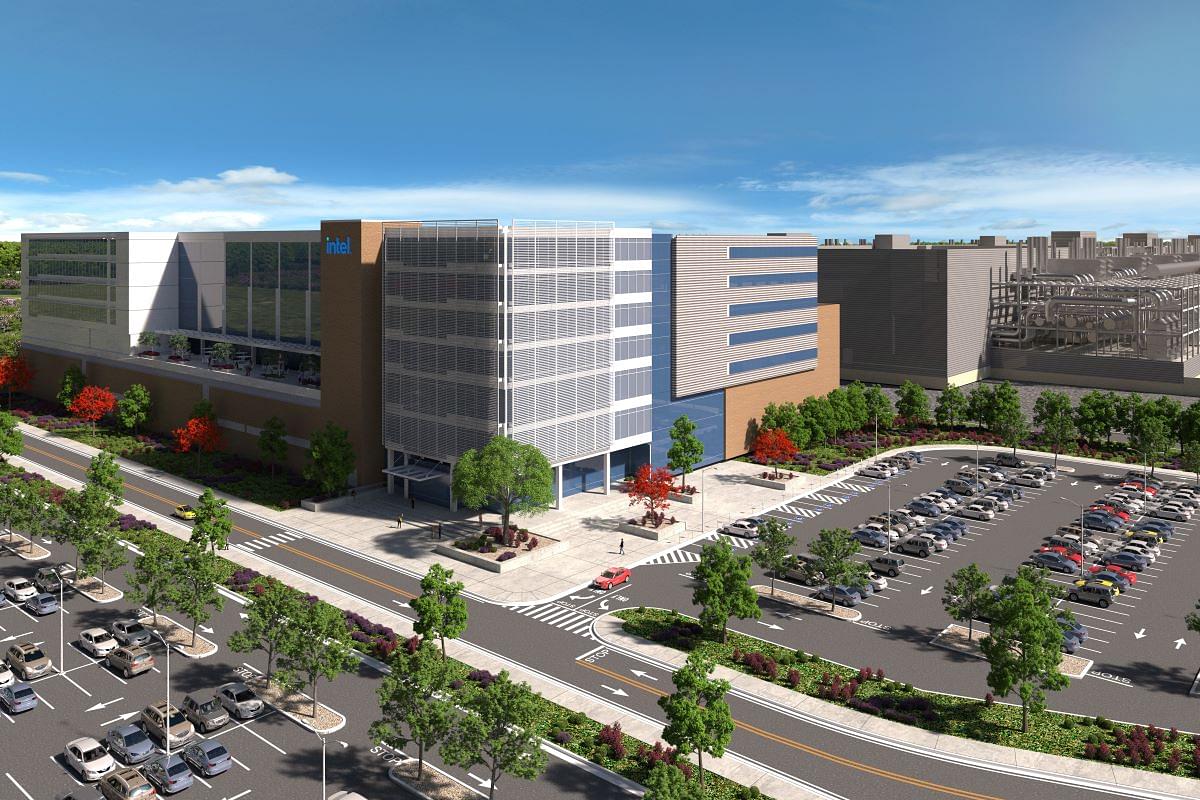 A rendering of the proposed Intel processor factories in Licking County, Ohio.

Intel today (Jan 21) announced that it plans to invest more than $20 billion in the construction of two new leading-edge chip factories in Ohio.

The U.S chipmaker said that it is investing in these new chip manufacturing to help boost production to meet the surging demand for advanced semiconductors, powering a new generation of innovative products and serving the needs of foundry customers as part of the company’s IDM 2.0 strategy.

Spanning nearly 1,000 acres in Licking County, just outside of Columbus, Intel said that the “mega-site” can accommodate a total of eight chip factories – also known as “fabs” – as well as support operations and ecosystem partners.

Intel is planning to commence construction on first two factories by end of this year and the production is expected to come online in 2025.

The chip behemoth said that the new fab facility will deliver chips using the industry’s most advanced transistor technologies.

"These factories will create a new epicenter for advanced chipmaking in the U.S. that will bolster Intel’s domestic lab-to-fab pipeline and strengthen Ohio’s leadership in research and high tech.” he added.

Intel also pledged an additional $100 million toward partnerships with educational institutions to build a pipeline of talent and bolster research programs in the region.

Intel is pursuing a new manufacturing strategy that it says will make world's most advanced semiconductors by 2024 and help regain leadership in chip production that it lost to rivals Taiwan Semiconductor Manufacturing Co.(TSMC) and Samsung Electronics.

Ohio will be home to Intel’s first new manufacturing site location in 40 years. The investment Intel proposes to make in setting up the new fab will be largest single private-sector investment in Ohio history.

Intel currently operates four factories in the United States. In addition to its site in Arizona, which is being expanded, it also has fabs in Massachusetts, New Mexico and Oregon. It also makes chips in Ireland, Israel and has a single fab in China.

In March 2021, Gelsinger announced the expansion of the company’s semiconductor manufacturing capacity through two new fabrication factories in Arizona that will be set up at a cost of $20bn. The new factories are expected to commence production in 2024 and Intel’s foundry will offer a United States (US) and Europe-based alternative to Asian fab factories.

In addition to providing capacity for Intel’s leading-edge products, the chip complex in Ohio is planned to support growing demand for the company’s new foundry business, Intel Foundry Services (IFS).

Intel announced last year that it will build a “foundry” unit that will manufacture chips for third party, “fabless” designers.

“With IFS, Intel is opening its factory doors wide to serve the needs of foundry customers around the globe – many of whom are looking for more geographical balance in the semiconductor supply chain,” said Dr. Randhir Thakur, senior vice president and president of Intel Foundry Services