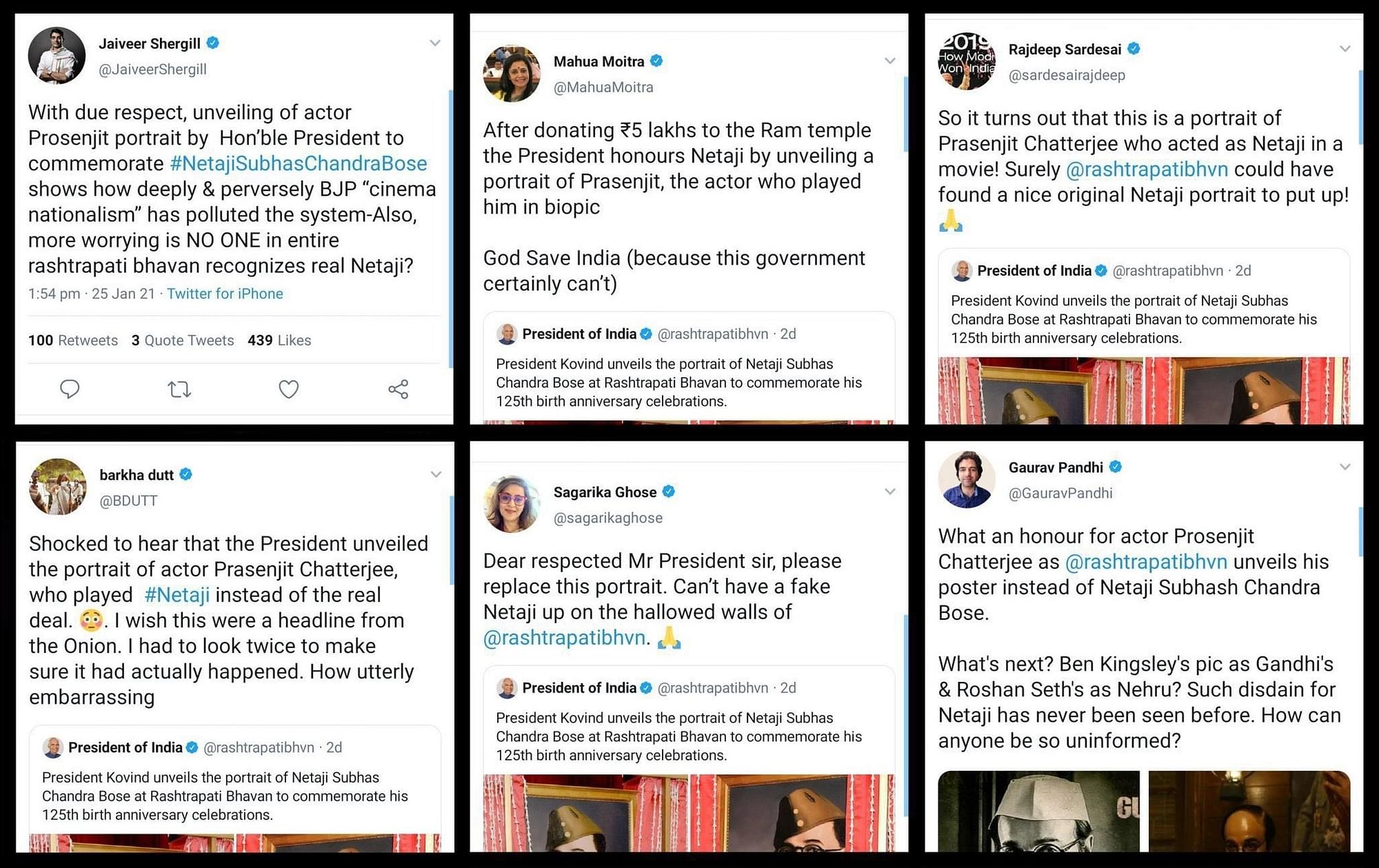 In a scathing letter dated 27 January 2021, the press secretary to the President of India, Ajay Kumar Singh, brought up the “irresponsible” and “juvenile” behaviour of a section of journalists over the Subhash Chandra Bose portrait controversy.

The letter is addressed to to Aroon Purie, the chairman and editor-in-chief of the India Today group.

On 25 January, President Ram Nath Kovind was accused on social media of unveiling a portrait of Bengali actor Prosenjit Chatterjee instead of Netaji Subhas Chandra Bose.

Prosenjit had portrayed Netaji in the 2019 movie Gumnami and people alleged that his still from the movie and not Netaji's actual photograph which was unveiled by the President at the Rashtrapati Bhavan to commemorate the 125th birth anniversary of Netaji.

However, journalist Nistula Hebbar pointed out that the portrait unveiled by the President has been painted by painter Paresh Maity based on the original photograph of Netaji which was sourced from his Grand Niece Jayanti Bose Rakshit.

In his letter, Singh says that the “journalists of the India Today group” didn’t bother to do even the basic fact-check, and “joined the ranks of those who were throwing wild accusations for political gains”.

“In gleefully ridiculing the high Constitutional office, they not only discredited their professional ethics, but also cast a shadow on the office of the President of India. You will agree that such irresponsible and juvenile behaviour compromises the dignity of the Rashtrapati Bhavan,” the letter read.

Singh further stated that the fact that the above mentioned journalists simply deleted their tweet “without owning up to their blunder, much less apologising for it”, shows that it was not a “momentary lapse of judgement or a forgivable slip of the pen”.

“I believe this is unpardonable conduct, for the individuals involved as well as for the platform from which they seek to draw legitimacy. This episode has caused deep distress at the Rashtrapati Bhavan, and we are forced to review our engagements with the India Today group.”

Soon after this episode, Sardesai again courted controversy for a tweet and announcement on live television that the man who had died during the farmers’ tractor rally violence in Delhi on 26 January 26 had been “shot.”

Reportedly, India Today Group on Thursday took Sardesai off-air for two weeks and deducted his salary for a month as part of disciplinary action.