ISRO’s Gaganyaan Mission And Future Endeavours: Why US Companies Are Keen On Collaborating With ISRO 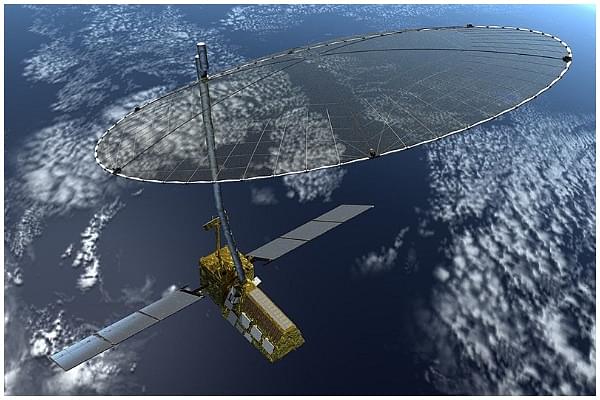 As India gets closer to sending its first manned mission into outer space, New Delhi and Washington are looking at potential space defence cooperation as well as deeper partnership between their respective space agencies, reports Financial Express.

Indian Space Research Organisation (ISRO) and the National Aeronautics and Space Administration (NASA) are said to be seeking deeper cooperation in interplanetary missions and cooperation in the human space flight and Space Station, besides lunar exploration and working on the Space Station.

The report quotes a senior officer who wished to remain anonymous, “When the US President Donald Trump visits India later this month (24-25 February) Space Cooperation between ISRO and NASA and related areas will be on the agenda of talks at the delegation-level.”

In July 2019, Minister of State Jitendra Singh, in reply to a question posed in Lok Sabha, presented the facts with regards to ISRO commercial arm Antrix Corporation and revealed it earned revenue of Rs 6,289 crore by launching 239 satellites in three years.

In the past five years, ISRO has launched foreign satellites from 26 countries and have earned Rs 1,245 crore. They also have contracts with 10 countries in the likes of the US, UK, Germany, Canada, Singapore, The Netherlands, Japan, Malaysia, Algeria and France under commercial arrangements.

The jointly developed NASA-ISRO Synthetic Aperture Radar, or NISAR satellite is designed to observe and take measurements of some of the planet's most complex processes and will be launched in 2022.

Using advanced radar imaging, NASA and ISRO will be able to monitor ecosystem disturbances, ice-sheet collapse, and natural hazards such as earthquakes, tsunamis, volcanoes and landslides.

More importantly, data collected from NISAR will help scientists get a better understanding of our planet's processes and changing climate, and aid future resource and hazard management.

Work on Satellite Navigation (SatNav) is already going on between both the nations and the US Congress in December decided to designate the Indian Regional Navigation Satellite System (IRNSS) or better known as the NaVIC as an “allied system” along with the Galileo of the European Union and QZSS of Japan.

After a rigorous selection process, four Indian astronaut-elects, who were test pilots with Indian Air Force (IAF), left for Russia on Friday (7 February) to start their 12-month long training on Monday (10 February) for the maiden manned space mission of India, Gaganyaan 2022.

Indian astronauts are scheduled to go on a short visit to the International Space Station (ISS) on board a Soyuz spacecraft.

NASA is also keen in being part of India’s fist Human Mission by sharing its expertise as well as training facilities. France had already extended its support by training Indian flight surgeons in space medicine. Selected IAF doctors specialising in aviation medicines will undergo two weeks training in France.

The joint statement released at the end of the India-US 2+2 dialogue, that involved the participation of foreign and defence ministers of both nations, recognised the importance of space cooperation, including on Earth science and lunar exploration, as a critical component of the India-US relations.

In the last two decades, India has used its space diplomacy as an extension of its International Security policy. India has emerged as a leader in launching economically feasible satellite for nations in need of satellite communication technology.

Indian space diplomacy has resulted in forging better ties with many nations by providing support to them with regards to climate change impacts. Internationally, ISRO shares its expertise and satellite data for the management of natural disasters through various multi-agency bodies like International Charter for Space and Major Disasters, Sentinel Asia and UNSPIDER.

India has always recognised that space has a dimension beyond national considerations, which can only be addressed along with international partners and since the beginning, international cooperation has been part of the Indian space programme.

The success of India’s low-cost “Mission Mangal” or Mars Orbiter Mission (MOM) attracted interest from nations that are leaders in space technology that led to closer cooperation with the likes of US, Russia, Japan, and France.

Gaganyaan 2022 will put India into the elite club of countries capable of sending humans into space and cement its position as one of the premier space agencies in the world.