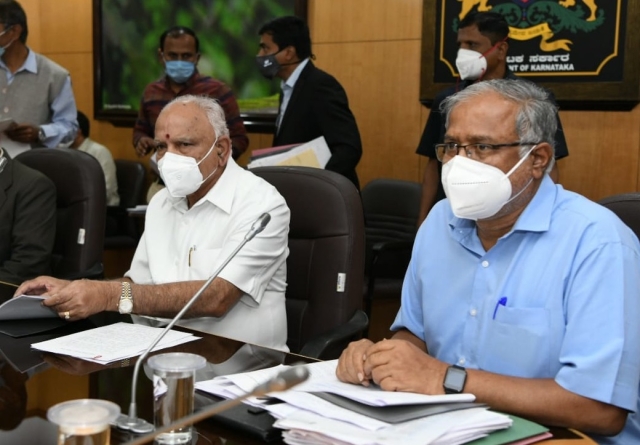 A review of the situation would be held in the third week of December and depending on the pandemic situation, a decision regarding the reopening would be taken, said Chief Minister B S Yediyurappa.

“As per the recommendations of the Technical Advisory Committee (TAC), it has been decided that a decision pertaining to the opening of schools will be taken only after reviewing the situation up to the end of December,” tweeted the Chief Minister.

As per the proceedings of the TAC meeting that was held on 22 November, after extensive deliberations it was unanimously agreed that schools would not reopen in December.

The report of the proceedings mentions that the current scenario of Covid-19 in the state is showing a decline with around 1,700 cases and 20 deaths reported daily. It also states that “it is important to consolidate this gain that is made after great efforts in the last eight months to contain this disease”.

Given the spike in cases in the state of Delhi, Haryana, Gujarat, Rajasthan among others, and the onset of winter which makes it conducive for the occurrence and spread of respiratory infections including Covid, the TAC said it would be in larger public interest to continue to keep schools shut.

Minister for Health and Medical Education Dr S Sudhakar in a meeting of the Education Department chaired by Yediyurappa was against the reopening of schools and pre-university colleges. “While on the one hand, the cold weather will facilitate the spread of the virus, there is also news of a second wave of the pandemic. In such a situation, we should not be reopening schools,” said Sudhakar.

Addressing the media after the meeting, Minister for Education S Suresh Kumar said there were two strong views pertaining to the reopening of schools — one that they should stay shut and the other regarding the troubles faced by schools and students in rural areas.

After engaging all stakeholders, and keeping in mind the opinion and concerns of parents, the education department had a meeting chaired by the Chief Minister, taking stock of the situation including the number of SSLC students, alternative means of continuing lessons, and accepting the recommendations of the TAC that Dr Sudhakar presented in considerations. “There is no question of reopening schools of the primary classes. As for the higher classes, we shall review the situation at the end of December,” he said.