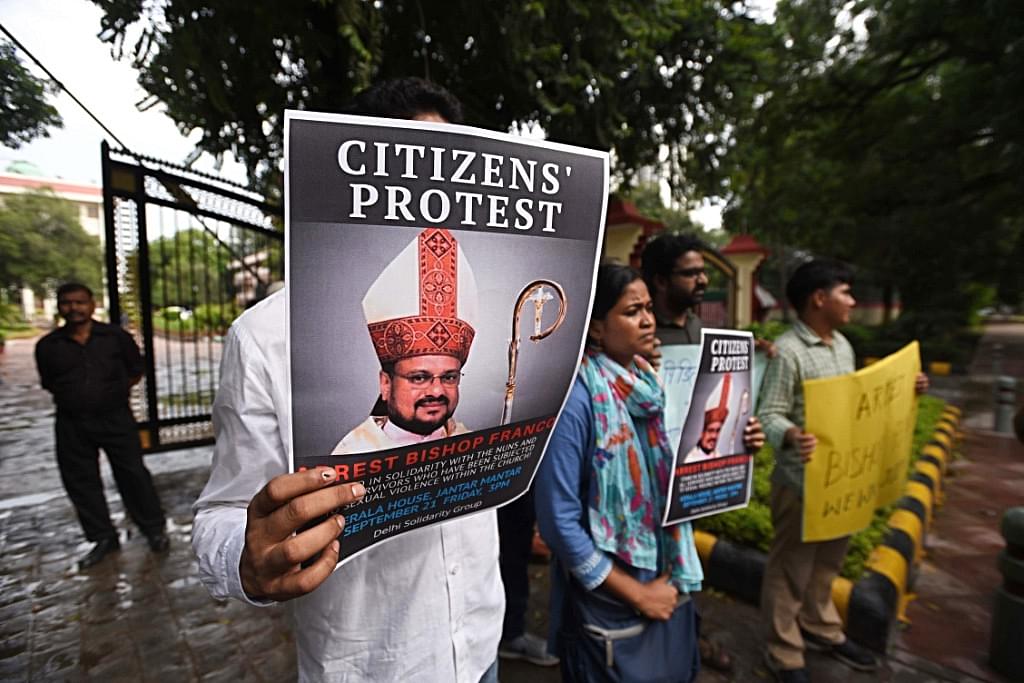 The Supreme Court has dismissed a petition filed by Kerala Roman Catholic church Bishop Franco Mulakkal pleading that he be cleared of rape charges.

A Supreme Court bench headed by Chief Justice S A Bobde and comprising justices A S Bopanna and V Ramasubramanian, dismissed Mulakkal’s petition saying “there is no merit in your petition”.

“You don’t have a case. We are not convinced,” the bench told senior advocate Mukul Rohatgi appearing for the bishop, who is alleged to have sexually abused a nun at a convent in Kuruvilangad in Kerala’s Kottayam district between 2014 and 2016.

The apex court’s dismissal of his petition means Mulakkal will have to face trial in a local court in Kerala.

The bishop, who heads the Jalandhar-based Missionaries of Jesus congregation, petitioned the Supreme Court saying he had been implicated in the case. He argued that the financial dealings of the nun who had made the charges against him should be looked into.

Mulakkal, against who a few more nuns have come forward alleging sexual abuse, claimed he was innocent and should be freed.

The bishop approached the Supreme Court after the trial court and the Kerala High Court dismissed his petition to be discharged from the case, based on the 43-year-old nun’s complaint filed in June 2018 with Kerala Police at Kottayam.

Mulakkal, who is out on bail after having been arrested in September 2018 following interrogations, is now in the docks after a special investigation team filed a chargesheet in the local court. He has also been relieved as the bishop of the congregation.

The trial, scheduled to begin in November last year, has been dragging as the bishop has been seeking time and also moving higher courts. With the Supreme Court dismissing his petition, he will now have no alternative but to face trial.

Mulakkal, in his petition before the courts, has claimed that the nun made the sexual assault charges after he took action against her for financial irregularities she committed in the convent.

He had skipped the local court hearing on 1 July claiming to be in a novel coronavirus containment zone. But after the public prosecutor objected to his absence saying he was not in a containment zone and it was a strategy to delay the hearing, the court issued a non-bailable arrest warrant cancelling his bail.

Later, Mulakkal tested positive for coronavirus and is now under quarantine.

Apart from charges of rape, the bishop has been charged with wrongful confinement, unnatural offence and criminal intimidation.

The nun approached the police after church authorities failed to act on her and other nuns’ repeated complaints. The church attempted to suppress the complaints by the nuns, while one of the prime witnesses has been asked to change her version.

The Mulakkal case is among a slew of cases that have come up against the church in Kerala in the last couple of years. In February this year, a Catholic priest Robin Vadakkanchery was sentenced to 20 years rigorous imprisonment for raping and impregnating a minor girl.

He recently moved the Kerala High Court seeking permission to marry the girl.

Sister Jesme, who renounced her monastic life 12 years ago, has said that the church in Kerala was “functioning like an underworld”.

Another former nun Lucy Kalappura, in her book Karthavinte Namathil (In the Service of God), has alleged that young nuns are sent to priests, who are sex maniacs and charged the Syro-Malabar Church and its congregations of turning into centres of “sexual anarchy”.