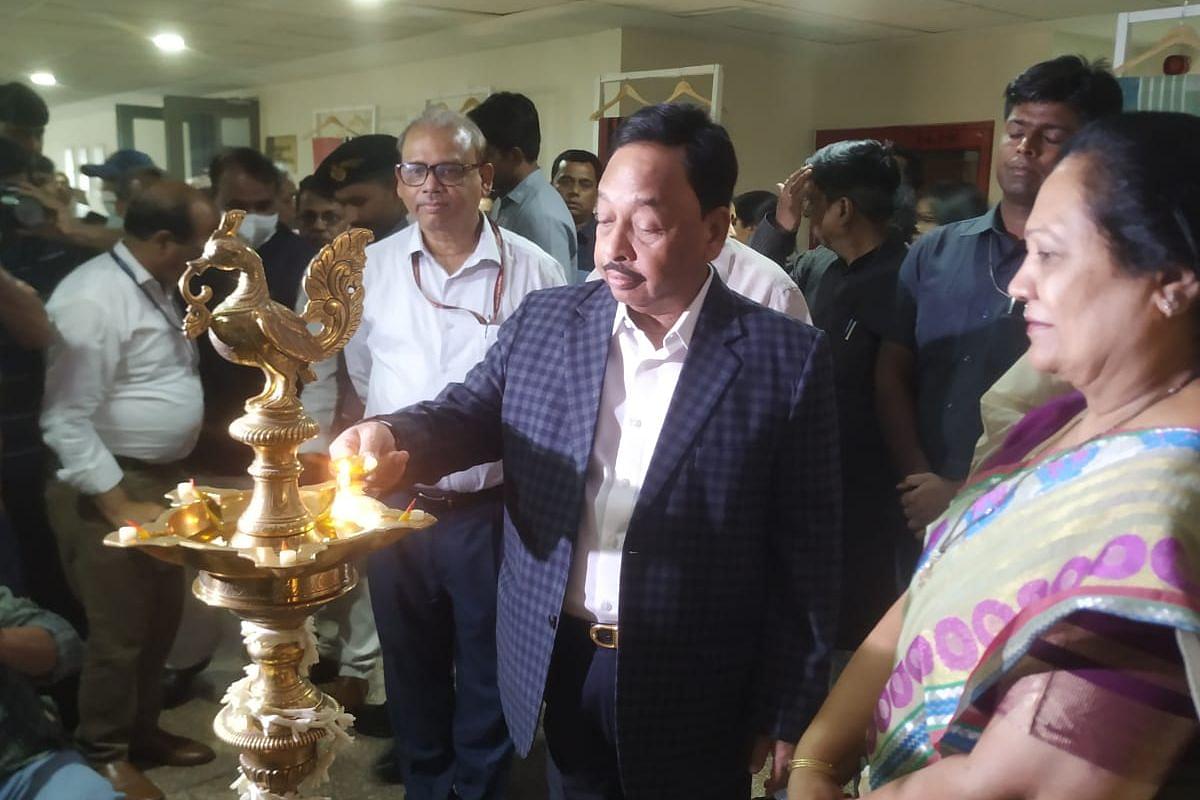 Seeking to make Khadi trendier by diversifying its fabrics and clothing line and up-skilling the Khadi institutions to upgrade the quality standards, Khadi and Village Industries Commission (KVIC) has collaborated with National Institute of Fashion Technology (NIFT) to set up Centre of Excellence for Khadi (CoEK).

The CoEK hub in New Delhi and its units in Gandhinagar, Shillong, Kolkata and Bengaluru were inaugurated by Union MSME Minister Narayan Rane at NIFT Campus in New Delhi.

The minister also launched the CoEK website, where the latest design and technology interventions will be uploaded for usage of the Khadi institutions.

Speaking on the occasion Rane said Khadi has a big responsibility of contributing to nation’s development and fulfilling the goal of “Aatmanirbhar Bharat” and, at the same time, the designers have the responsibility of introducing new designs in Khadi and making it appealing for the youths.

“There is a need to assess the popularity of Khadi as compared to other leading players in the Indian fashion industry. Our designers must introduce such appealing designs in Khadi that people are tempted to buy Khadi as much they buy other clothing,” he said.

KVIC chairman Vinai Kumar Saxena congratulated the entire team of KVIC and NIFT for setting up the CoEK and said it would contribute significantly in making Khadi trendier and globally popular.

An MoU, for setting up of CoEK, was signed between KVIC and NIFT last year and the project will be implemented over a period of three years. The CoEK will work to introduce the latest designs and adopt processes of international standards to create new fabrics and clothing as per the needs of the domestic and global buyers.

The CoEK will also upskill the Khadi institutions to introduce new designs and techniques in the manufacturing process to diversify Khadi’s product line.

In addition to this, the CoEK will also contribute to branding and publicity, visual merchandising and packaging for new Khadi products and increasing the global reach of Khadi by organising Khadi fashion shows and exhibitions in India and abroad.

The new contemporary designs on the Khadi fabric and clothing, prepared by the NIFT, will be uploaded on the CoEK and KVIC websites for commercial usage by the Khadi institutions with hand holding support of the CoEK. A knowledge portal for Khadi will also be developed by the CoEK.

NIFT has engaged professionals, and to begin with, a diagnostic study on 20 best performing Khadi institutions has been conducted by the NIFT team. The new contemporary designs of Khadi Fabric/products are expected to be launched in the current financial year.