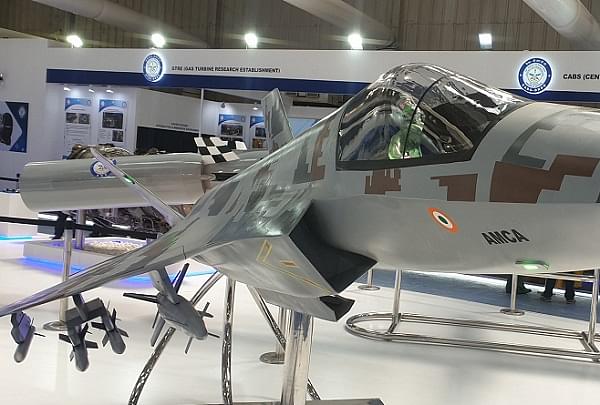 A model of AMCA (@ReviewVayu/Twitter)

The design and development of first prototypes set to cost around Rs 15,000 crore and the stealth fighter could be put into production in the next seven to eight years.

“The first two squadrons will consist of the Mk-1 version of AMCA. The remaining four squadrons will be raised with a more advanced Mk-2 version with a raft of sixth-generation technologies,” said an official.

“The Mk-1 stealth fighters will be powered by American GE 414 engines, with indigenous engines likely to replace the imported power plant in the Mk 2 version. AMCA is a top focus area for the Defence Research and Development Organisation (DRDO), and IAF is firmly backing the project,” said another official.

At Aero India-2021 in February, IAF chief Air Chief Marshal RKS Bhadauria said that DRDO is looking at incorporating sixth-generation technologies in AMCA. He said that there is a possibility of equipping AMCA with directed energy weapons, superior anti-missile systems, advanced missile approach warning systems and teaming it with unmanned systems.

“It will take Indian research and development and defence manufacturing to a much higher scale in terms of technology. It is imperative that the timeline laid down for the project is practical since breakthrough technologies will be getting implemented and the IAF’s operational plans will depend on it,” said Air Vice Marshal Manmohan Bahadur (retd), additional director general, Centre for Air Power Studies.