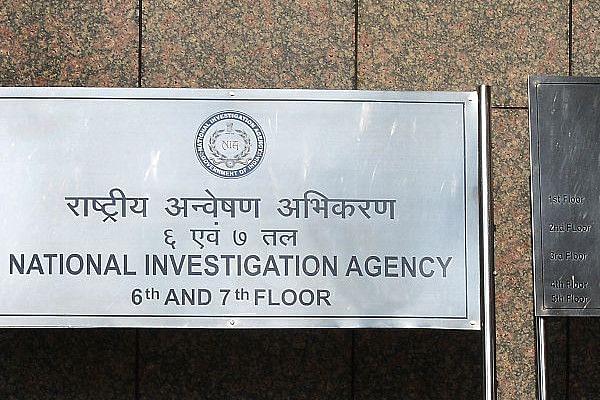 The court will pronounce the quantum of punishment on Wednesday (28 November) on these persons, who were part of a group that allegedly owed allegiance to the Islamic State of Iraq and Syria (IS) and were arrested in October 2016 by an NIA investigating team at Kanakamala in Kerala’s Kannur district.

The six were among 15 arrested by the NIA and included those who had taken part in their plans through social media platforms.

The NIA had filed a chargesheet only against eight of the 15 arrested and one of them, Jasim N K, was acquitted by the court. One of the accused, Mohammed Fayaz, turned approver.

Though the NIA claimed that they were members of the Islamic State of Iraq and Syria (IS), NIA court special judge said that the accused were “qualified to be called members of a terrorist gang”.

The NIA’s case against the accused was that they — all of them members of the proscribed IS organisation — hatched a criminal conspiracy to wage a war against the Indian state.

The accused had collected explosives and “other offensive” materials to target prominent persons and places in various places across South India.

The NIA said that based on credible information the Union Home Ministry and the agency had received, it was asked through a government order on 1 October 2016 to investigate the activities of 15 persons and their associates who had formed an organisation called Ansar-ul Khilafa KL, in August -September 2016.

At the time of arrest, the accused were holding a meeting as part of their preparation to wage a war against the Indian government, the NIA alleged.

Further investigations led to the arrest of Ramshad. Search operations were conducted by NIA at Ramshad’s residence, leading to the recovery of digital devices, documents, and other materials.

During interrogation, the accused disclosed that they had communicated with their co-conspirators within and outside India through Facebook, Telegram, and other social media apps. After this, the contents of their emails and social media accounts were extracted.

Swalih revealed that he had received Rs 18,000 through money transfer from an associate in the United Arab Emirates and he identified the sender as Shajeer Manglassery. Instructions came from Manglassery, the leader of the module, who is currently in IS-controlled territory in Afghanistan.

Manglassery, also known as Ali Ayisha and Sameer Ali on Facebook, is an engineer who had gone to the IS territory from UAE. He was among the 21 persons who had left Kerala in June 2016 to join IS.

A balance of Rs 9,500 from the amount that was transferred to Swalih was recovered from his wife, the NIA said, adding that the accused had created various Telegram groups to recruit members for their anti-national activities and propagate their ideology.

The NIA told the court that it had found incriminating evidence recovered forensically from the digital devices, mainly Ramshad’s tablet.

Fayaz, who was living in Doha, Qatar, with his parents, revealed that he was part of the group that discussed on furthering IS activities in India. He said he had visited India and met Ramshad, Swalih, and Rashid Ali on expanding IS activities.

During the investigations, the NIA also stumbled on the accused planning to attack Jews visiting Vattakkanal near Kodaikanal in Tamil Nadu. The group also planned to attack prominent political leaders at Kozhikode, besides targeting a programme of Jamaat-e-Islami at Kochi.

The accused had also planned to target high court judges, senior police officers, rationalists and Ahmadiyya Muslims in their attacks. The NIA said it was still pursuing investigations against a couple of others but found two persons from Coimbatore named in the first information report not a party to the conspiracy.

The NIA also charged the accused under the Unlawful Activities (Prevention) Act, 1957 as IS had been notified as a terrorist organisation by the Union Government.