‘No Intra-Afghan Talks Till All Fighters Are Released’: Taliban Rejects Kabul’s Offer Of Releasing 1,500 Prisoners 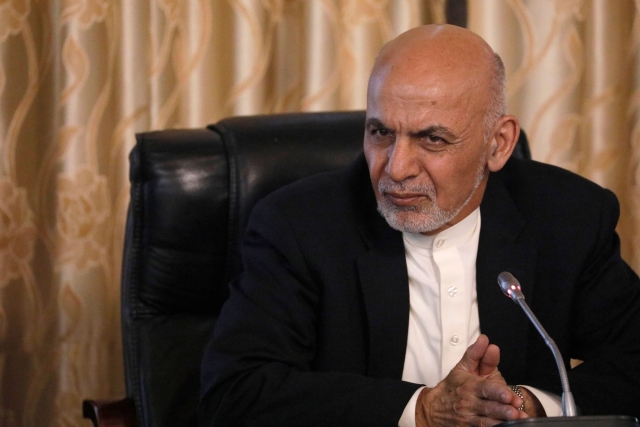 The Taliban, that had signed a peace deal in Doha Qatar on 29 March with the United States, have rejected the conditional prisoner release order which was announced by Afghanistan President Ashraf Ghani, reports Al Jazeera.

Suhail Shaheen, spokesman for the Taliban in Doha, Qatar on Wednesday (11 March), said, "It is properly explained in the peace accord that first 5,000 prisoners would be freed and then the Afghan dialogue would be initiated. We never agreed to any conditional release of the prisoners. If someone claims this, it will be against the peace accord that we signed on 29 February."

The demand made by the Taliban for the release of 5,000 Taliban prisoners was earlier refused by Ghani, which in turn resulted in the Taliban saying no to joining the intra-Afghan dialogue until the demand was met.

However, Ghani issued a decree for the release of 1,500 Taliban fighters which will be the first of two such phases.

Ghani's spokesman Sediq Sediqqi wrote on Twitter that, "President Ghani has signed the decree that would facilitate the release of the Taliban prisoners."

President Ghani has signed the decree that would facilitate the release of the Taliban prisoners in accordance with an accepted framework for the start of negotiation between the Taliban and the afghan government. Details of the decree will be shared tomorrow.

The release of 1,500 Taliban prisoners was an attempt of goodwill gesture to kick-start peace talks between the Afghan government and the Taliban. The rest of the remaining fighters were to be freed after the beginning of negotiations.

Ghani who was sworn in as president on 10 March, released the prisoners on the condition that the Taliban will not attack Afghan government forces.

However, it is not the Taliban that has complicated matters but the open feud between Ghani and his main rival, Abdullah Abdullah who also took a parallel oath of office on 9 March.

As Ghani was taking the oath of office in the Afghan Presidential Palace, explosions could be heard in the background as multiple rockets were fired. However, Ghani stood his ground while the people cheered him.

It is not clear who would represent Kabul in intra-Afghan talks, and according to an expert who specialises on the region, the Taliban has a clear advantage if they agree to start negotiations or simply continue their attack Afghan government forces as long as they stay away from US forces.

The peace deal that was signed between the US and the Taliban did not include the elected government of Afghanistan and since 29 February nearly 40 people have been killed in attacks, and 32 people were killed on Monday (9 March) at gathering and the Islamic State claimed credit.

Violence in the countryside remains too high as the Taliban control huge swaths of land, while the US has started withdrawing its troops as per the Doha accords. Plans have been drawn to reduce its presence to 8,600 soldiers, down from the current 13,000.