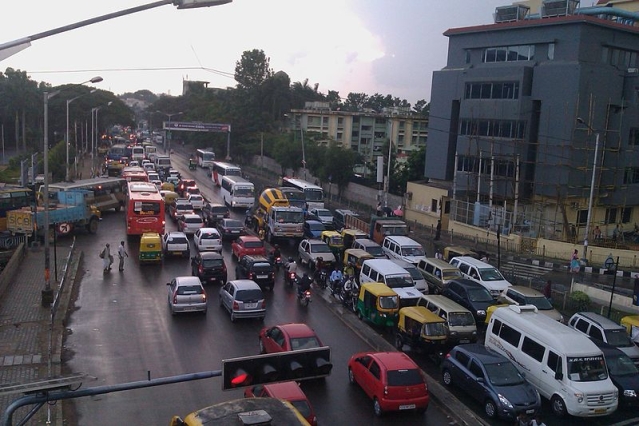 A Rs 12,000 crore plan that can free Bengaluru’s roads of some congestion has finally received a go-ahead from the Karnataka government.

On Monday, the B S Yediyurappa-led Cabinet approved the plan, called the Peripheral Ring Road Project, under which a 65-km road will be built to connect the suburbs of the city.

The road, which will be around 100 metres wide, will link Tumakuru (Tumkur) Road in the north-west of the city to Hosur Road through the Ballari Road and Old Madras Road, connecting half of the western-eastern-southern suburbs of Bengaluru.

Proposed in 2007, the Peripheral Ring Road (PRR) will decongest the existing roads in the city and improve connectivity to Electronic City, Sarjapur, Varthur, Whitefield, Hosakote and Kempegowda International Airport, among other places.

The PRR was initially planned as an elevated corridor to cut down land acquisition costs. But that’s no longer the case as the planners of the project have now decided to build the road at grade.

The road will have eight lanes, which is more than what the city’s Outer Ring Road and the NICE (Nandi Infrastructure Corridor Enterprises Road) corridor have --- they have six and four lanes respectively. The road will have also have a wide median to make construction of mass transportation systems such as the Metro in future easier.

The road will have pedestrian pavements and utility corridors, cycle paths and service roads. Five flyovers and four underpasses will be part of the road, which will intersect railway lines at five different locations in its entire stretch.

Under the new plan approved by the government, the width of the road has been increased from 75 metres to 100 metres. Earlier, 25 metres had been marked for commercial development. That plan has now been shelved.

Construction of the road will be undertaken under a public-private partnership. But tenders will be floated only after 80 per cent of the land acquisition is completed.

Given that the project has been in limbo for the past 12 years, its projected cost has gone up many folds. The state government has now approved Rs 8,100 crore for land acquisition and Rs 3,850 crore for developing the road.

Around 1,810 acres of land spread across 67 villages will be acquired for the construction of the road. The government plans to fund the acquisition of land on its own. The remaining funding would be obtained as a long term loan from the Japan International Cooperation Agency.

To simplify the process of land acquisition — which is the trickiest part of most infrastructure projects — the government has decided to pay full compensation to those losing less than two acres. These will be issued as per the 2013 Land Acquisition Act.

In cases where an individual is losing more than two acres of land due to the project, the government will pay compensation for 50 per cent of the land and will offer Transfer of Development Rights (TDR) for the rest of the land.

Using it, the landowner can avail multiple benefits, like constructing additional floors in a building. It can be used for development on the remaining piece of land or owned property at another location. The certificate can also be sold to other parties.

The TDR programme was first introduced in Mumbai in 1991 and had facilitated land acquisitions to proceed relatively smoothly for the many infrastructure projects in the city.