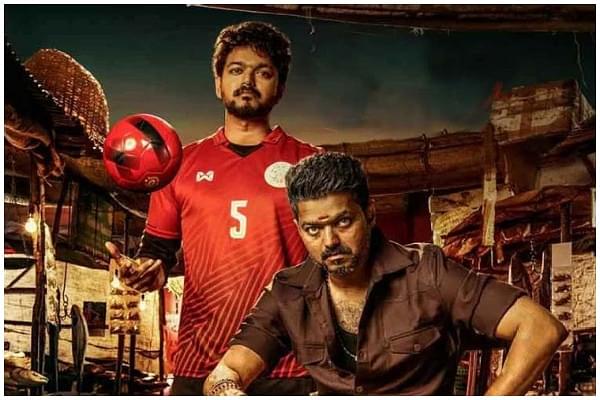 Even before the movie could be released, there were guesses aplenty from where the movie director Atlee Kumar drew his “inspiration” from to make the movie.

Atlee’s previous films Raja Rani, Theri and Mersal — the last two of them with Vijay in the lead role, were seen as contemporary versions of Mani Ratnam’s Mouna Raagam, Vijaykanth-starrer Chatriyan and Kamal Haasan’s Aboorva Sagotharargal (or Appu Raja in Telugu and Hindi).

Hindi actor Shah Rukh Khan — in a sort of left-handed compliment — gave away a part of the plot tweeting Bigil was like his hit movie Chak De on steroids.

And then began the guessing game on what all movies that could have gone into make Bigil. Malayala Manorama, in its review on the Tamil movie, said if someone termed the movie is Chak De weds Thevar Magan (Kamal Haasan’s hit film), so be it.

Tamil magazine Vikatan, which takes its review of movies seriously in view of the credibility it enjoys among its readers, had this to say: Starting from Thevar Magan, Thalapathy, Vetaiyadu Vilayadu, Baasha, to Chak De, Godfather, Irudhi Sutru and Raja Rani the film (Bigil) has many reference scenes and dialogue to keep running and running… running

“The film goes on running the way Imran Tahir (South African cricketer) runs after taking a wicket… It runs even after the film gets over (people are waiting like ‘Atlee please open the door’) to get back home.”

A couple of people who watched the movie say Atlee has also “drawn inspiration” from a scene in the Hollywood movie Pele.

With the movie director plagiarising scenes and screenplay from so many films, he doesn’t seem to have got the desired results. Reviews for the movie are mixed, though indications are that Kaithi, the movie which competed at the box office against Bigil, has left viewers and reviewers impressed.

A few reports quoting so-called analysts say Bigil has grossed over Rs 100 crore in three days even as these figures are being questioned.

But apart from Vijay’s die-hard fans, most of the people are bitter with the way the movie has turned out to be. One person said on the social media that the movie was Sura 2, the second version of Vijay’s movie Sura which was a disaster at the box office, according to his friend who was a Vijay fan.

Another tweeted a classic reaction of a viewer coming out of the theatre that sums up what the film is.

The movie producer and others connected with it would want us to believe that the movie is a hit but the reaction of the average viewer is one of disappointment.

There have been examples of people who are opting out of watching the movie following feedback from viewers.

The irony is that Vijay-Atlee combination’s earlier film Mersal could have also bombed at the box office. In fact, it opened to poor reviews.

But thanks to protests from then Tamil Nadu Bharatiya Janata Party (BJP) president Tamilisai Soundararajan and BJP national secretary H Raja — the movie had anti-GST dialogues — the movie grossed over Rs 200 crore.

The movie became a hit as the media played up the BJP protests and with anti-Modi sentiments coming into play, the producers laughed all the way to the bank.

This time, there are claims, on behalf of the producers, that the movie has grossed Rs 100 crore but the jury is still out.

The claim only reminds people of how another Tamil film Sivaji starring Rajinikanth was declared a hit. But when the producers tried to release their next film, all theatre owners were up in arms seeking a refund of the money they lost in screening Sivaji.

Some hilarious events also took place before the release of Bigil. A group of Vijay fans hung themselves from hooks at a temple, praying for the success of the film, making people wonder where a state like Tamil Nadu that claims to believe in atheism more than other states is heading to.

As of now, #Bigildisaster is trending more than claims on its collections of its success. There are also fears of how the theatres will get filled once the holidays get over today. That, probably tells us the whole story.