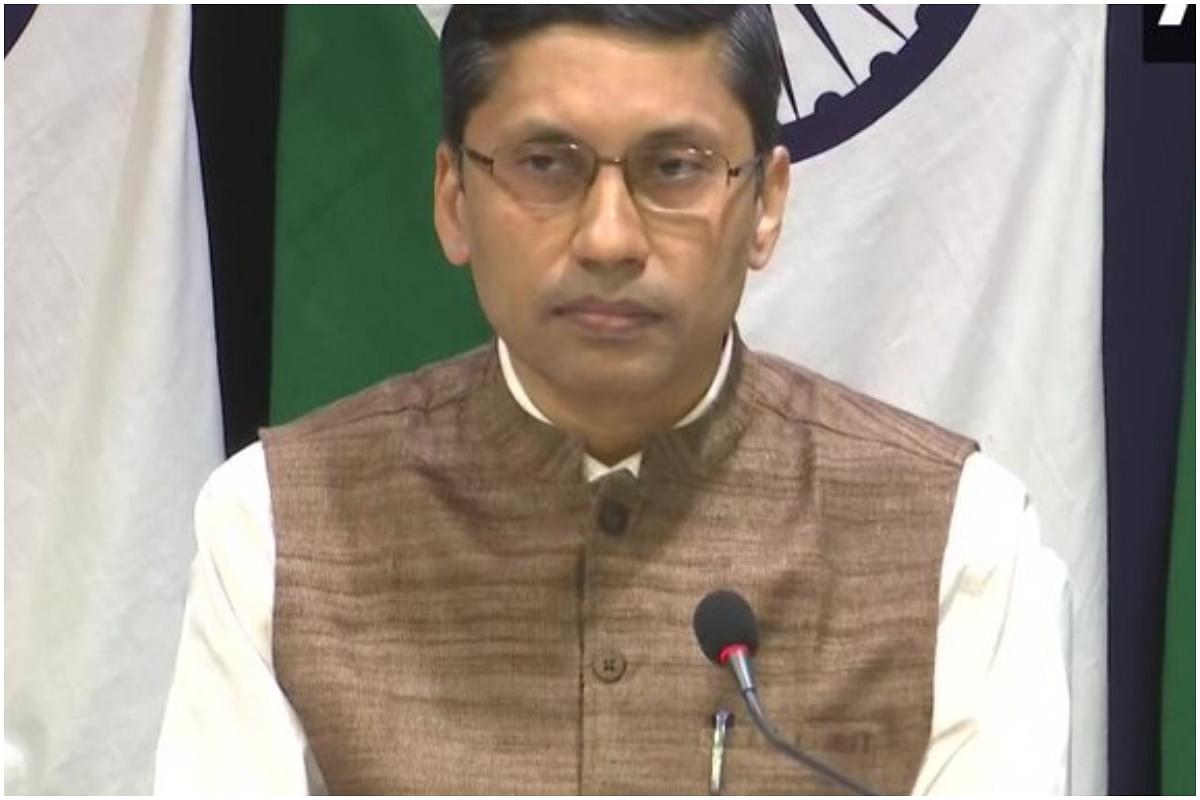 The Ministry of External Affairs (MEA), yesterday, said its “primary and immediate” concern was to curb any terrorism threat to India emanating from Afghanistan under the Taliban-led regime. The outfit is expected to form the next government based in Kabul or Kandahar in the next few days.

MEA spokesperson Arindam Bagchi at the MEA’s weekly media briefing was responding to questions on the reasoning and nature of the meeting between the Indian Ambassador to Qatar and the chief of the Taliban political office in Doha.

He repeated that the meeting had been requested for by the Taliban.

Taliban interlocutor Sher Mohammad Abbas Stanekzai, who is slated to be the Foreign Minister of the new Afghan government, had reportedly sought the meeting with Indian Ambassador to Qatar, Deepak Mittal.

The MEA neither confirmed nor denied whether India still considered the Taliban a terrorist group. With most Indians now evacuated from Afghanistan, the Government of India on Thursday said it was still too early, and the government used the meeting to convey its concerns to Taliban.

“Let us just treat the Doha meeting for what it is... it’s just a meeting. These are very early days,” MEA spokesperson Arindam Bagchi was quoted as saying by The Hindu when asked if India could consider recognising the Taliban government.

The report also quoted officials as saying that a decision on the same is likely to be announced soon. “We used the opportunity to convey our concerns, whether it was on getting people out [from Afghanistan], or on anti-India terror-related activities. We received a positive response,” he said.

Asked why the Taliban had asked for the meeting, Bagchi said he “presumed that the Taliban wanted to reach out to all countries which have interests, and are relevant”.

“Without thinking, we would not have taken such a step [meeting the Taliban]. Our main, primary and immediate concern is that the Afghan soil should not be used for anti-India activities or terror activities. This is our focus.”

Bagchi, however, did not reply to a question about the Pakistan-sponsored Haqqani Network, a UN-designated terror group and a key part of the Taliban.

Sirajuddin Haqqani, deputy leader of the Taliban, is believed to be responsible for a number of attacks on the Indian Embassy and consulates in Afghanistan including a suicide bombing in 2008 in which Indian diplomats were among the 58 people killed, and the attack on Gurdwara Har Rai Saheb in Kabul in 2020, in which 25 people were killed.

The Gurdwara attack was reportedly carried out by Haqqani Network in collaboration with the Islamic State of Khorasan Province (ISKP).

Bagchi also informed that the 24x7 Afghanistan special cell was in touch with the "very few" Indians remained to be evacuated from Afghanistan.

The presspersons also asked why the announcement of the meeting has only been made by Delhi despite the Taliban reportedly requesting the meeting.

Since Tuesday, Taliban spokesperson Muhammad Naeem Wardak has issued tweets on engagements with diplomats from Canada, China, the Netherlands and Turkey, but has given no intimation of the meeting with India.

“That is up to them, and I would refer you to the [Taliban] for answers,” Bagchi said, adding that there had been no particular “thought” behind the fact that no photograph of the event had been recorded.

Soon after the India-Taliban meeting in Doha, Pakistan’s Interior Minister Sheikh Rashid Ahmed asserted the special bond between Pakistan and Taliban, saying in a TV debate, “We are the custodians of Taliban leaders. We have taken care of them for a long time. They have got shelter, education and a home in Pakistan. We have done everything for them.”

However, since the fall of Kabul on 15 August, Taliban spokesperson Zabihullah Mujahid has spoken on four occasions about issues that matter to Pakistan.

At an initial press conference, he refused to extend the general amnesty to former Pakistani military ruler General Pervez Musharraf.

He also refused to follow the Pakistani position on the contested Durand Line, which is a sensitive issue for the Pashtun community that resides in both Afghanistan and Pakistan.

“We are still in the process of forming a government, but the Durand Line is an important matter for our nation and it will be what the nation wants,” he said.

It is expected that Taliban’s military success will enthuse the Pashtun population in the Pakistani territory.

On the Kashmir issue, Mujahid followed the line laid by Stanekzai. Stanekzai had described India-Pakistan tension as “political and geographical”, and urged both countries to not use Afghan territory to deal with that dispute.

“Kashmir is an issue between India and Pakistan. We have nothing to do with issues that are internal to our neighbours,” he said.