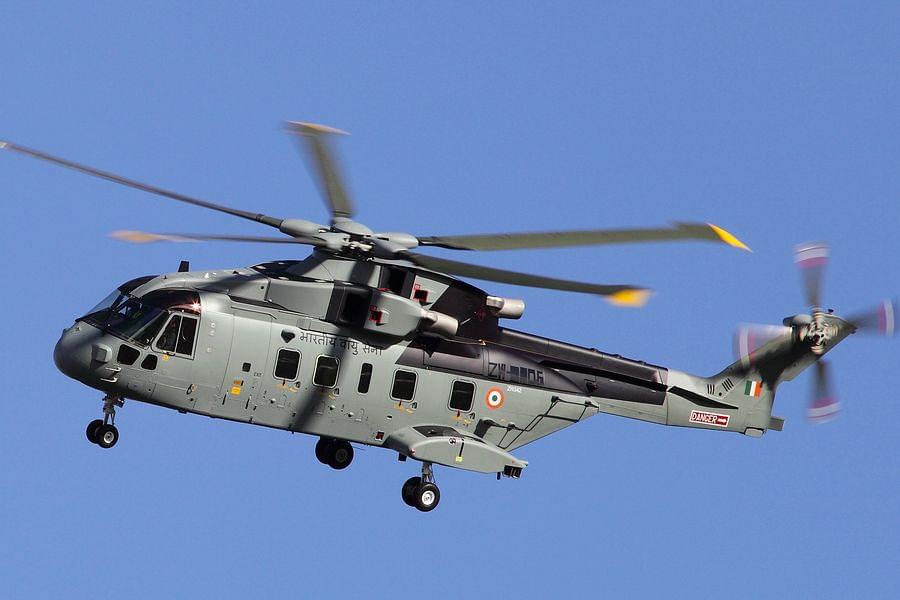 In an elaborate report, it has been revealed that Rajiv Saxena, prime accused in the Agusta Westland VVIP chopper deal case, has informed the Enforcement Directorate (ED) about the investments and entities through which the supposed kickbacks were channelled.

Saxena, a chartered accountant, was extradited to India from Dubai in January 2019.

He has named senior Congress leader Kamal Nath’s nephew Ratul Puri and defence dealer Sushen Mohan Gupta as being involved in these dealings during the course of the interrogation.

The ED attached Saxena’s assets worth Rs 385 crore and has now appealed for his divesting his approver status as he failed to disclose the complete details and facts of the case.

The CA’s statements claim that his role was merely “limited to the structures and managing the execution” for other important individuals such as Sushen Mohan Gupta, Ratul Puri and Gautam Khaitan.

However, the Letters Rogatory’s information from Mauritius and Italy put light to the fact that the alleged middleman, Christian Michael’s company Global Services, made payments worth around $0.94 million to four of Saxena’s companies.

Who is Christian Michel?

Michel is little known to the public. There seems to be no evidence of his business details on the internet. In spite of low coverage in media, Michel is very well connected in Defence establishments in New Delhi, according to the reproduction of an Italian newspaper report titled “Christian Michel, the English middleman of Finmeccanica”.

Finmeccanica is the manufacturer of Agusta Westland choppers.

Upon being interrogated with the documents that ED received from Mauritius, Saxena termed them to be “clever forgeries”.

But, he acknowledged to have been a partner in investment deals through which the kickbacks were routed.

“As regards the investment made by Matrix Group Limited (Saxena’s company), through its fully owned subsidy Rigel Power Limited into Optima Infrastructure P Ltd in India, I can confirm that funds received directly or indirectly from Interstellar Technologies Limited and Global services FZC have flowed into this investment… a part of this investment was arranged by him (Ratul Puri) from remittances from Global Services FZC which, I was unaware at that time, had received funds from Agusta Westland,” he said to ED.

The CA revealed that he, along with Gupta and Puri, discussed “various business propositions”. This included acting as an intermediary in a trade of solar panels between Moser Power and the suppliers.

Saxena’s company, Midas Metal Int Ltd, was the mediating entity and he provided ED a flowchart of the sequence of events.

Ratul Puri’s company, Optima Infrastructure Ltd, was set to invest in a hydro power project. This was the trio’s second joint venture as Saxena accepted that he structured an investment in Puri’s entity.

“He (Ratul Puri) proposed we set up a special purpose vehicle in Mauritius (a company called Rigel Power Limited, based in Mauritius) to invest in his company Optima Infrastructure, which was the vehicle investing in his downstream Hydro Power project. The total investment was estimated at $50 million, of which we were to put in $5 million,” the accused confided to ED.

He further added, “Mr Puri mentioned that he would be seeking to attract private equity investment for the sum of $50 million for which he was in discussions with major international institutions… the total value of the trade deals between Moser Power and Midas Metals over a period of two to six years would have been around $240 million.”

The fee for this deal was supposed to be approximately $1 million. However, Moser Power couldn’t secure the proposed investments and hence the payments to the suppliers in China were defaulted.

“As this default was not due to any act of ours, Moser Baer agreed to bridge the gaps in the funding to enable Midas Metals to complete their payment obligations… payments were organised by the finance team of Moser Power and we were informed that we would receive funds from different companies but not from their account which may be from hawala operators to clear the liabilities. Till date, due to funds diverted for the investment in Rigel, we have an uncovered liability in excess of $21 million,” Saxena revealed.

The parties managed to find a way to partly offset the deficit in October 2014. Through this agreement, financial assets of Puri’s company Equinox Ocean Holdings Ltd were to be transferred to the Matrix Group.

Saxena mentioned that he received payments on multiple occasions from an offshore company named Pristine River for his business with Optima Infrastructure Pvt Ltd or Moser Power.

He claimed that Pristine River was, in fact, the company that was “managed” for Kamal Nath’s son Bakul Nath.

A detailed 62 pages of Ratan Puri’s accounts were provided to ED. In that, four round-figure payments amounting to $20 million were transferred to Pristine River by Nitin Bhatnagar in 2014.

Saxena claims that Puri introduced him to Bhatnagar in 2013 and he was the Managing Director of Bank J Safra Sarasin in Dubai back then.

However, he formed his own real estate company later on and was interrogated by the ED earlier this year in New Delhi.

Saxena claimed that Nitin Bhatnagar was the relationship manager of Pristine River Investments Ltd with the Bank of Singapore prior to that.

Responding to his role in the whole case, Bhatnagar said to the Indian Express, “The questions raised and answers sought are designed to prejudice and influence an on-going investigation. I have fully participated and cooperated in the investigation. I was only a manager in the Bank of Singapore and have been based in Dubai for the last over 18 years. I have nothing to do at all with the Agusta Westland case or any of the accused. Information sought from me has been given to the investigating agencies and am advised not to interact with the media since media reportage of an on-going investigation would clearly amount to interference in the administration of justice.”

The key accused even explained that Pristine Rivers received payments worth around $18 million between 2011 and 12.

“These funds came back to us amounting to approximately $18 million which was once again paid back to them later through Vera Development and Maceal Investments,” Saxena said.

Apparently, even the Monetary Authority of Singapore had posed questions regarding the source of payments made to Pristine River. But, Saxena declared that he was unaware of the existence of a “trust structure” behind the offshore company until ED showed him the relevant documents last year.

Ratan Puri brushed aside any allegations made by Rajiv Saxena and raised questions over his genuineness, given that ED is working towards stripping him of his approver status too.

Replying to Indian Express via his lawyer Naveen Kapalia, Kamal Nath’s nephew said, “You are hereby informed that the entire email sent by you pertains to Sh Rajiv Saxena… though he was earlier declared an Approver, but the ED has itself filed an application before the Ld Special Judge, seeking cancellation of his approvership, clearly showing that the ED itself does not trust Sh Rajiv Saxena. In such a complex fact situation, levelling any allegations by relying upon him or in the context in which it was depicted to be reported, shall amount to misreporting and spreading falsehood.”