Privatization Of Two PSBs And One General Insurer Unlikely To Be Completed This Fiscal: Report 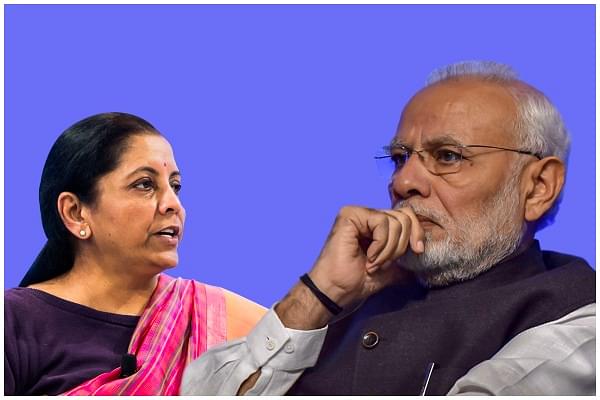 The central government is unlikely to complete the privatisation of two public-sector banks (PSBs) and a general insurer, as envisaged in the Union Budget 2021, in this fiscal year, as per an exclusive report by Money Control.

One of the top officials told the publication above that the Prime Minister Narendra Modi-led government now considers taking up the privatisation of the three entities in FY 2022-23.

This is said to be a new policy territory for the government. Moreover, Union Finance Minister Nirmala Sitharaman's assurance of no job losses resulting from these measures means that completing the entire process will require a longer time than previously estimated.

"This process is about the privatisation of state-owned financial companies, a new territory in terms of policy and a reversal of bank nationalisation. Also, the finance minister has promised there will be no job losses as a result of privatisation. Framing the contours of the deal and finding a suitable buyer will take time," the concerned official was quoted in the report.

The officer explained that the lengthy process includes finding suitable buyers whilst simultaneously ensuring that the two lenders aren't downsized to any extent.

The names of banks and the insurer to be privatised will first be assessed by a Cabinet Secretary-led committee, then go to an empowered group of ministers and finally seek the Union Cabinet's nod led by Prime Minister Narendra Modi.

Subsequently, the Department of Investment and Public Asset Management (DIPAM) will appoint legal and transaction advisors, following which the chosen advisors will assist the government in discovering suitable buyers.

Further, legislative amendments would have to be made to the Banking Companies (Acquisition and Transfer of Undertakings) Acts of 1970 and 1980 along with the Banking Regulation Act.

The Central Bank of India and the Indian Overseas Bank are stated to be the two PSBs to be privatised this year. Among the insurance companies, one of National Insurance, Oriental Insurance and United India Insurance could be sold to a private buyer.

The government has set a divestment target of Rs 1.75 lakh crore for the current fiscal. A second official quoted in the report affirmed that the government is confident of meeting that objective.