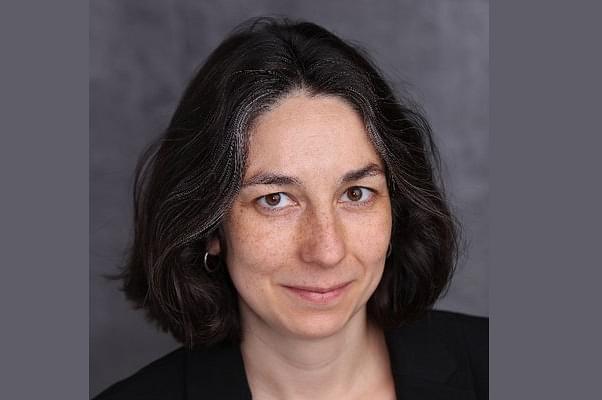 In a tacit approval to Hinduphobia being spearheaded by one of its faculty members, United States' New Jersey-based Rutgers University has refused to take any action against Audrey Truschke, and instead extended its "emphatic" support to her.

In a statement issued on 9 March, the University said that it received expressions of concern from members of the Hindu community about views expressed by Professor Audrey Truschke on Twitter.

It should be noted that Truschke's has been at the forefront of whitewashing the bloodstains off Aurangzeb’s hands, despite historical evidence suggesting exactly opposite.

Truschke’s major contribution to Hindu-bashing was her attempt to “loosely” translate Sita’s reproach of Rama during her “agnipariksha”. Truschke claimed that in the Valmiki Ramayana, “during the agnipariksha, Sita basically tells Rama he’s a misogynist pig and uncouth”.

The Rutgers varsity professor was, however, trashed by the very scholar she quoted - Robert P Goldman - to support her loose translation.

"I find it extremely disturbing but perhaps not unexpected to learn that AT (Audrey Trushcke) has used such inappropriate language and passed it off as coming from Valmiki. Neither the great poet nor we used anything like such a vulgar diction and certainly Sita would never have used such language to her husband even in the midst of emotional distress. Nowhere in our translation of the passage do we use words such as you mention AT as using," Goldman was quoted as saying in reply to a mail by a Florida-based IT professional Venkat Vaikuntanarayanan.

However, Rutgers, instead of taking action over Trushke's Hinduphobia, chose to ignore it "emphatically" supporting her "academic freedom" in pursuing scholarship.

Further, the University also called for an "immediate end" to alleged vile messages and threats being directed toward Truschke.

"Rutgers emphatically supports Professor Truschke's academic freedom in pursuing her scholarship, abhors the vile messages and threats being directed at her, and calls for an immediate end to them," the statement said.

It further added that "scholarship is sometimes controversial, perhaps especially when it is at the interference of the history and religion, but the freedom to pursue such scholarship, as Professor Truschke does rigorously, is at the heart of the academic enterprise".

As written by R Jagannathan, Audrey Truschke was among the Hinduphobics who led the attack on the 2018 World Hindu Congress (WHC).

"Among the Hinduphobics leading the attack on the WHC was usual suspect Audrey Truschke, who has devoted her academic career to washing the bloodstains off Aurangzeb’s hands, never mind that even strong acids do not help her, given the weight of historical evidence. Her attempted whitewash of this Islamic bigot’s anti-Hindu rule has been matched by equal efforts to demonise those whom the Hindus revere.

Truschke’s major contribution to Hindu-bashing was her attempt to “loosely” translate Sita’s reproach of Rama during her “agnipariksha”. Truschke claimed that in the Valmiki Ramayana, “during the agnipariksha, Sita basically tells Rama he’s a misogynist pig and uncouth”. Commonsense alone would suggest that such language was unlikely from a spirited woman of that era, even given her anger with Rama over his decision. Truschke was trashed by the very scholar she quoted to support her loose translation. Quite clearly, her anti-Hindu bigotry got the better of her alleged scholarship, which has not been much in evidence lately."