ShareChat Becomes New Unicorn Of 2021 After Valuation Jumps To $2.1 Billion With $502 Million Funding 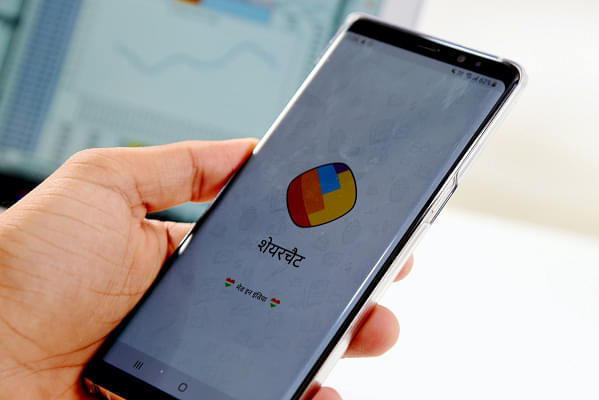 This is over a three-fold jump in the firm’s valuation from $630 million during the pre-Series E round in September last year.

While confirming the news, Ankush Sachdeva, the co-founder of ShareChat, wrote on Twitter: “Excited to share that we have raised $502mn at $2.1bn valuations from Tiger Global, Lightspeed, Snap, Twitter and others. This capital will help us accelerate our journey of building India's largest AI-powered content ecosystem.”

Excited to share that we have raised $502mn at $2.1bn valuation from Tiger Global, Lightspeed, Snap, Twitter and others
This capital will help us accelerate our journey of building India's largest AI-powered content ecosystem.
Read more about journey - https://t.co/j3IGIsRJ7G

ShareChat has nearly 160 million monthly active users and is available in 15 local languages such as Bengali, Tamil, Malayalam and Assamese.

According to a blog post shared by the company, after building the video app in 30 hours, the platform has scaled to 120 million monthly active users within just nine months.

Moj was launched soon after the ban on Chinese-linked apps by the Indian government in June 2020.

It successfully gained 50 million downloads within 45 days of launch.

Currently, Moj is counted among the top Indian short video apps which also include MX TakaTak and Dailyhunt’s Josh.

ShareChat and Moj, on both platforms, the content consumption is driven through an artificial intelligence-based content feed.

“We focus on how to best match a new content with a minimum set of relevant audience and keep expanding the exposure of that content in the neighbourhood of users who engage with it,” explained the blog post.

This process is important because the company uses such representations to match a post to the right users, specifically in the early part of a post’s lifecycle.

ShareChat also uses such models to address safety and trust issues on the platform such as removing NSFW and spammy posts.

Sachdeva has explained the plans for ShareChat in the blog post. He also mentioned about the large short-video market in China — with around 80 per cent of the entire Internet population using one of the short-video products such as Douyin and Kuaishou daily.

"We are at a significant inflection point in our company’s journey — as the Internet penetration further deepens in India, we are well-positioned to expand our ecosystem of products to 1 billion plus monthly active users cumulatively,” Sachdeva said in the post.