State Of Economy During Covid-19 Pandemic: Here Are Numbers Pointing To Recovery 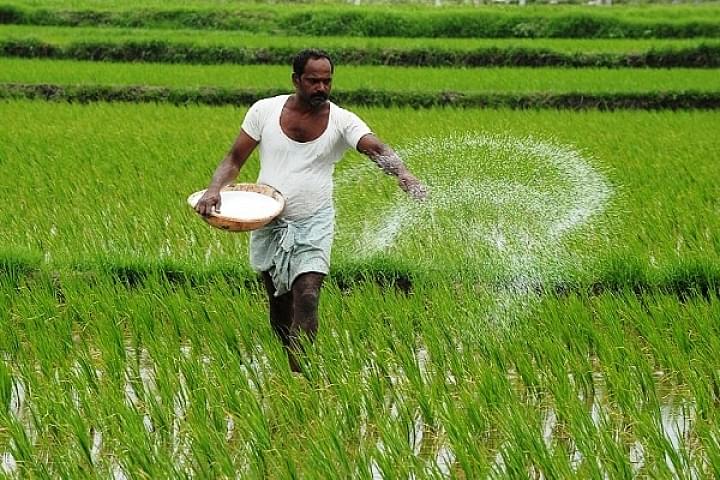 A farmer in his field.

Indian economy is witnessing a recovery led by Bharat going by indicators for June such as rise in digital payments, goods and services tax (GST) collections, the sowing of kharif crops, realisation from rabi harvest, and sales of seeds, tractors and two-wheelers.

The recovery will likely continue as the Narendra Modi government is ensuring more circulation of money in the rural parts, while a timely monsoon and higher water storage levels in reservoirs augur well for the coming months.

A surge in rural employment through the Mahatma Gandhi National Rural Employment Scheme (MNREGS) is also helping the economy to rebound.

Collection of GST rebounded in June to Rs 90,917 crore compared with Rs 62,009 crore in May. The gross revenue collected was 91 per cent in comparison with the collections in May last year.

Of the total collections, domestic transactions were 97 per cent compared with the same period last year. A government press release said that the June collections, however, showed returns for February, March and April too.

But the fact that collections were higher than May is a proof of economic activities picking up since June.

The government said that going by the collections since April, there was a recovery in GST revenues.

Buoyant economic activities in rural areas have ensured that digital transactions were at a record high in June rather than rebound from the pre-coronavirus pandemic levels.

Reports said that 1.34 billion transactions took place through Unified Payments Interface (UPI), the flagship digital payment platform of the National Payments Corporation of India (NPCI) in June, a record in volume and value.

Transactions were nearly 9 per cent higher than 1.23 million seen in May with their value rising 20 per cent to Rs 261 crore from Rs 218 crore during the period.

According to experts, digital payments have got a leg up as people have switched over to contactless payment due to coronavirus.

Digital transactions have also gone up since the government has been transferring all benefits to its targeted sections directly in their bank accounts.

Early signs of the economic recovery have actually come from farmers’ sowing of kharif (summer) crops.

According to the Ministry of Agriculture and Farmers Welfare, the area under sowing of various kharif crops up to 28 June was more than double at 31.56 million hectares (mh) compared with 15.45 mh during the same period last year.

This year’s kharif sowing so far is also higher than the normal 18.76 mh, data from the ministry showed.

Kharif sowing has been aided by a good monsoon, which covered the entire country 12 days ahead of schedule. According to the Indian Meteorological Department, there has been a 15 per cent excess rainfall across the country after the south-west monsoon set in on 1 June.

This has, in turn, improved the water storage level in the 123 major reservoirs across the country by 90 per cent compared with normal storage.

A bumper harvest of rabi crops and good remuneration for them have also encouraged farmers to go in for higher kharif sowing.

Growers have reaped double bonus for their rabi crops as they have not only got a bumper harvest but payment for their produce has been good in view of better realisation.

Besides, the Centre procurement of foodgrains such as wheat and rice from the growers for the central pool besides ensuring the fixed minimum support price (MSP) have put more money in rural areas.

Sales Of Seeds At Best In Recent Years

One of the effects of these trends is a rise in sales of seeds for the crops.

Hyderabad-based Kaveri Seeds has projected that sales of seeds will be the best in seven years this year (July 2020-June 2021).

According to Hemant Jain, a Ranchi-based automobile dealer, kharif sowing will be good since the government has brought in agricultural reforms such as allowing farmers to sell their produce anywhere in the country.

He said in view of vegetables being immuno boosters, cultivation of horticulture crops has gained importance. Change in dietary habits due to coronavirus have also brought in demand for vegetables.

The bounty from the rabi harvest has resulted in tractor sales picking up besides two-wheeler sales showing buoyancy.

Mahindra and Mahindra told the National Stock Exchange yesterday (1 July) that its tractor sales in June were the second-best ever.

While tractor production across the country increased by 50 per cent in June compared with May, manufacturers such as Escorts, Tafe and Sonalika have reported higher sales last month compared with the same period a year ago.

A feature of tractor sales, particularly in rural areas, is that farmers are queuing up to buy with cash in hand. With manufacturers giving priority to cash sales, there is more liquidity in their hands.

Two-wheeler sales are picking up, though they were lower in June compared with the same period last year. However, they were higher compared to May. Dispatches from factory-gate of manufacturers such as Hero MotoCorp and Honda Motorcycles India quadrupled and trebled respectively.

Some dealers in North India are reporting a 12 per cent rise in sales of two-wheelers with their inventories almost reduced to zero.

Dealers and analysts expect two-wheeler sales to continue to be buoyant over the next few months, especially in view of hopes over the kharif crop also being good.