Tamil Nadu By-Elections: Chief Minister EPS Proves He Is A Better Strategist Than His Rival Stalin 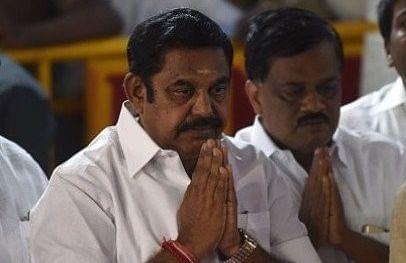 The ruling All India Anna Dravida Munnetra Kazhagam (AIAMDK) party has won both the seats in the by-elections to the Vikravandi and Nanguneri Assembly constituencies.

The AIADMK has wrested the Vikravandi constituency in Villupuram district and Nanguneri in Tirunelveli district from the Dravida Munnetra Kazhagam (DMK) and the Congress, respectively.

It has thus increased its strength in the assembly to 124 and has, to an extent, made up for the disappointing results from earlier this year.

More importantly, these by-elections have brought the AIADMK back to its winning ways. It shows that the under-rated Tamil Nadu Chief Minister Edappadi K Palaniswamy (EPS) has begun to assert himself as the party’s strong man.

Moreover, EPS has proved to be a better strategist than the DMK President M K Stalin, who has been trying his best to dislodge the chief minister over the last two years.

These wins have also shown that the AIADMK — by roping in Pattali Makkal Katchi (PMK), Bharatiya Janata Party (BJP) and actor Vijaykanth’s Desiya Murpokku Dravidar Kazhagam (DMDK) — has formed an alliance to reckon with in Tamil Nadu.

PMK founder-leader Dr S Ramadoss campaigned for the AIADMK candidate in Vikravandi vigorously. DMDK founder Vijayakanth, after a long time, made a rare appearance at a meeting for the Nanguneri AIADMK candidate.

The BJP also chipped in with its leaders and workers in both constituencies to help the AIADMK fare well.

The bypoll in Vikravandi was necessitated following the death of DMK legislator K Rathamani in June. The Nanguneri assembly seat fell vacant when H Vasantha Kumar of the Congress resigned after getting elected to the Lok Sabha in May.

Though Tamil Nadu was facing only by-elections for two assembly seats, the DMK had raised the stakes for these seats, particularly in Vikravandi.

The Vanniyar community dominates the Vikravandi constituency. M K Stalin, going all out to win the seats, promised the community 20 per cent reservations in the state. He also assured a memorial for Vanniyar leader A Govindasamy if DMK was voted to power.

The assurances drew sharp criticism from S Ramdoss, who said that the DMK was, perhaps, making such promises fearing defeat.

Not just that, DMK projected itself as some sort of guardian for the Vanniyar caste by targetting Ramdoss while campaigning. The party’s Dharmapuri MP S Senthilkumar even visited the burial site of the sandalwood smuggler, Veerappan, to try to drive home the point that the DMK had the welfare of the community in mind more than the PMK.

Stalin also said that the DMK would get back to power soon, ridiculing EPS as one who had become a chief minister by accident.

AIADMK’s victory in Nanguneri is also significant because the Puthiya Tamizhagam, which represents the Devendra Kula Vellalar (DKV) community, had boycotted the by-elections. This party was part of the AIADMK alliance during the Lok Sabha elections in May.

In fact, people from some of the villages populated with the DKV community didn’t turn up for voting during the by-elections.

The DMK, meanwhile, had continued to call the ruling AIADMK government in Tamil Nadu as a “puppet of the centre”. In a way, this charge seems to have worked in the AIADMK’s favour what with the Sino-Indian summit at Mamallapuram, 50 km from Chennai, taking place just during the campaigning period.

The Sino-Indian summit and Prime Minister Narendra Modi’s gestures to the people of Tamil Nadu helped the AIADMK garner a good number of votes in both constituencies.

Other leaders such as Deputy Chief Minister O Panneerselvam also campaigned for the AIADMK but given the fact that he was under tremendous pressure, EPS has done well to bag both the seats for his party.

The arrest of P Chidambaram, a former union minister and a senior Congress leader, did nothing to help the Congress in Nanguneri.

There is also a view that the DMK has perhaps lost its focus on Tamil Nadu by constantly targetting the Modi government at the centre on issues such as Hindi imposition.

Stalin’s targeting of PMK, too, didn’t work, particularly since the DMK was in direct contention with the AIADMK.

Unfortunately, money has played a part too, although both camps splurged cash on the voters. But for this blot, the AIADMK and EPS have done well to rebound, particularly in wresting seats from the opposition.