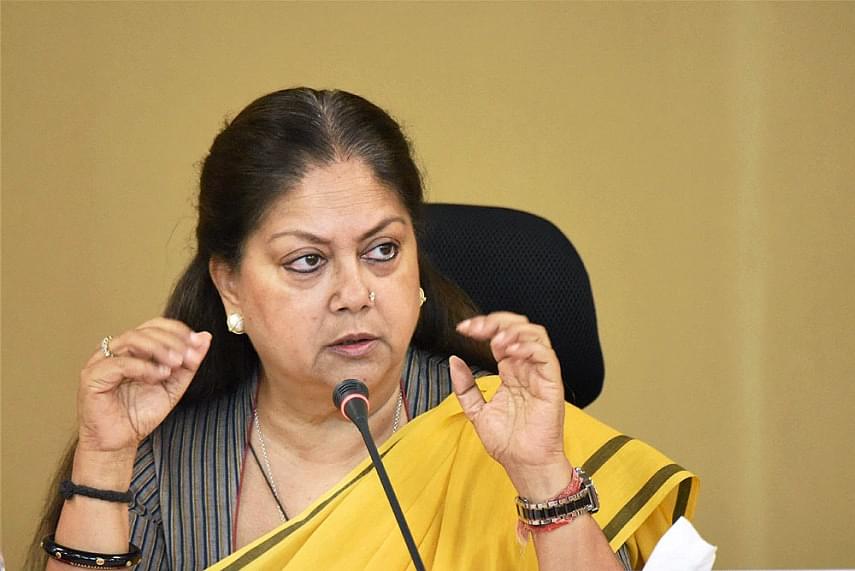 Former chief minister of Rajasthan and senior Bharatiya Janata Party leader Vasundhara Raje Scindia's appointment as one of the national vice presidents in the party's national office bearers' team has marked a new chapter in her presence in Rajasthan politics.

The announcement of a bigger role for Scindia in the core team is expected to increase the presence and influence of her supporters in the party's state affairs.

Raje was criticised over her silence on the political crisis that took place in the state. The local media has previously reported that the state unit wanted Raje to look towards Delhi instead of becoming active in Rajasthan politics.

Some had even expressed her displeasure over her plans to travel across the different districts in the state. She then headed to Delhi for meetings with senior leaders in the central leadership. The announcement of her name in the team of national officer bearers places her, as per their perspective in a "Delhi-centric role".

The local press has a mixed response to the development. A section feels that the development will increase the influence of Raje's camp on the existing pattern of power composition and activities under BJP state head Satish Poonia. On the other hand, other sections of local media hint that Raje's image as a Delhi-centric leader will keep her off the zone of activities and appointments dominated by some local leaders.

Meanwhile, she appears comfortable in the national role, where she is respected as "didi" (elder sister), and daughter of one of the most inspiring woman leaders and founding leaders, Rajmata Vijayaraje Scindia.

This warming scenario is different from the state scenario, where the impression created by reports in the local media is that of an unwelcoming attitude and friction existing between the local leaders and Scindia.

Scindia has expressed her grief and condolences on the death of former external affairs minister and senior BJP leader Jaswant Singh Jasol.

Some sections of media have highlighted the perceived phase of acrimony between late Jaswant Singh and Scindia and the two families on the electoral pitch.

Scindia's continuing presence in the national role in the same week as Singh's death following a long inactive period in politics due to the senior leader's health is being seen as an end of a chapter, and beginning of new, in Rajasthan politics.