Tibet: 78% Of Children Separated From Parents, Forced To Study In In Chinese Colonial Boarding Schools As Part Of 'Sinicization' Agenda 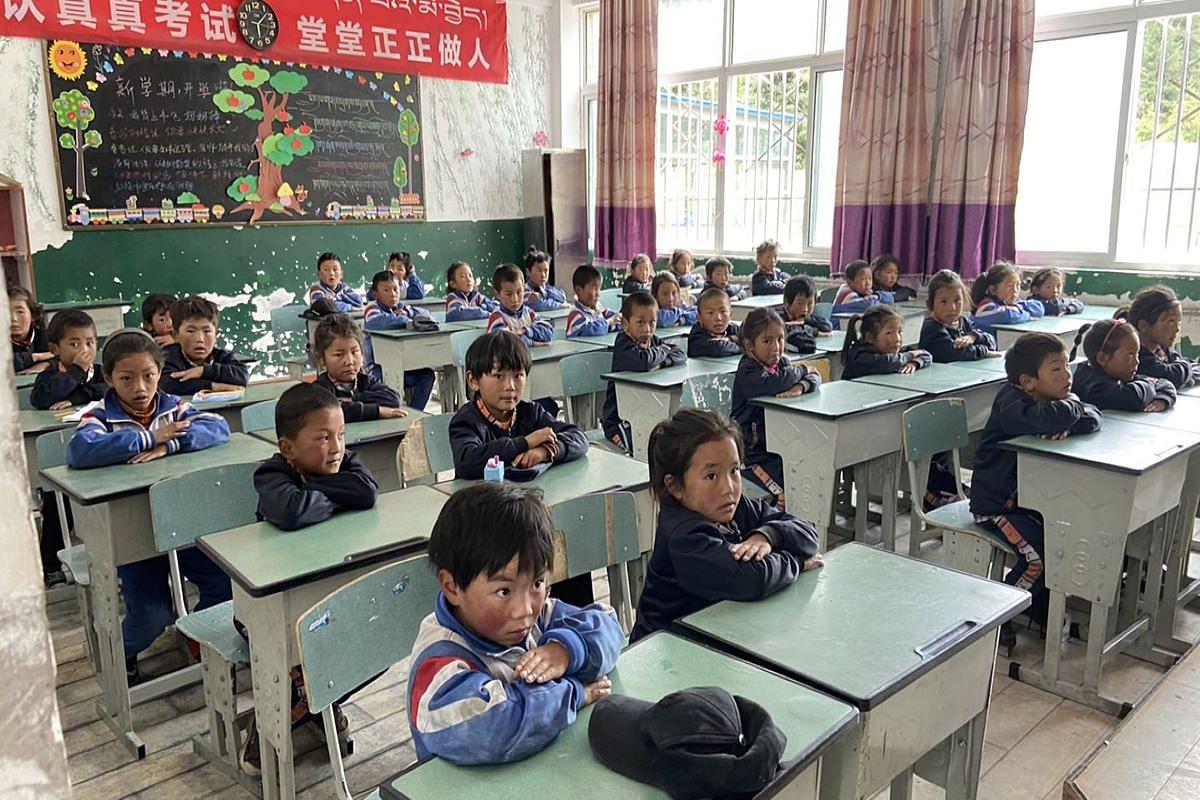 Chinese government policies are forcing three out of four Tibetan students into a vast network of colonial boarding schools, separating 800,000-900,000 children aged 6-18 from their families and communities, according to a report by Tibet Action Institute, an advocacy group dedicated to advancing the Tibetan freedom movement.

The report says that these network of boarding schools are a cornerstone of Chinese president Xi Jinping’s campaign to eliminate Tibetan identity and supplant it with a Chinese nationalist identity in order to neutralize any resistance to Chinese Communist Party (CCP) rule.

Tibetan boarding school students are experiencing great emotional and psychological distress, including extreme feelings of loneliness and isolation, as a result of being separated from their families, communities, and culture, the report stated.

The report alleged that the China’s colonial boarding school system in Tibet violates multiple international human rights treaties, including those to which China is a party, as well as China’s own domestic laws.

Tibetan parents are forced to send their children to boarding schools due to a lack of alternatives and are unable to advocate for other options in repressive environment unleashed by China's communist regime.

The report carries testimonial from Tibetans on tactics of intimidation and threats deployed against them by Chinese authorities to send their children to Chinese colonial schools.

The report says that the kids are under the risk of losing their mother tongue and connection to their cultural identity because because instructions are primarily in Chinese. Since the children are forced live apart from their families and communities, they are unable to practice their religion, the report added.

The children are also subjected to a highly politicized curriculum intended to make them identify as Chinese, the report alleged.

The report calls the practice of sending Tibetan children to state-run residential schools "an insidious tool in the larger project of forcing Tibetans to adopt a homogenous, patriotic Chinese identity in order to eliminate challenges to the [Communist] Party or the state."

The report called upon the member nations of United Nation to urge Chinese government to halt the use of state propaganda, political ideology, and indoctrination at all levels of the school curricula and ensure that Tibetan students are permitted to learn about their own history, culture, and religion;