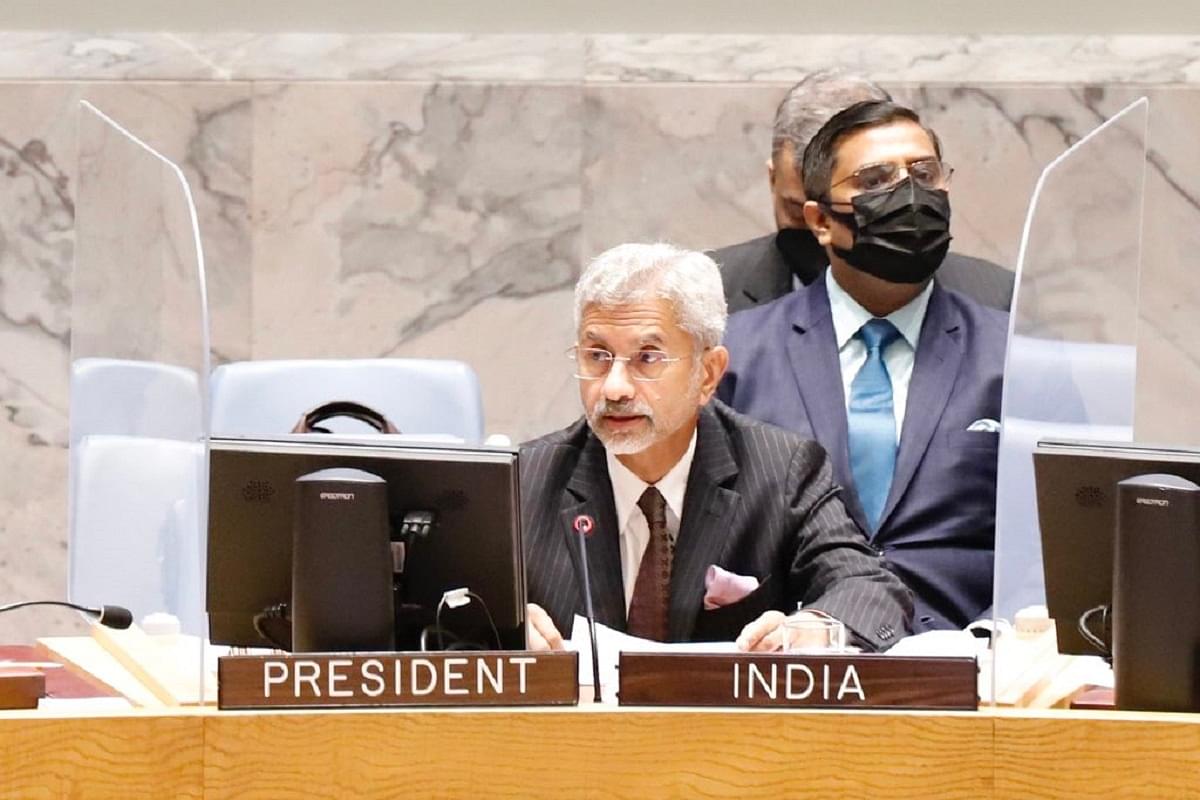 In a veiled dig at China at United Nations Security Council meet, India on Thursday (19 August) said that countries should not place "blocks and holds" without any reason on requests to designate terrorists and said that there should be no justification of terrorism.

"The international community holds a collective view that terrorism in all its forms and manifestations must be condemned. There cannot be any exception or any justification for any act of terrorism, regardless of motivations behind such acts," Minister of External Affairs S Jaishankar said at UNSC Briefing on ‘Threats to International Peace and Security caused by Terrorist Acts’.

Expressing solidarity with the victims of terrorism around the globe, Jaishankar said," We must never compromise with this evil".

Jaishankar further alluded to his remarks to the UNSC made in January this year when he had proposed an eight-point action plan aimed at collectively eliminating the scourge of terrorism.

“Summon the political will: don't justify terrorism, don't glorify terrorists; No double standards. Terrorists are terrorists; distinctions are made only at our own peril; Don't place blocks and holds on listing requests without any reason,” he said, referring to them as 'cardinal principles'.

It should be noted that China, a permanent member of the UNSC, had repeatedly placed technical holds on bids by India and other nations to blacklist Pakistan-based terror out Jaish-e-Mohammed chief Masood Azhar under the Security Council's Sanctions Committee, reports Economic Times.

"I call on this Council to collectively build on these principles. It is also important therefore to end the stalemate preventing the adoption of a Comprehensive Convention on International Terrorism, which India has championed for so long," Jaishankar said.