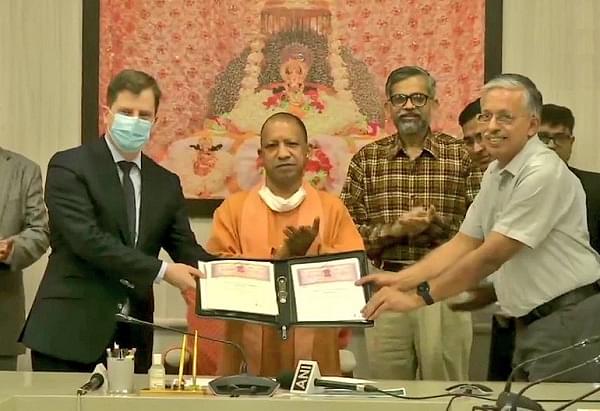 Uttar Pradesh (UP) Chief Minister Yogi Adityanath on Monday (01 March) an event to sign a state support agreement for the upcoming Jewar International Airport in Noida.

As part of the state support agreement, the UP government would provide four-lane connectivity to the greenfield airport. The government will also consolidate and modernise the existing roads leading to the airport.

Speaking at the event, the CM said that the state government and Noida authority would also connectivity with public transport like the metro and buses to the new airport, reports The New Indian Express.

CM also attacked the previous governments for not making any progress in building Jewar airport which was originally proposed three decades back.

Reiterating his government’s commitment to develop world class infrastructure in UP, he said Jewar airport will be built at a rapid pace to further the national interest.

Jewar airport project was approved by Yogi Adityanath government in December 2017 and the concessionaire agreement between Yamuna International Airport Private Limited, the Special Purpose Vehicle (SPV) set up by Zurich international AG and Noida international airport was signed in October, 2020.

Rs 29,650 crore airport will be developed, operated and maintained by the European company under a 40-year concession. The company plans to invest Rs 4,663 for this purpose in the first phase of the Jewar Airport project.