Victorian, Yet World Class: Railways To Give CSMT In Mumbai A Futuristic Touch, Yet Retain Its Heritage Quotient 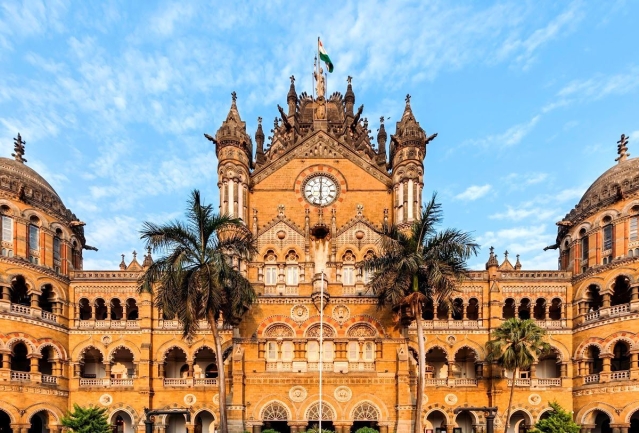 The iconic Chhatrapati Shivaji Maharaj Terminus, a World Heritage Site, will be redeveloped with upgraded amenities for passengers at an estimated cost of Rs 1642 crore.

The 130-year-old majestic building, one of the busiest terminals of Indian Railways, constructed in Victorian Gothic style, houses the Central Railways headquarters and also platforms of the suburban and long distance trains.

The redevelopment plan of CSMT station includes an airport-like makeover of the railway station building, including a user development fee from passengers.

Indian Railway Stations Development Corporation (IRSDC), a railways PSU, on 20 August invited the Request For Qualification (RFQ) for the redevelopment of the UNESCO recognised heritage station through the public private partnership (PPP) model.

“Since it is a heritage structure, the first important element is to restore its heritage. We will restore the heritage to the earlier level," ISRDC Managing Director and Chief Executive Officer Sanjeev Kumar Lohia said in a virtual press conference.

The redevelopment of the structure will be done on a DBFOT (design, build, finance, operate and transfer) basis.

The bidding process will be done in two stages — RFQ and Request for Proposal (RFP).

The user charge will be another continuous source of revenue to the concessioner, which will be available just after the Commercial Operation Date (COD) of the station.

Lohia said the redevelopment of the CSMT in south Mumbai would not only be limited to improving the facade of the station.

Under the project, authorities have planned to demolish some existing buildings in the CSMT premises and shift some railway offices to Byculla and Wadi Bunder yards, to create more pedestrian area on the southern end of the station.

Even the existing taxi stand will be shifted close to the boundary wall adjoining the Saint George Hospital.

Also, the Harbour line, which connects south Mumbai with western suburbs and Navi Mumbai, will be shifted to the P D’mello Road side on east of the main line station on an elevated level, they said.

The project cost is Rs 1,642 crore, including the construction cost of Rs 1,231 crore and financing cost of Rs 328 crore.

According to IRSDC, the stations will have an access control system and the passengers will have to pay a user fee, which the railway board will decide in future.

The station was designed in 1878 by British architect F W Stevens in Victorian style, well aided with traditional Indian themes.

Originally named as the Victoria Terminus, it was built at a cost of around Rs 16 lakh.

The structure, which took nearly 10 years to be constructed, gave the 19th century Mumbai its gothic city look.

The CMST station will be divyang-friendly and similar to airports, the arrival and departure areas will be kept separate.

“We will improve passenger areas. Now, instead of waiting for trains on platforms, passengers will spend time on the concourse. The revamped CSMT station will be a net zero energy building,” Lohia said.

According to the MD, the charges could be connected to the wholesale price index. Besides, he also said that the user development fee will be weaved into the private developer’s business model, instead of only relying on the monetisation of land to fund the exercise.

The fee would be charged from passengers on boarding and alighting at the station.

The CSMT railway station will be refurbished and modernised without disturbing its heritage value.