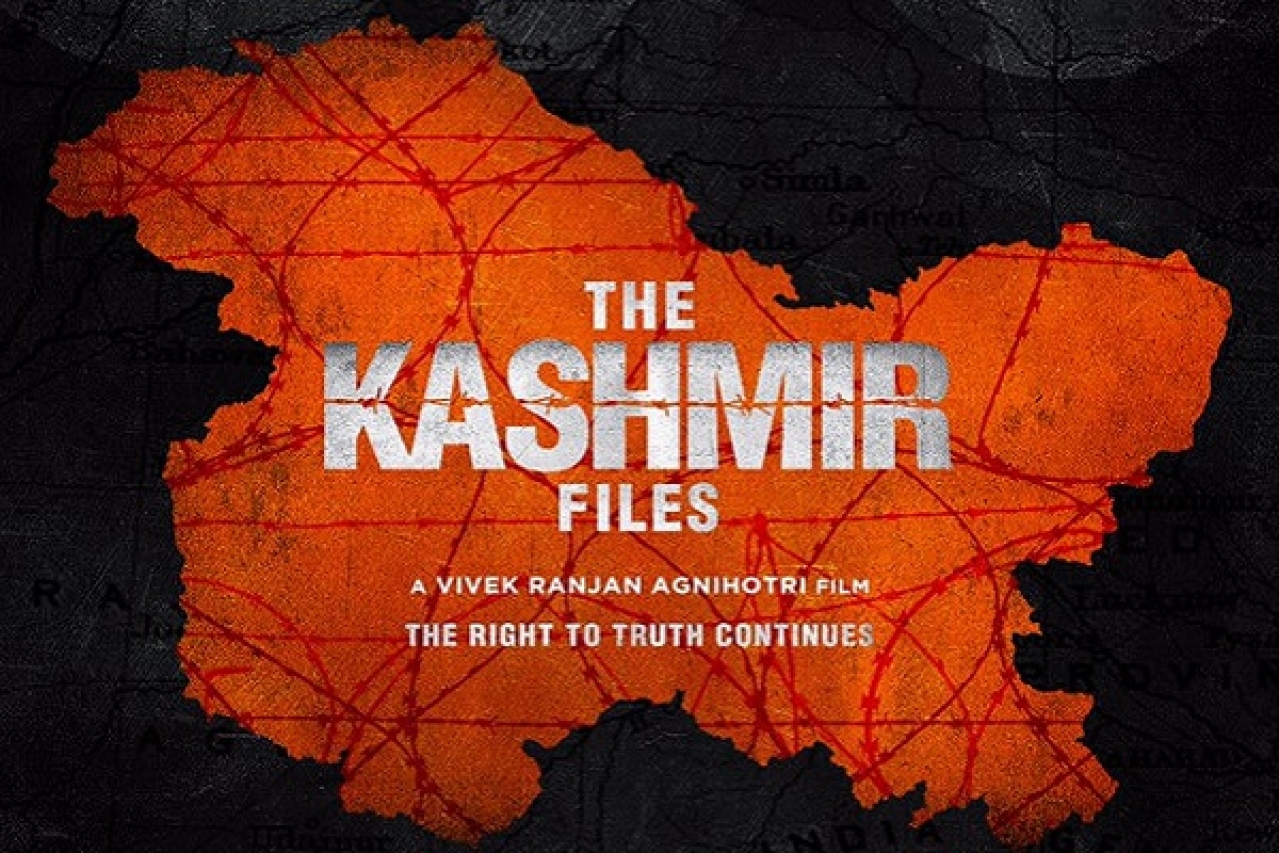 Poster of the movie - The Kashmir Files (Pic via Vivek Agnihotri)

Filmmaker Vivek Agnihotri has finalised the final draft of his upcoming film The Kashmir Files which is based upon the genocide of Kashmiri Hindus carried out by Islamists in the early 1990s.

As per an Outlook report, Agnihotri has almost finished the pre-production work for the film which is all set to release on this year’s independence day.

The movie is based upon “the unreported story of the most tragic and gut-wrenching genocide of Kashmiri Hindus” and is expected to cover the exodus of Kashmiri Pandits.

The movie will feature various underprivileged Kashmiri actors who are being mentored via Agnihotri’s “I am Buddha foundation”. It will also feature actor Anupam Kher in a pivotal role.

While the movie generate a lot of anticipation among social media users soon after Agnihorti’s announcement, it is in the focus again after the release of Vidhu Vinod Chopra’s Shikara.

While it was expected that Shikara would address and portray the genocide of Kashmiri Pandits, many viewers both from the Pandit community or otherwise accused Chopra of whitewashing radical Islamism and romanticising Hindu genocide in the movie.

By various accounts, the movie shied away from the brutal horrors the Kashmiri Pandits were subjected to in the late 1980s and early 1990s, especially the night of 19 January 1990.

While Shikara was first featured as the “untold story of Kashmiri Pandits” it was later said to have been spun as a love story with the exodus being “soft-peddled” throughout the narrative.

As a result, those dissatisfied with Shikara have now pinned their hopes on Agnihorti’s The Kashmir Files. It may be recalled that Agnihotri is known for portraying politically incorrect topics on the big screen.

His movie Buddha In A Traffic Jam, has created a flutter over its portrayal of Urban Naxals, and his last movie The Tashkent Files, addressed the mysterious death of former Indian prime minister Lal Bahadur Shastri.