When The Right Heroes Get Their Due: Karnataka To Celebrate The Woman Who ‘Pounded’ The Army Of Tipu Sultan’s Father Hyder Ali 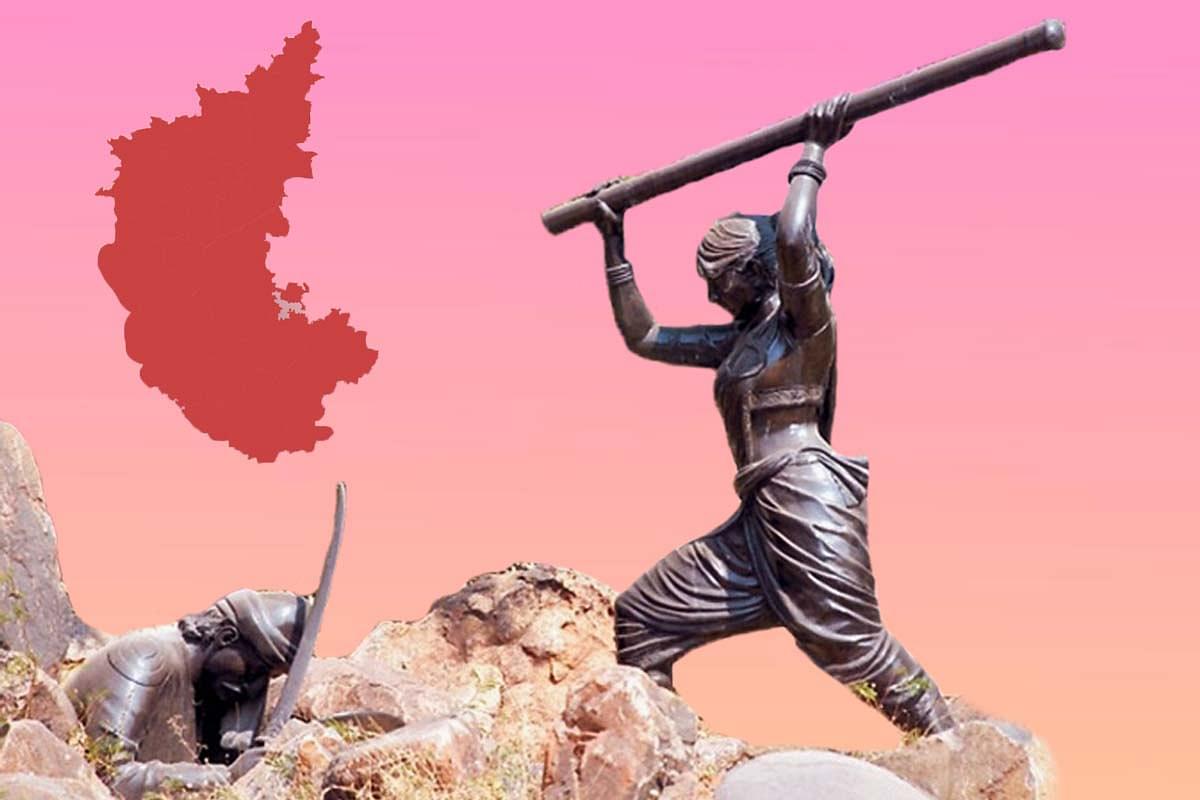 Karnataka will officially tomorrow celebrate the valour and sacrifice of the woman who took on Hyder Ali’s army single handedly and literally ‘pounded’ them to death with her ‘Onake’ or pounding staff/wooden pestle.

Obavva died fighting the ‘creeping soldiers’ of Tipu Sultan’s father and protecting the fort of Chitradurga with her ‘Onake’. This then gave her the name ‘Onake Obavva’. And in an order issued on 9 November, government of Karnataka announced that her birth anniversary will be celebrated by the state as Onake Obavva Jayanti on 11 November.

The state’s Chief Minister Basavaraj Bommai also tweeted saying “ It has been ordered that the Department of Kannada and Culture will celebrate Obavva Jayanti across the state on November 11 in honour of the birth anniversary of the brave woman of the state Obavva of Chitradurga“.

As per the order issued by the Department of Kannada and Culture, ‘the name of Onake Obavva is etched in the history of Chitradurga permanently and she stands in the company of Kittur Chenamma, Rani Abakka who fought against the British and sacrificed their life’.

Obavva’s husband Muddahanumappa served under Madakari Nayaka, who then ruled the province and had gone home for lunch as goes the lore. While the former Congress-led government had made the celebration of Tipu Jayanti, incidentally on 10 November, a grand affair, this government under former CM B S Yediyurappa had first discontinued the practice as soon as he took reins of the state as promised.

While supporters of the decision hailed the move as a welcome one and said the BJP government has set a new precedent by honouring the one who killed Tipu’s father’s soldiers, Congress leaders criticised the ‘timing’ of the order, as reported by the Deccan Herald.

Minister for Kannada and Culture, is said to have rubbished such allegations and said the proposal had been in the pipeline and clarified that there was no political motive to the celebration, while also asking the opposition parties to not politicise the anniversary celebrations.

Obavva is a household name with her tale being narrated and children often being taken to the fort to visit the point or ‘hole in the wall’ that is called the ‘Obavvana Kindi’ in the Chitradurga fort, where Obavva saw the soldiers creep into the fort and killed them with her pounding staff and sacrificed her life during the encounter.