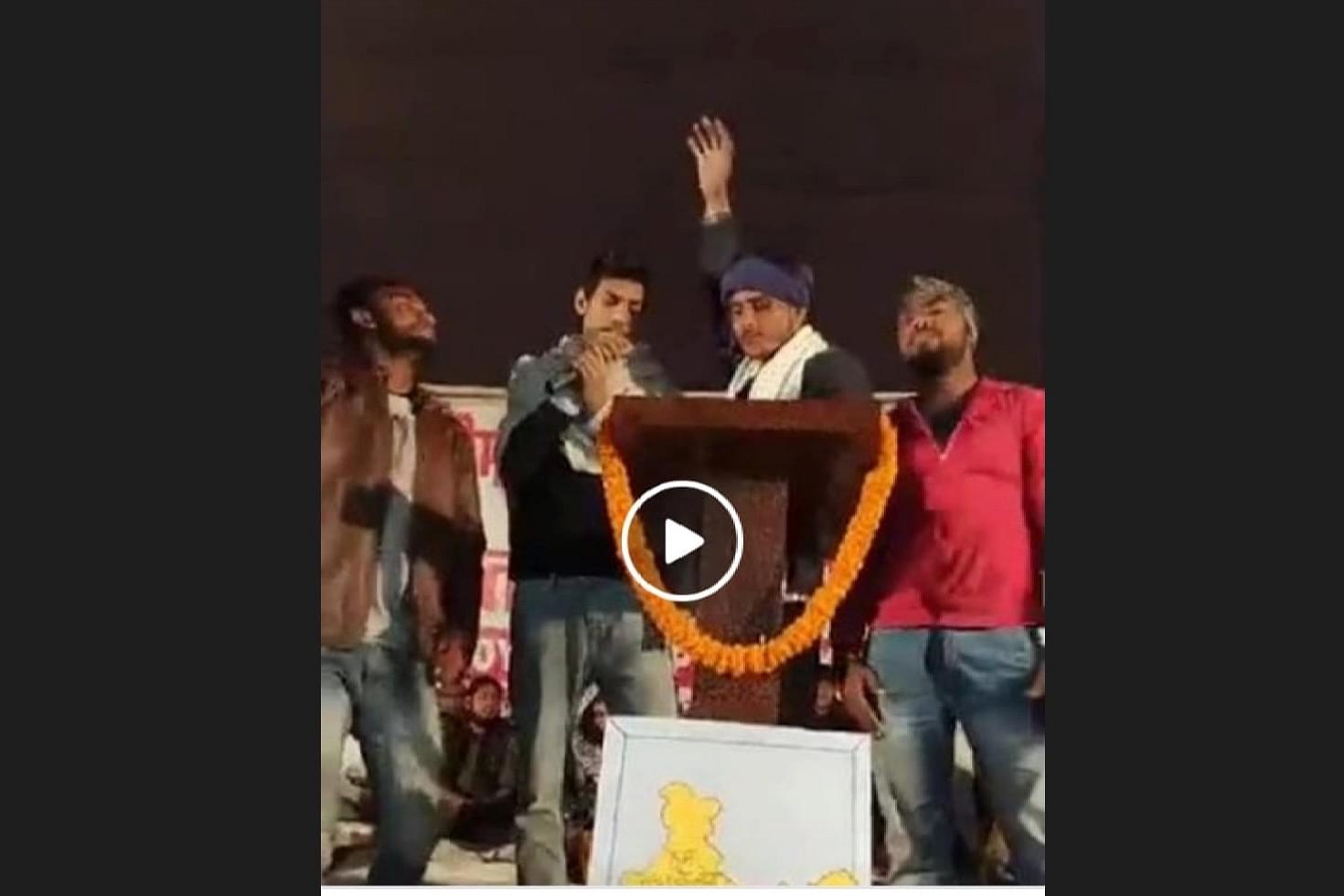 A member of the right-wing organisation Bajrang Dal gave a complaint to Begusarai’s Superintendent of Police (SP) Awakash Kumar today against a purported “anti-national” slogan raised at a recent protest demonstration in the area.

As per the complaint, for the last 20-22 days, some people have seen sitting on a dharna against the recently legislated Citizenship Amendment Act (CAA) and the proposed National Registrar of Citizens (NRC) at Phool Chowk in Lakhminia area of Begusarai district in the state of Bihar.

On 30 January, a live video from the protest was played from the Facebook account of one Naukhez Victor, which showed a “anti-national” slogan being raised.

As per the complaint, “Afzal tere khoon se inqualab aayega” was among the slogans raised by five-seven men on the stage while around 100 women and 30 men repeated the slogan sitting in the audience.

“This slogan has hurt our national sentiment,” says the complaint by Shubham Bhardwaj, who has introduced himself as district convenor of Bajrang Dal. He has appealed for police action in the matter.

The complaintant has submitted a 9-minute 6-second video of the event to the SP.

Watch part of the clip showing the purported slogan being raised below:

A member of Bajrang Dal in Begusarai has given this video clip to Begusarai SP with a complaint that the "anti-national" slogan, "Afzal tere khoon se inqualab aayega", was raised at an anti-CAA protest in Lakhminia area. Local report says Kanhaiya Kumar has attended this protest pic.twitter.com/ljw1RZdQKs

A report published in today’s Begusarai edition of Hindi daily Dainik Bhaskar says that the video posted on Facebook was later taken down.

The report says that the newspaper claims no veracity of the video.

The Bhaskar report further says that the event is said to have been organised by one Baba Saheb Bhimrao Ambedkar Sanghash Morcha, and was part of an ongoing protest at Phool Chowk since 12 January.

Former Jawaharlal Nehru University students’ union president Kanhaiya Kumar has attended this protest on one of the days, the report says.

Notably, “Afzal tere khoon se insaaf aayega” was one of the slogans raised inside the JNU campus in February 2016, for which the Delhi police has filed a chargesheet against Kanhaiya Kumar, Umar Khalid and eight others as main accused.

Afzal Guru was hanged to death in New Delhi in 2013 after he was convicted of terror conspiracy by the Supreme Court in 2004 for an attack on the Indian Parliament.

In the attack on 13 December 2001, five heavily-armed gunmen had entered the Parliament complex and opened fire, killing nine persons.

This correspondent called up SP Awakash Kumar but his number was unreachable. This copy will be updated when a response is taken.

In today’s edition, Dainik Bhaskar has quoted Kumar as saying that an investigation would be carried out once the police access the video.