Anil Ambani Is Right To Take On Rahul Gandhi’s Lies; India Inc Must Stand By Him 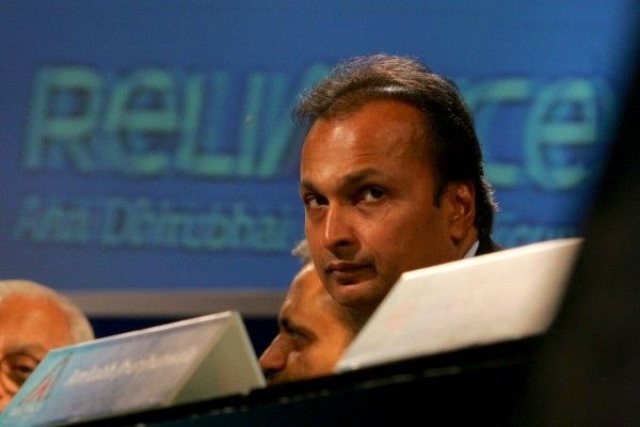 You do not have to be an admirer of Anil Ambani or his all-too-visible failings as a businessman to realise that he has finally found the moral courage to take on the political nonsense he has been subjected to by Rahul Gandhi. Among other things, Anil Ambani yesterday (5 May) called out the Congress president for his campaign of “calumny, disinformation, distortion, and malicious lies” on Rafale.

Ambani said that his group had received as many contracts under United Progressive Alliance (UPA) government as it had now allegedly received under National Democratic Alliance (NDA). A group statement criticised Rahul Gandhi for calling Anil Ambani a “crony capitalist and dishonest businessman — all obviously patently untrue statements”, adding: “As is, by now, customary for all of (Rahul) Gandhi’s public statements, he has attributed no basis to these claims whatsoever, and neither has he provided any credible evidence at all to justify his derogatory and defamatory campaign.”

One is quoting the Anil Ambani group statement here not to give him a clean chit on cronyism – only he and any politician he may or may not have confabulated with will know the truth about this – but to emphasise that business needs to speak out when politicians repeatedly abuse them for their own purposes.

It takes a minimum of two parties to enable cronyism – a businessman and a politician – and cronyism actually peaked during the UPA regime, when scams like 2G, Coalgate and Commonwealth Games tumbled out of the closet. But Rahul Gandhi has shown no contrition on any of them, but feels free to tar the Narendra Modi regime with this brush of cronyism. It is probably a case of guilty conscience, where one abuses others in order to ease one’s own silence on scams that happened during one’s watch.

Anil Ambani, by openly calling out Rahul Gandhi’s lies, has struck a blow for India Inc. Perhaps he did it too late, but if India Inc does not speak out against calumny and political prejudice, it will effectively be acquiescing in this nonsense. And, one must emphasise, if you keep quiet when you are called a thief, it means you may indeed be a thief.

In recent election-eve media interactions and rallies, Rahul Gandhi has singled out Anil Ambani several times for winning the Rafale defence contract during the Narendra Modi government, alleging favouritism and corruption. He has not offered on iota of proof that any favours have actually been done; the entire accusation stands on the flimsy premise that since Anil Ambani does not have much defence manufacturing experience, it follows that a favour must have been done at Modi’s urgings. That no other Indian businessman has much experience with making parts for fighter aircraft apparently means nothing. One could theoretically have accused any businessmen of being a crony for this reason, assuming someone else other than Anil Ambani had got the Rafale offset contract.

Anil Ambani’s Reliance Group said that during the 10-year Congress-led UPA regime, the group was awarded projects worth over Rs 1 lakh crore across diverse sectors, and yet Rahul had singled out Anil Ambani as “a crony capitalist and dishonest businessman”.

The statement underlined the point that Rahul Gandhi was using Ambani as his whipping boy for political reasons. “We, at the Reliance Group, have chosen to ignore (Rahul) Gandhi’s comments with continuing patience and restraint. We likewise dismiss his latest remark as yet another one of his multiple untruthful utterances, in the heat and dust of his electoral campaign, for which he has recently been facing contempt proceedings in the highest court of the land, the Supreme Court.”

Regardless of whether you believe that Ambani got special favours in the Rafale offset contract, the fact is Rahul Gandhi has been repeatedly lying about Ambani, including the claim that Rs 30,000 crore was just gifted to him by Narendra Modi. In a total Rafale contract worth around Rs 58,000 crore, and a presumed offset value of half that size, Anil Ambani’s share in the offset value will actually be far less than Rs 30,000 crore, from which production costs too must be deducted to arrive at the final value of the benefit he has allegedly received. So, the claim that Rs 30,000 crore went to Anil Ambani is patent falsehood.

But such is the venom of Gandhi – he should be banned from using a name one associates with utter truthfulness – that he has continued making the same claim and calling Ambani a crony capitalist in a bid to tar Modi with that brush. Ambani is mere collateral damage.

Asked about his anti-business mindset, Rahul Gandhi told The Economic Times in a recent interview: “I want to be very clear; there are large numbers of Indian corporates India should be absolutely proud of and protect. These are legitimate businesses and people who have helped build India. But there are also crony capitalists like Anil Ambani, who are dishonest and who are the problem.”

This is bunkum. If Anil Ambani, for some reason, is knocked out of the Rafale deal, the government of India is not going to get one shekel out of this decision. Ambani’s business may suffer, and banks who lent him money will lose more money, which ultimately will be financed by the taxpayer. So, what is Rahul smoking?

Swarajya holds no brief whatsoever for Anil Ambani, who has seen many business failures for reasons of his own. But we do not believe that Rahul Gandhi, a failed politician so far, has any business calling India Inc names without proof.

It is time India Inc stood up against lies and demonisation. If not, it deserves the blame for crony capitalism. Only a true crony will take abuse in lieu of future favours.