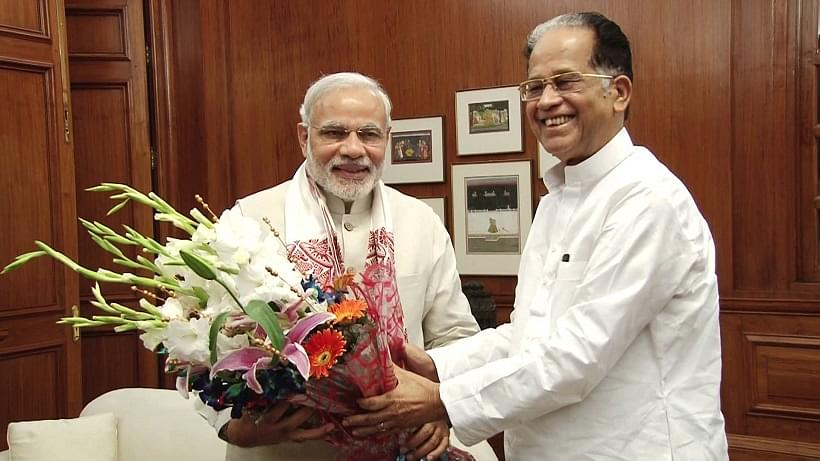 The 2016 Assam elections offer a tough challenge for the Congress party. Unless a recovery strategy is implemented quickly, the BJP could head towards a landslide.

As things stand today, it appears that the Congress is unlikely to stop the BJP from winning the electon in 2016. However, with 3 more months to go, they still have the opportunity to fashion a dream comeback. The following reasons can contribute significantly to the outcome-

The economy is in a low-performance mode

While Assam has been a low performing economy for many years, it has been trending downwards over the last five years giving the Gogoi Government little to fall back upon. Overall satisfaction levels were below the re-election threshold of 49 percent in 2014, it was about 63 percent in 2013

For the first time since the mid-1980s, a party in the opposition (BJP) won more than 30 percent of the vote in an election. Further, the decimation of the AGP in Upper Assam has ensured that the ‘index of opposition’ has been the best in many years. In my past analysis, I showed how anti-migration strategy wins votes in States like Assam (which are poor) and not Maharashtra (which is relatively affluent).

This also falls in the larger national narrative where the BJP performed extremely well in States with a high Muslim population. Separately, the recent announcement of the BJP-BPF alliance could only further the gap between the BJP and Congress party

The BJP has been able to notch huge leads amongst the majority Hindu voters winning nearly 2/3rds of the vote. Unlike other States, the Congress did not perform very well with Muslim voters either because of the strong Muslim focused local party AIUDF. It won only 42 percent of the Muslim vote in the 2014 election. In the 2015 local elections, many of these results were repeated. With no anchor voting segment left, the Congress party has a tough road ahead

Probable weakness in the party organisation

The exit of Himanta Biswa Sarma and 9 MLAs to the BJP is a huge loss to the Party organisation and offers the BJP further reinforcement of its relatively weak organisation structure.

The Congress party has been in power now for 15 years and face anti-incumbency due to over-familiarity. Overlay that with poor economic performance and a strong opposition party and it is likely that a small group of swing voters would move to the BJP giving it a landslide in Assam.

In 2011, Mr Tarun Gogoi was ahead of his rivals in terms of leadership preference with 37 percent of voters preferring him over others. However, by national standards, this itself was quite low. Now with the BJP announcing Mr Sarbananda Sonowal as the CM candidate, it is unlikely that the Congress party CM will enjoy an advantage over other candidates from other parties. Should Mr Sonowal take the lead in future polls, the BJP momentum will be truly sealed.

Can the Congress party recover through a variety of tactics?

1. Positive – 60 percent of the campaign

One way to overcome the anti-incumbency is to offer a radical new roadmap for the State including the economy and other social measures that microtarget key hindu voting blocks (Women and the nearly 20 percent SC/ST population).

Unlike other States, the performance of the SC/ST population is actually comparable or even better than the forward caste population in the State.While the Hindu voters appear homogenous, each sub-segment has both overlapping and different needs offering the Congress party some opportunites to win back some of the lost Hindu Vote.However, this offer will not be credible under the same CM candidate.

2. Negative – 10 percent of the campaign

Target BJP’s performance in the Centre as well as in States that won elections recently and hope for BJP to repeat historic trends. This is a strategy best used at specific swing constituencies and not as a State wide campaign as focussing at State level enhances BJP’s stature as a party that is likely to win the election.

BJP has historically underperformed in assembly elections versus the Lok Sabha election. The Congress party could stick towards its modernising agenda and hope for the BJP to lose vote share in the coming election. It is also unclear as to how the relationship between two heavyweights Mr Sonowal and Mr Sarma will play out on the ground.

3. Negative – 30 percent of the campaign

Aggressively target AIUDF’s vote base which may swing a large number of voters in its favour due to a fear of the BJP. Instead of targetting BJP non-performance, the Congress party could make a case at key constituencies that voting for AIUDF which is supposed to help Bengali immigrants would actually do the opposite if the BJP were to come to power.

This does not imply downplaying the AIUDF but selling a larger story of the impact of BJP coming to power. An alliance with the AIUDF is not at all advisable as it will lead to massive Hindu Polarisation in favour of the BJP.

The current Congress party strategy appears to be pinned mostly on option two and three which I believe may not result in stopping the BJP Juggernaut.