Assembly Polls 2018: As Chhattisgarh Goes Out To Vote In The First Phase, Here’s A Look At Key Data Points 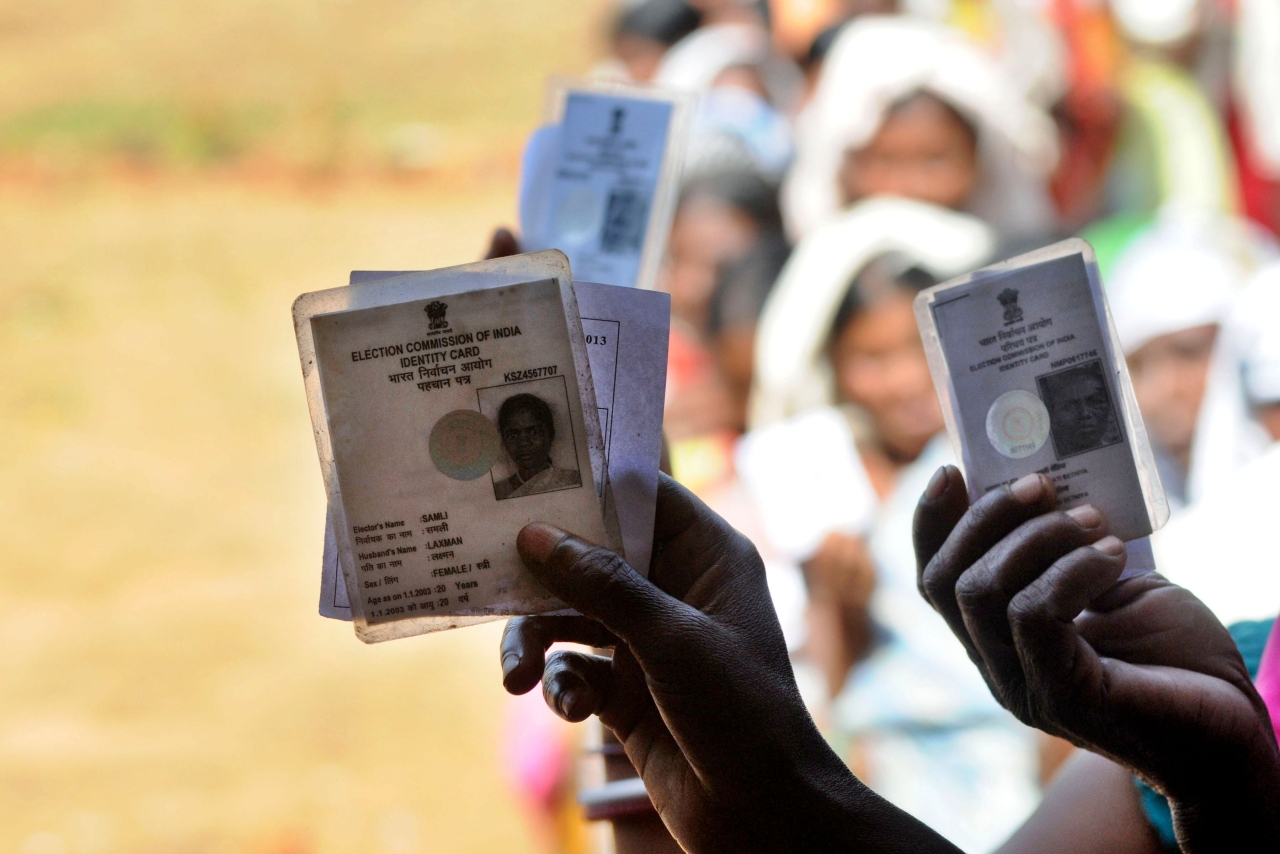 Voters showing voter ID card while standing in queue to cast their vote at a polling booth at a Chhattisgarh village. (Parwaz Khan/Hindustan Times via GettyImages)

The first phase of Chhattisgarh elections is scheduled for today (Monday). Voting for 18 seats, mainly in the southern part of the state, takes place vote today. The remaining 72 seats will vote on 20 November. These 18 seats are affected by naxalism. Chief Minister Raman Singh’s seat Rajnandgaon falls in the first phase, where he is facing Atal Bihari Vajpayee’s niece.

The assembly elections in Chhattisgarh have always witnessed a tough contest between Bharatiya Janata Party (BJP) and Congress. BJP has won all the three consecutive elections in the state since its formation. The seats tally of both the parties have remained at similar levels, BJP 49-50 and Congress 37-39.

The state politics is essentially bipolar. Bahujan Samaj Party (BSP), others, independents on a average have secured two-three seats in the state. The Ajit Jogi-Mayawati alliance is hoping to change this trend and play the role of a kingmaker. 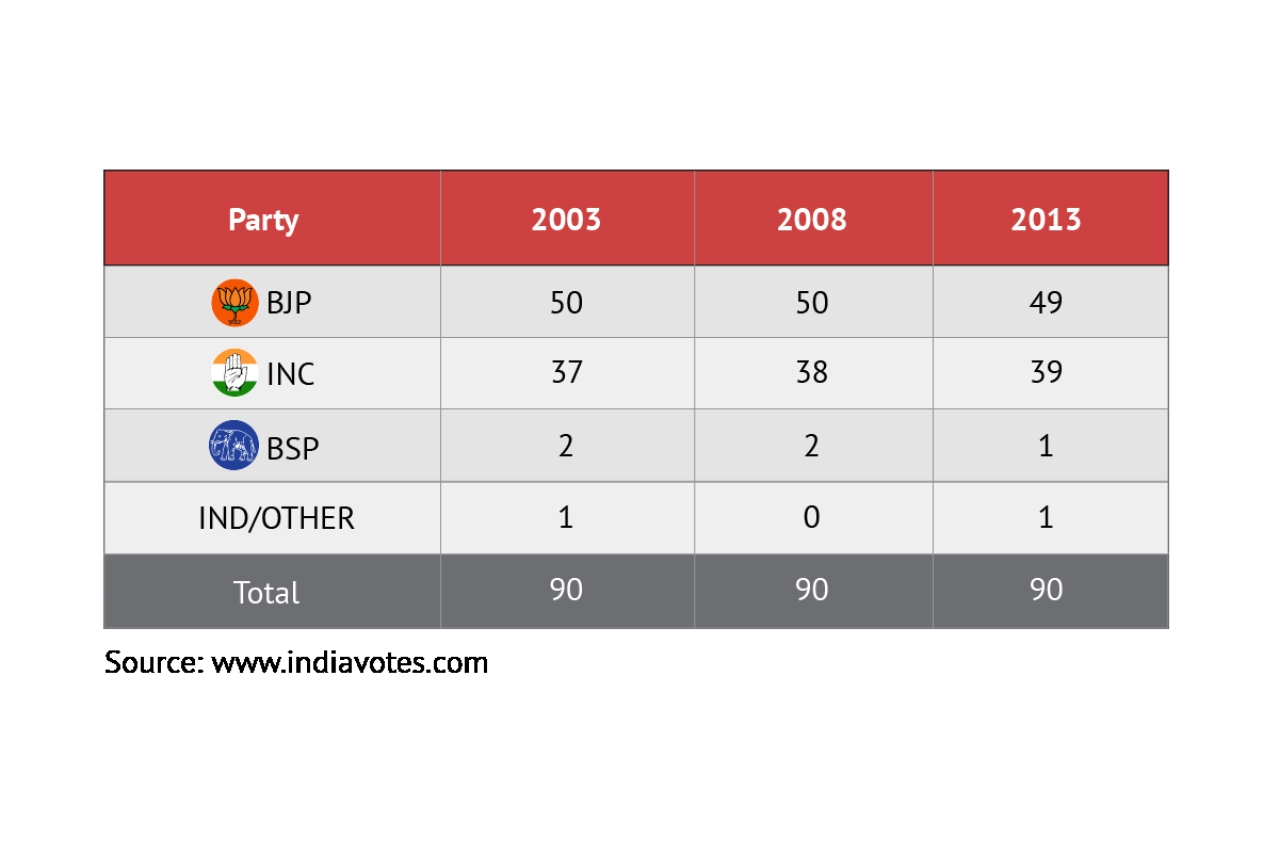 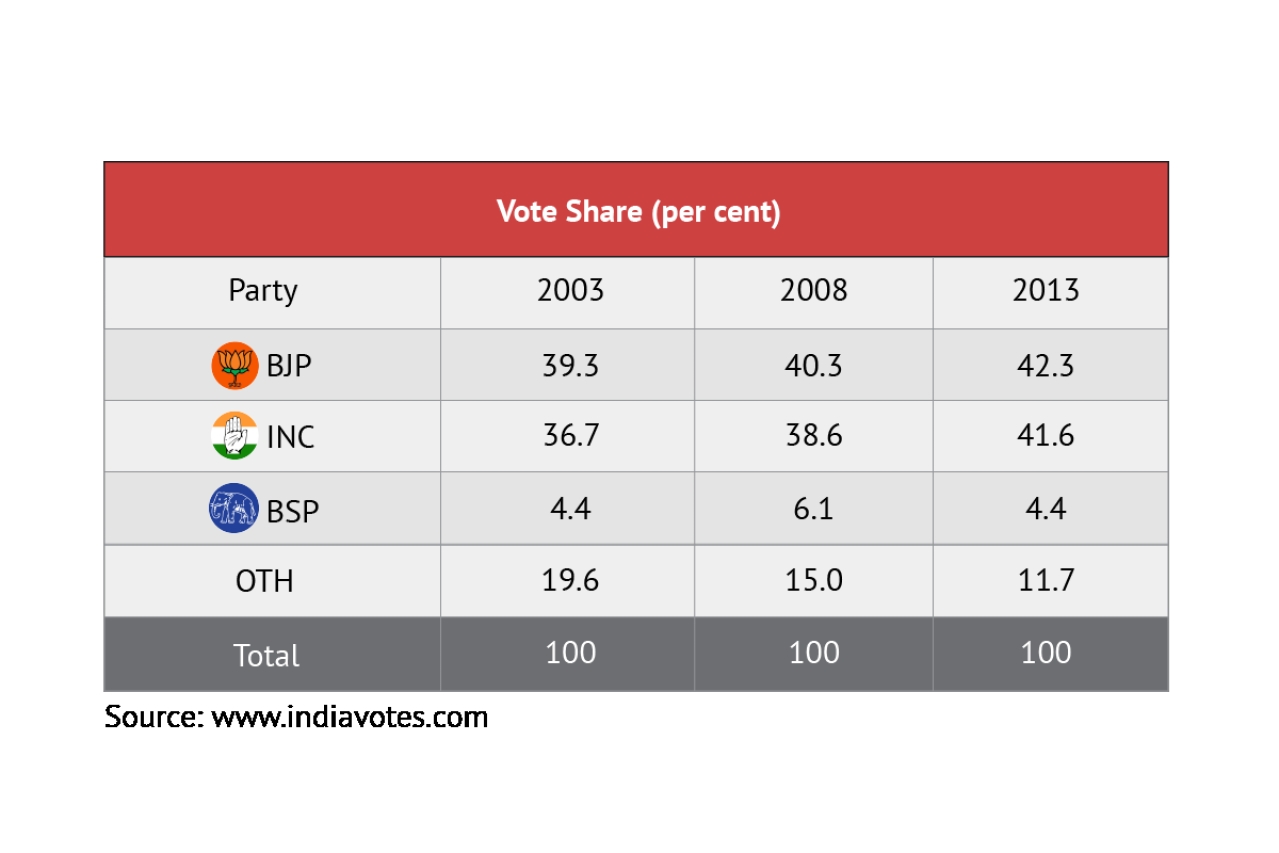 Caste often plays as an important role in politics. People get connected to their own community which usually affects their voting criteria. With 44 per cent of population Scheduled Caste-Scheduled Tribes (SC-ST) voters and with 41 per cent, Other Backward Classes (OBC) community play an important role in government formation. The minority community doesn’t have a significant representation in the state. 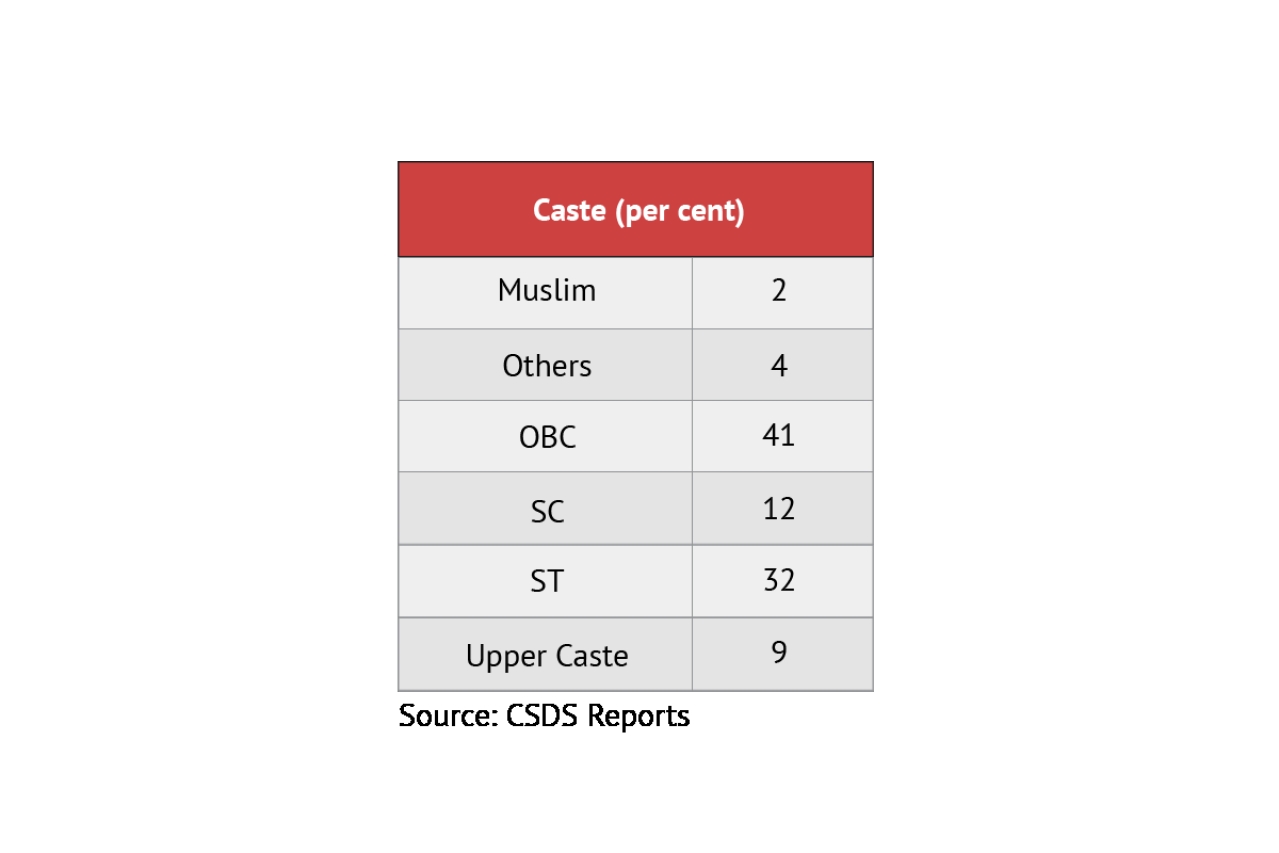 OBC and upper caste voters are traditional supporters of BJP in the state. SC voters have shifted allegiance to BJP over the years. The ST community vote is equally split among both the parties. BSP has decent support among the SC community. 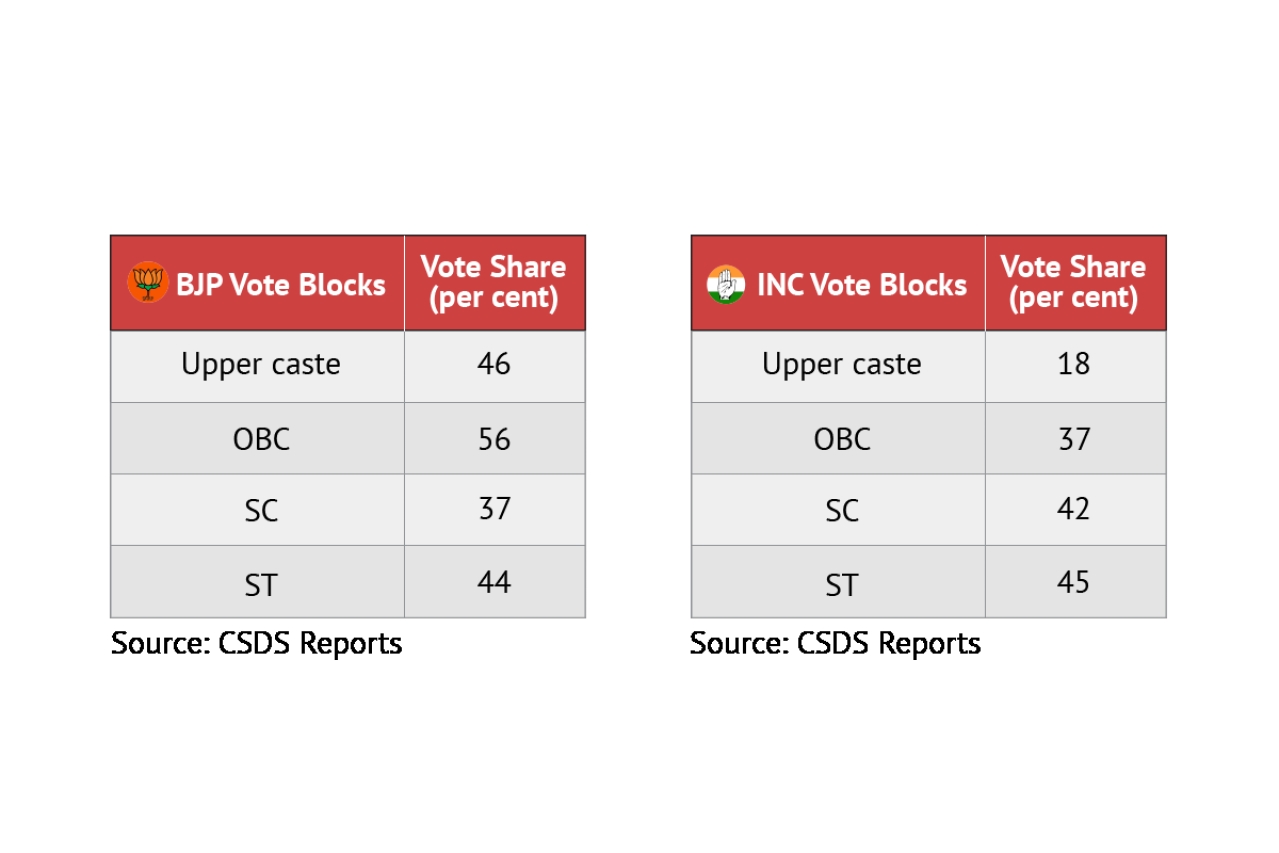 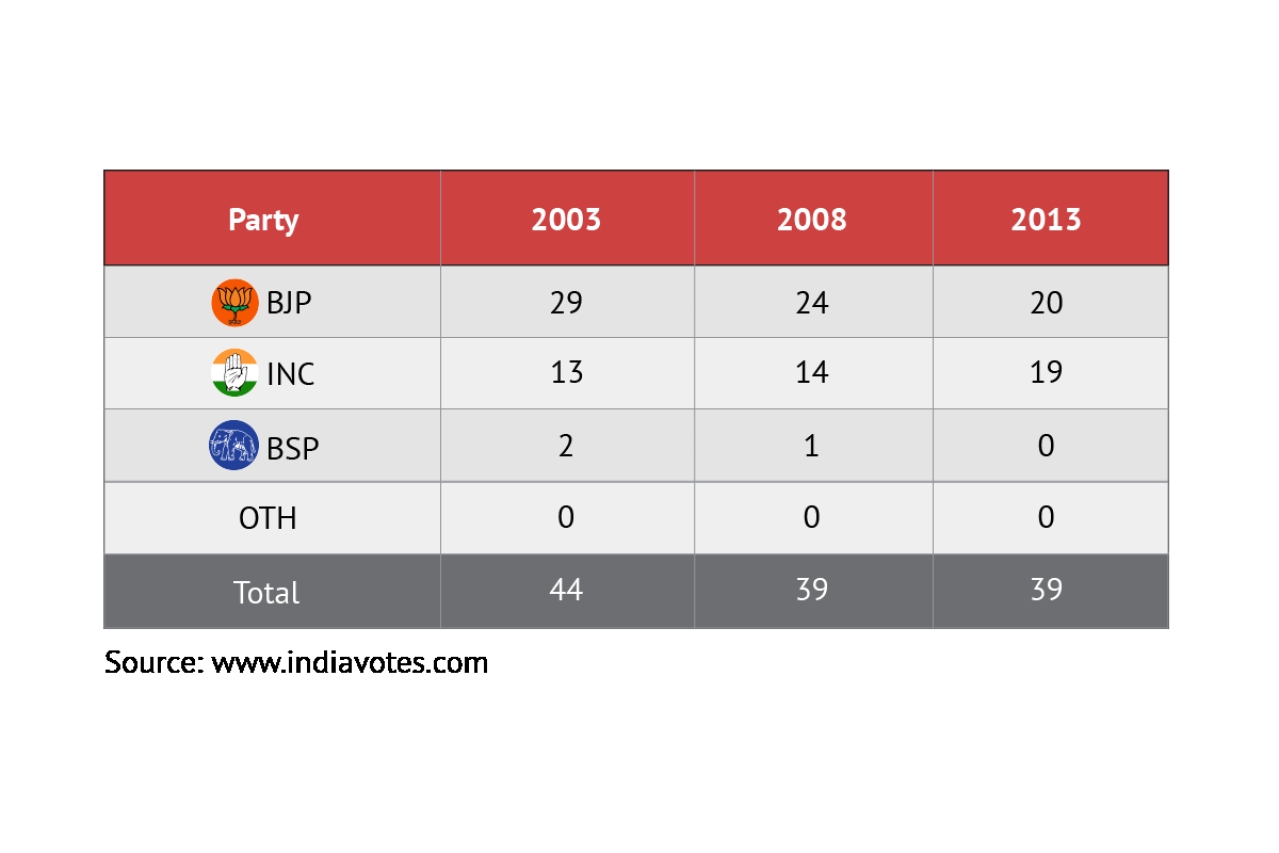 Victory margins indicate the level of toughness of the elections. Thirteen out of 90 seats (15 per cent) witnessed very close contest. The BJP won more than half of these close contests. On half of the seats, the candidates won handsomely by over 10,000 votes. The average margin of BJP and Congress has higher than the overall margin of 8,000 votes. 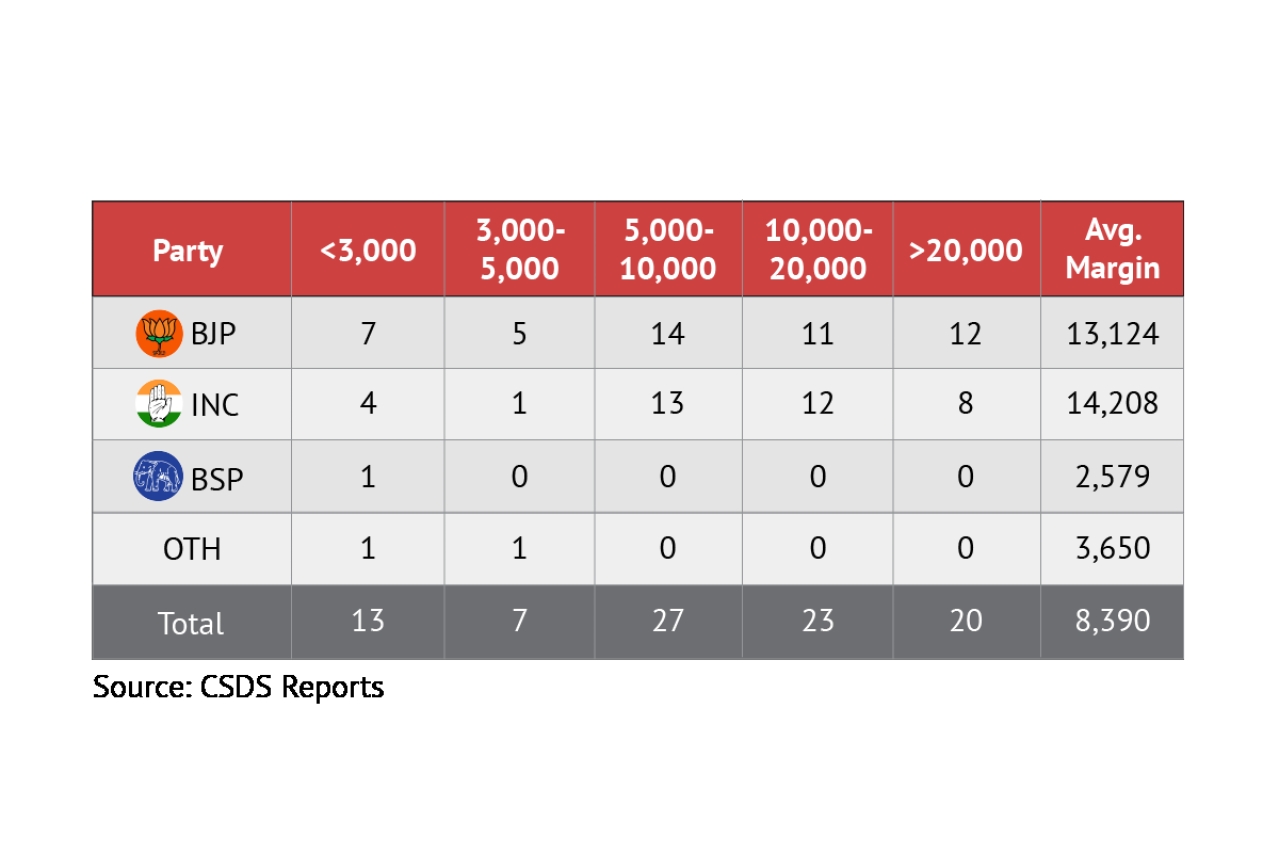 Chhattisgarh region is divided into three regions - north, central and south as per CSDS. Out of all 90 seats, central has highest while south has lowest number of seats. Interestingly, BJP was ahead only in central region and lagged in north and south which is affected by naxalism. 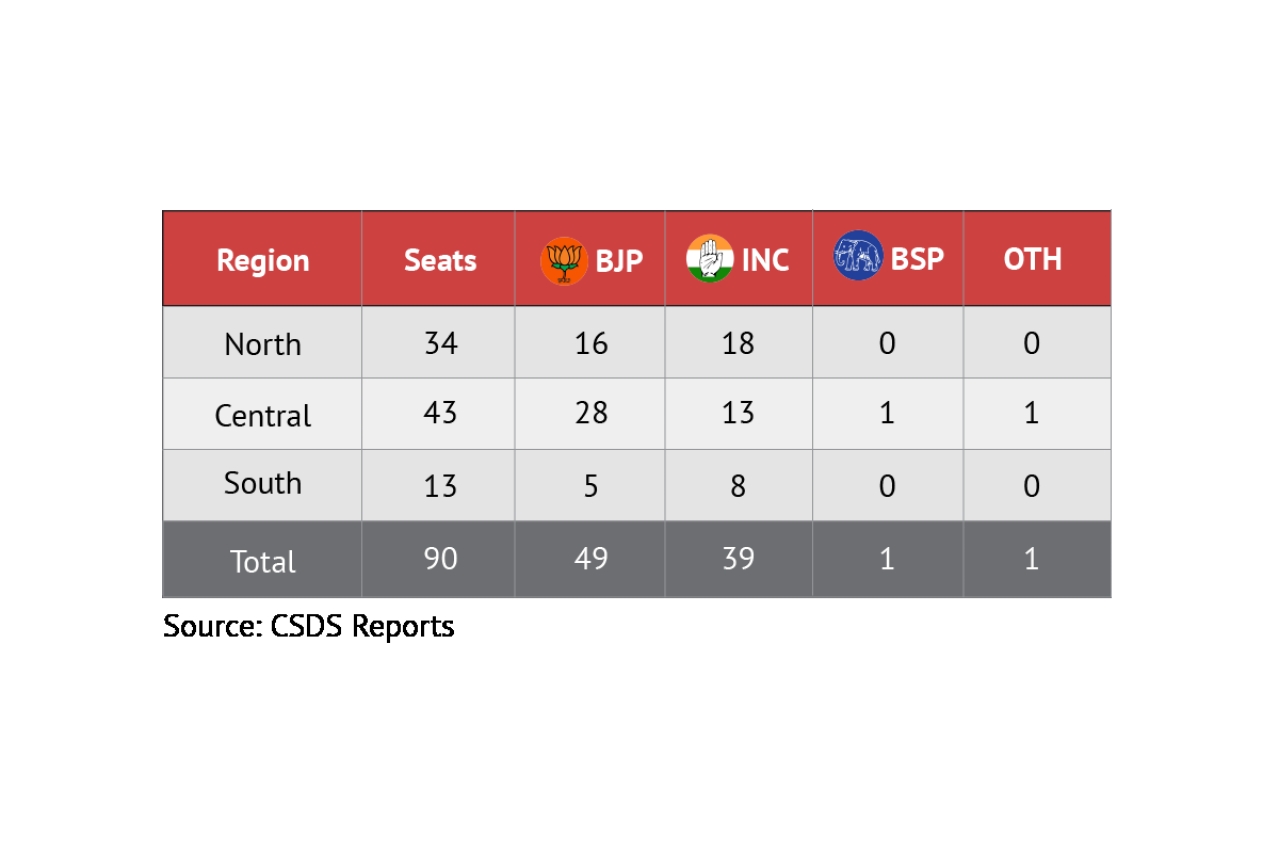 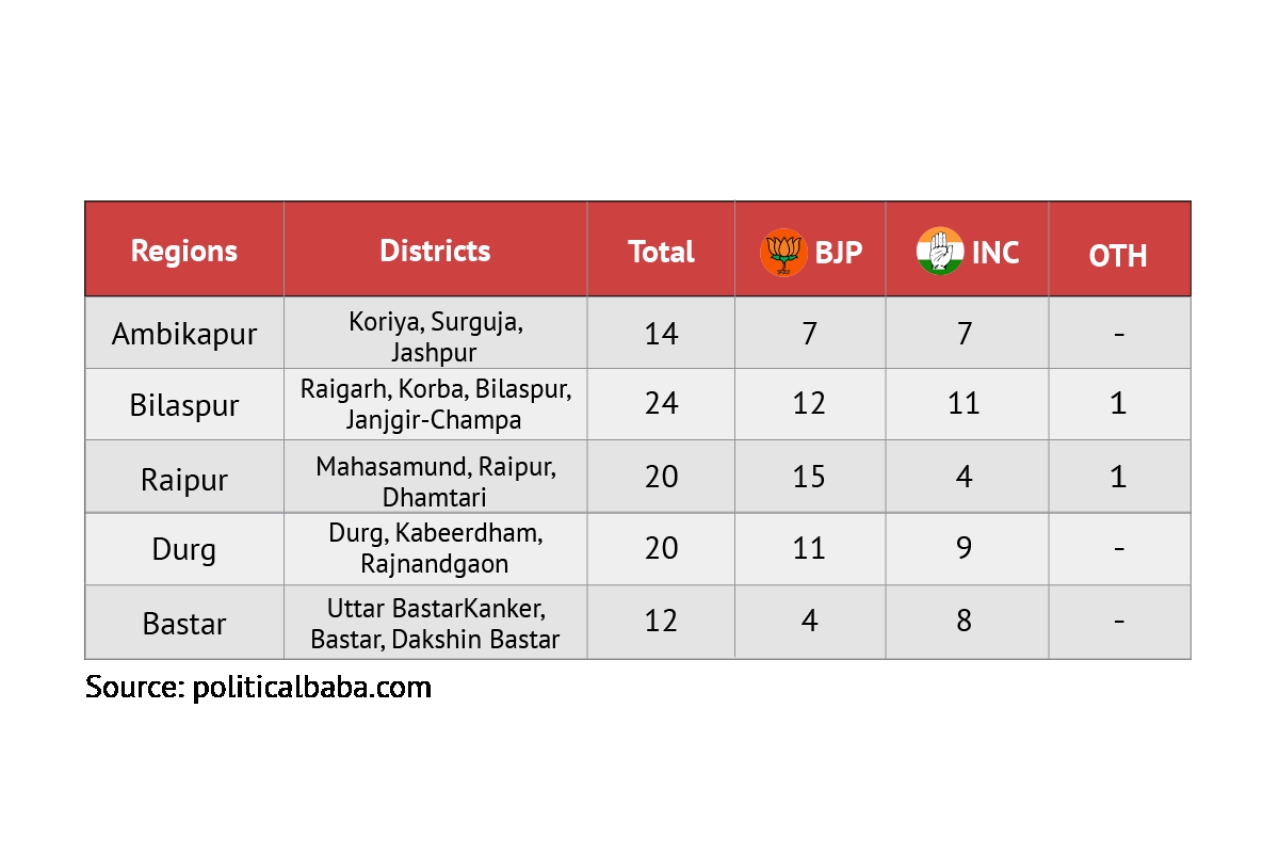 Turnout plays an important role in results. North and central regions recorded a higher turnout than state average. Region turnout contributes in the overall turnout results. BJP won majority (44 out of 49) of its tally in 2013. 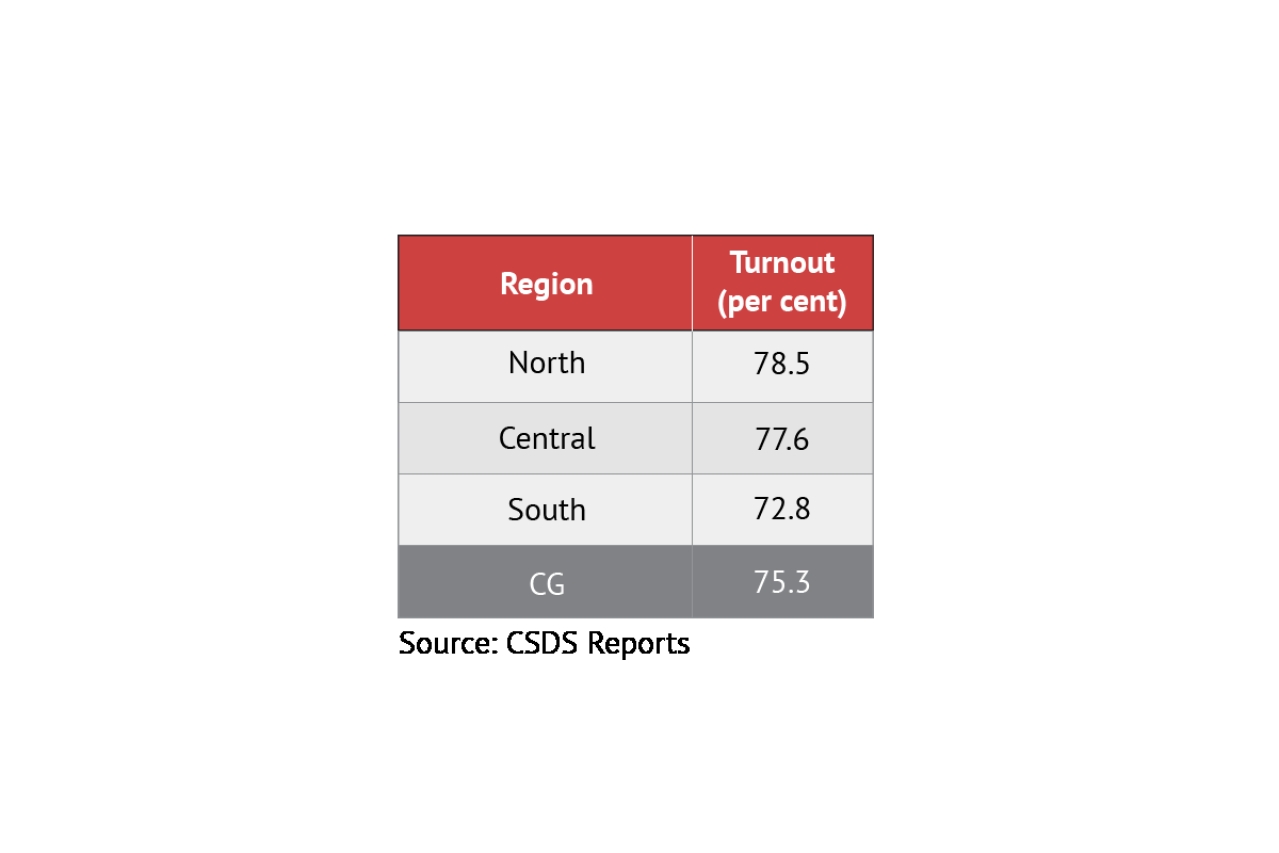 Congress recorded higher vote share as compared to BJP in north and south regions. BJP enjoyed a 5 per cent lead in central region in 2013. If Congress would have contested the polls together with BSP, it would have been ahead of BJP in all regions including central. 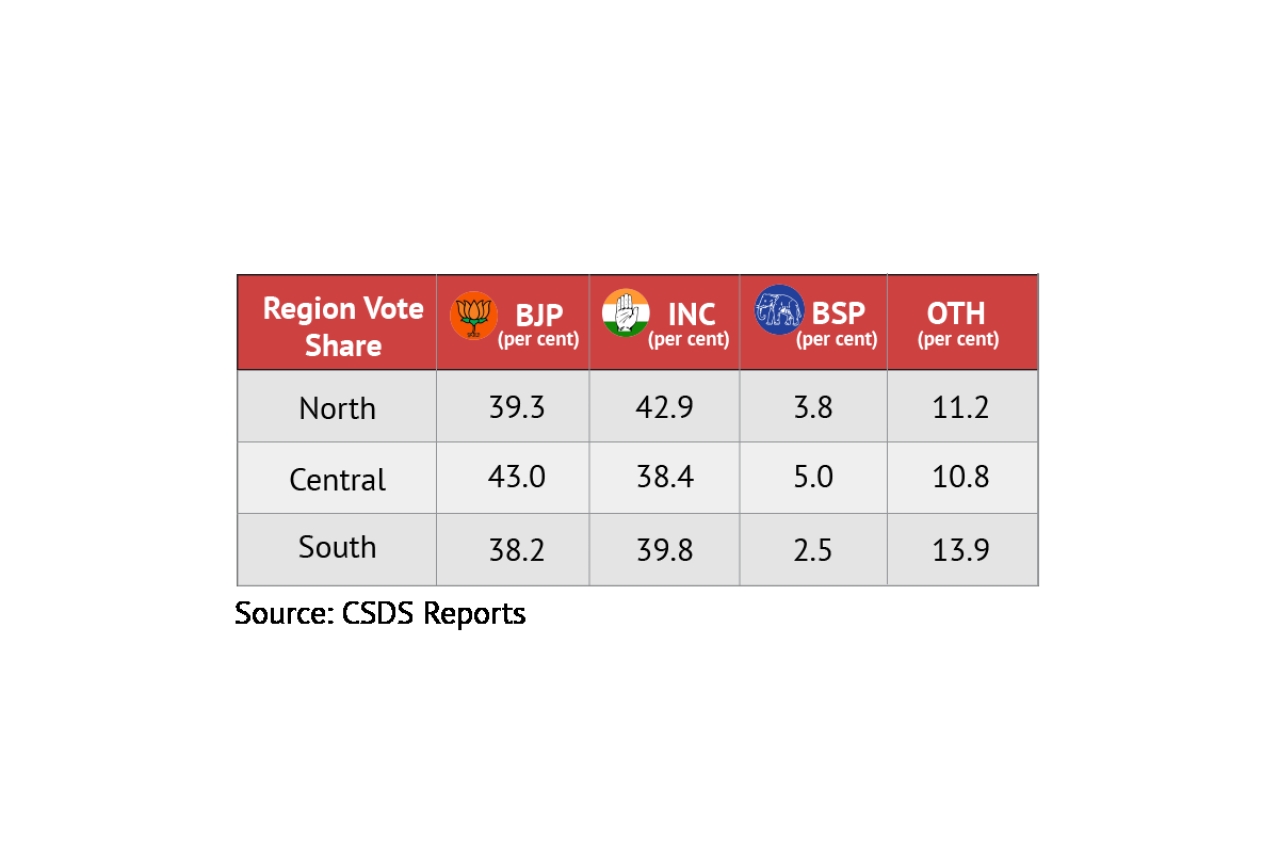 NOTA also plays an important role. Southern region which is affected by naxalism had highest NOTA of 5.5 per cent in 2013. 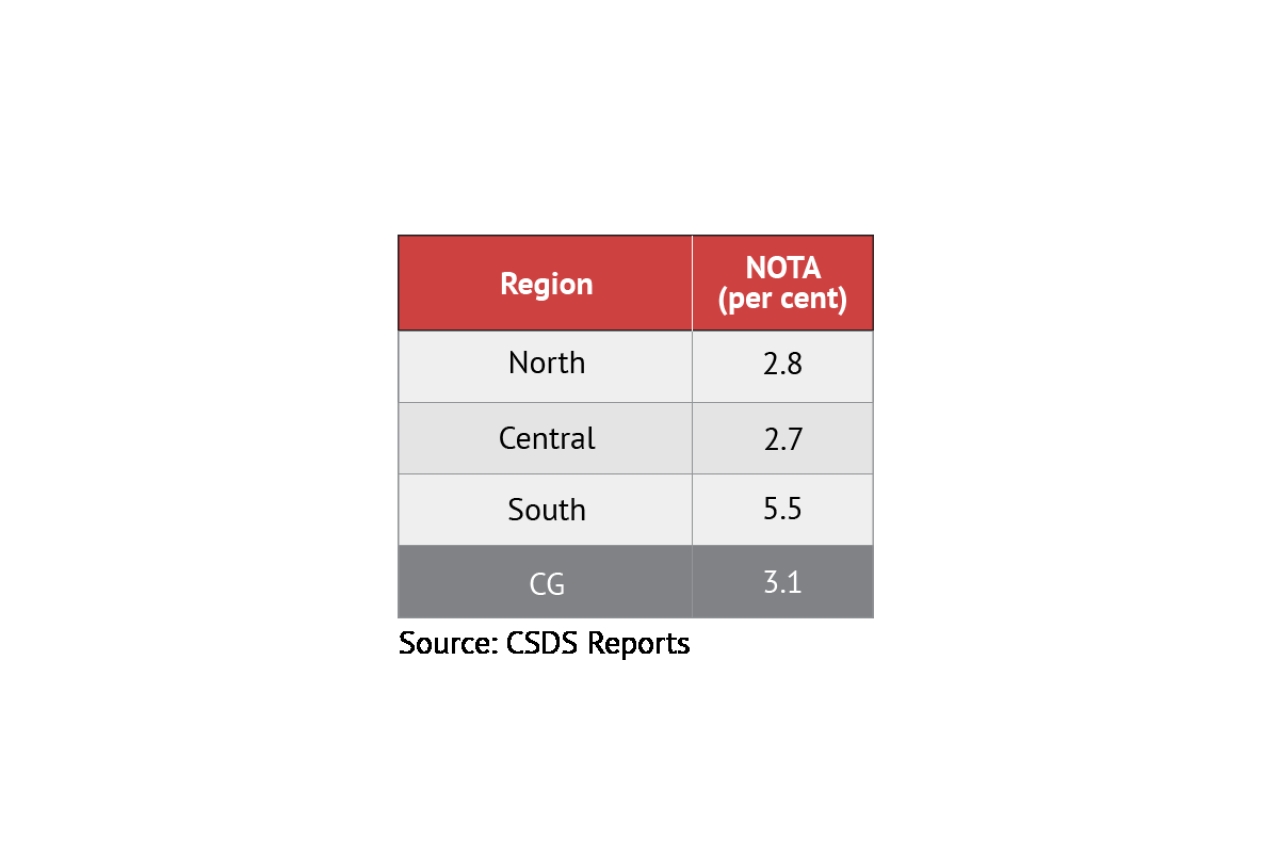 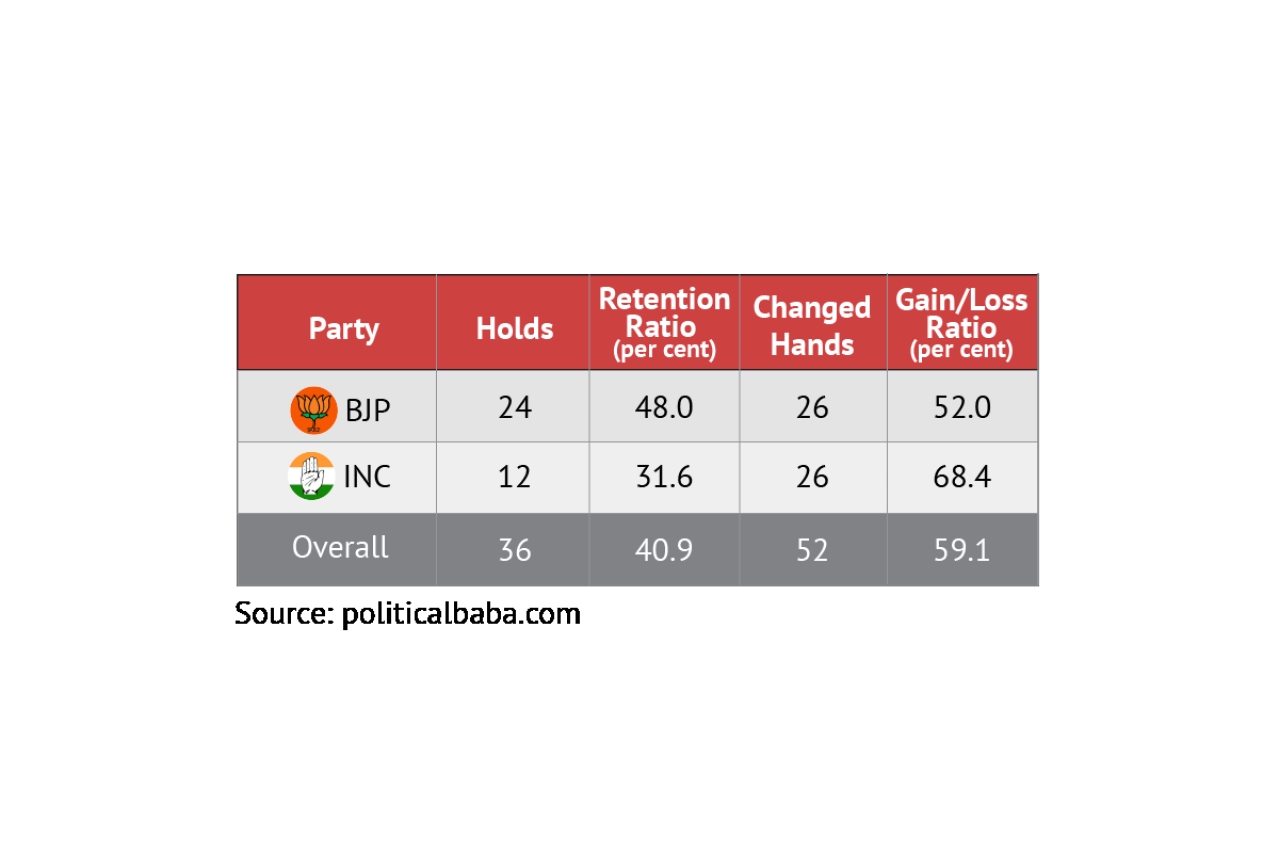 Get Swarajya in your inbox everyday. Subscribe here.
Tags:
25 Shares