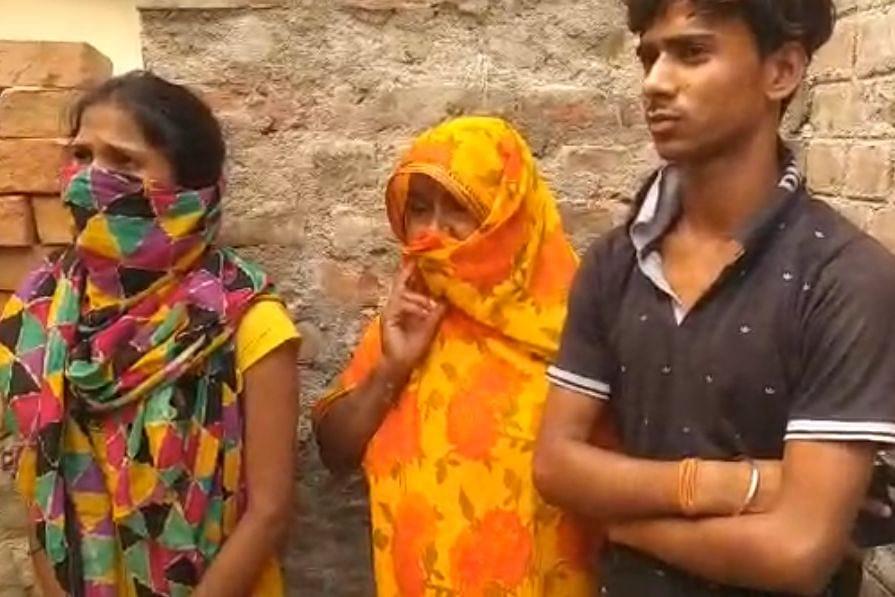 A disturbing case of police changing a dalit family's complaint in what looks like an attempt to shield the perpetrators has come to light in Bihar's Begusarai district.

The cop in question has been suspended after the “serious lapse” came into light, superintendent of police, Begusarai, Awakash Kumar, told Swarajya.

The dalit family lives in ‘refinery area’ of Nurpur village in Begusarai's Barauni tehsil. Usha Devi, who is in her 40s, told this correspondent over the phone that three men barged into her house on the intervening night of 10 and 11 June around 1 am. The men attempted to rape her and her 20-year-old daughter, and threatened to kill her minor son. She said the men repeatedly asked the family to sell their house and leave. The family identified one of the men as their neighbour, Laddu Alam, son of Firoze Alam.

Family shares the ordeal on intervening night of June 10 and 11 pic.twitter.com/rut91mCdCY

After the alleged attack, the family went to Barauni outpost police station to lodge a complaint.

The hand-written complaint (see the photograph below) states that Laddu Alam, along with an unidentified man, entered the house and touched the women inappropriately on their chests. When her son woke up, the men pushed the three and fled the spot. The family shouted for help, but no neighbour turned up. A month ago, the family had had a dispute over water with Alam's family, who are neighbours, and it was resolved with other neighbours’ intervention.

The complaint has the police's hand-written notes on the IPC sections to be applied - 447 (trespass), 341 (wrongful restraint), 323 (voluntarily causing hurt), 354 a (making sexually coloured remarks) and 354 b (criminal force to woman with intent to disrobe), among others.

No provisions of Prevention of SC/ST Atrocity Act were applied by the police.

The next day, senior cops including deputy SP Rajan Sinha met the family in the presence of local political leaders and activists. Usha Devi’s daughter told Swarajya that she complained to the senior officers that the local police had recorded her “distorted” statement by force the previous night. She told them she was “dictated” what to write in order “to dilute charges” against the attackers. She said she wanted to give another complaint.

Sinha allowed her to write a fresh complaint and directed the station house officer (SHO) of Barauni station, Suchit Kumar, to proceed only on the new complaint.

The next day, the family was shocked to discover that the SHO had ignored the directive and registered the FIR based on the original complaint. The family approached the senior cops with their grievance. In an internal inquiry, Suchit Kumar was found guilty.

Awakash Kumar told Swarajya, “We got an inquiry done under the circle officer. We found a serious lapse on the part of the SHO. He has been put under suspension.”

Swarajya has a copy of the fresh complaint and the contents differ sharply from the first one.

The second complaint states that three men barged into the house, two of them were masked while the third was completely naked. They all forced themselves on the two women. The naked man attempted to rape the mother. One of the masked men tore off the daughter’s kurta and attempted to rape her as well. The other masked man pointed a pistol at the minor boy's head. A scuffle ensued and the family managed to get out of their grip, but one of the men tried to strangulate the boy. After a lot of struggle, the men left, but not before thrashing them and throwing a cycle over them. This complaint mentions that when the family went to the Barauni police station the previous night, no officer was present and thus they could only give over a hand-written complaint.

SP Awakash Kumar said that based on the second complaint, charges will be applied in “one or two days”.

As per Kumar, an initial probe by police does “not support” several allegations of the dalit family. He even said that the woman's claims of rape and rape attempts have not been found to be true so far.

Awakash Kumar said that contrary to the dalit family's claim that their newly-shifted Muslim neighbours have been forcing them to sell their house and leave the "Muslim area", the matter was of land dispute.

"One side" (Muslim family) has purchased land in the area, but that land is being disputed by the "other side" (dalit family). He said the matter looks like a scuffle in which both sides got injured.

He also informed that the “Muslim side” filed a counter complaint against the dalit family three days later on 1 June for thrashing them, and IPC 341 and 323 have been applied. He did not specify who from the dalit family has been booked.

Kumar refused to speak further on the case and said the probe is on.

The dalit family contests Kumar's statements. Usha Devi told this correspondent that in the 'refinery area', there are only a couple of Hindu families living among 200-odd Muslim families. She said that two months ago, the Hindu family living in the neighbouring house sold it off to Alam's family. Ever since the new family has shifted, the men have been harassing her and her daughter who are often alone at home. Her minor son is a residential student at a Begusarai school while her husband lives in Kuwait and her elder son lives in Dubai, both employed in factories.

Her son told Swarajya that on the night of the attack, the men told them to sell them their house for Rs 16 lakh - the same amount in which they bought the neighbouring house - and leave the area. “They said they have the support of the local Congress leader,” the boy said. “They said you Hindus are too few here, you cannot do much. Even Bajrang Dal won't help you.”

As per 2011 census, Nurpur village has 74 per cent Muslims and 25 per cent non-Muslims. Begusarai district has about 85 per cent Hindus and 13 per cent Muslims. Traditionally a communist stronghold, Begusarai voted heavily in favour of Bharatiya Janata Party's 'Hindutva' leader Giriraj Singh in the recent Lok Sabha polls.

The dalit family also refutes the allegation of a land dispute. Usha Devi said she was being asked for papers of her house even though it had nothing to do with the attack on her. She said that she learnt from the local newspapers that the counter FIR names her minor son.

She also shared a copy of a letter (copy below) she submitted to Barauni out post police station last month, which states that on 1 May around 8.30 pm, her neighbour, Firoze, and his two sons including Laddu attacked the dalit family. The letter, addressed to SHO, says that the men abused her, caught hold of her hair, assaulted her on her face and head and thrashed her children. It says that the attack was a result of a minor dispute earlier in the day when some water used for washing motorcycles spilled in to the house of Alam.

Scared about his family living in India, Usha Devi’s elder son, who lives in Dubai, wrote a letter to the Indian embassy on 12 June (copy below), requesting protection to his family. His letter states that he doesn’t earn much and cannot afford to go to Begusarai to assist his family.

No Security For Us, Says Complainant

Usha Devi says that the local police refused to file an FIR of the attack in May and failed to provide her security, and asked the families to resolve the matter on their own.

Shubham Bhardwaj, a local Bajrang Dal activist who is supporting the family, said the police are trying to cover up the motive of the latest attack, that is, “pressure on the Hindu family to leave the area”. He also called the counter FIR bogus. “The cross FIR that this minor boy thrashed the men is completely bogus. Can a minor boy thrash three tall, grown-up men?” he said.

Bhardwaj said the police are wrongly accusing him of communalising the crime for standing with the dalit family. Notably, in a series of tweets on 11 June, Begusarai police SP said that, “FIR is also being lodged against persons who flared up this matter as a communal issue and arrests shall be done soon”. One of the tweets said that, “A Criminal is a Criminal race/gender/caste/religion cannot be a basis to judge that (sic).”

This correspondent has not been able to take the version of the Muslim family yet. Even local newspapers that have been covering the case do not have much information on this.

Given the contrasting statements of the complainants and the police, the case appears complicated and the details so far are sketchy. However, it’s been established that attempts were made by the local police to play down the atrocity on the dalit family.

A Delhi-based rights organisation named Agniveer recently reached out to the family, and took the case to the National Commission For Scheduled Castes (NCSC). On 13 June, the commission sent a notice to Begusarai's district magistrate and SP saying they have taken suo-motu cognisance of the case. The commission has demanded details of the FIRs, sections of SC/ST Act applied, medical examination of the women, arrests in the case, copy of statements under 161 and 164, and security and monetary aid provided to the family.

A response to the commission’s letter was awaited at the time of publishing this report.

(This is a developing story).