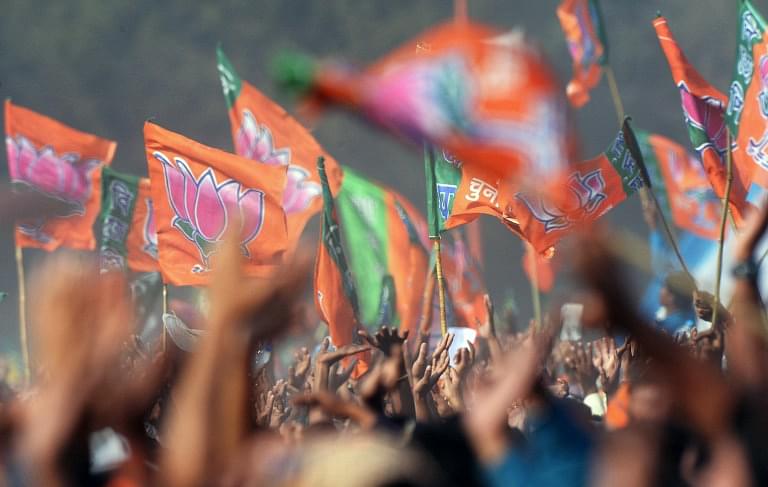 The exit polls appeared to have muddled the picture but the sense one gets after looking at the data in depth is that the NDA is ahead.

Here are the key takeaways on the basis of my previous article on expectations from Bihar exit polls.

Vote Share gains/losses: Both alliances appear to have gained marginally with NDA gaining nearly a percent of vote (Within margin of error). These small gains do not appear to be logical given that there were many undecideds before the first phase (5-6%). The trends seem to suggest that most of them are voting for others.

All the 4 mainstream polls considered in this analysis (C-Voter,Chanakya, Cicero & Nielsen) show one common trend, small gains in vote share for MGB. The difference between Chanakya and the other pollsters is in the forecast for the NDA.

There is a clear 5.2% gap between the pollsters. However, there appears to be a solid logic behind this difference. Looking at the caste voting comparisons between C-Voter and Chanakya below, while there are some variances, applying caste weights to this data produces almost identical vote share for NDA (around 41%). So if Today’s Chanakya is producing a 46% share for NDA, it can only be possible if they are applying different caste weights from rest of the pollsters.

Is Today’s Chanakya right? They were very close with vote share forecasts in Bihar in the 2014 Lok Sabha election (38% forecast vs 39.5% actual). This means that their caste weight model has worked before . While they got the Jharkhand (a neighbour) assembly seat forecast wrong by a wide margin, the got the vote shares absolutely right. To summarize, Chanakya’s forecast differences are not because of some ambitious outlier calls but because they appeared to be applying different caste weights from rest of the industry.

To give where credit is due, C-Voter was also close with a forecast of 28 seats.

Overall, looking at the above data points, it is clear that the probability of Chanakya getting it right on vote share is much better than the other pollsters.

1. Leadership Gap: The data availability was quite sketchy on this one but the leadership advantage or disadvantage appears to have had no impact on gaining or losing vote share for either of the alliances.

3. EBC/MBC Vote share: Unfortunately, this data is available only from C-Voter and as I had expected, it is almost a tie with NDA ahead marginally 43%-40%

5. Performance of small parties: This is the most intriguing part of the exit polls with all the pollsters predicting 15%+ share. This is intriguing because high intensity campaigns usually push voters to choose one leading party over the other instead of ‘wasting’ votes. There is enough academic research around this hypothesis. Also, there were about 5-6% undecideds before the election and it appears that most of them voted for ‘others’, highly unlikely possibility.

On Sunday, It is highly likely that NDA will be ahead of MGB on vote share. However, the seat shares could be a different ball game given the MGB firewall and could be a closer battle than the vote share. The confusion continues.