Bihar Phase 1: It Is Not What It Seems To Be 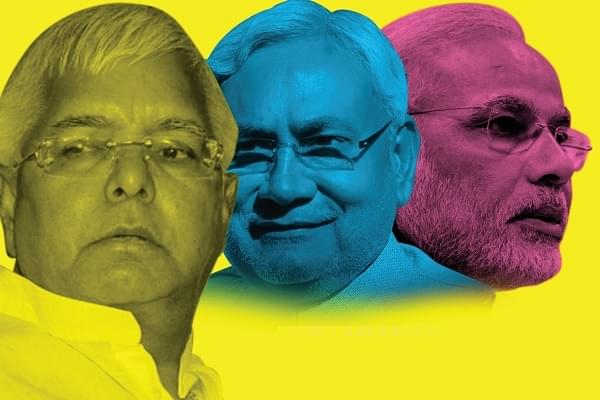 A look at how the Bihar polling scene is shaping up.

This magazine recently published a detailed review of Bihar Phase 1 polls called ‘The pendulum swings again’. It made the case that the BJP has not done as well as expected in Phase 1. A whole range of reasons were attributed. We present an alternative perspective with the same ground level information.

To start with, let us look at some of information and estimates from the 5Forty3 report and compare that with previously available data.

It appears from the data that both MGB and NDA have under-performed (as against survey estimates) with NDA having underperformed much more than MGB. But the big story is that the ‘others’ as a group are doing much better than the opinion polls predicted. Logically, this can be explained by the likely increase in the number of rebel candidates across all parties.

This increased level of rebel candidates can be explained by a variety of factors – denial of tickets to sitting MLAs, aspiring candidates who had to be rejected to accommodate allies or simply to accommodate the new caste arithmetic and so on. In some cases, tickets have been given to rebels of other parties.

For example, in some seats BJP has given tickets to rebels of other parties. Many ‘candidates’ who have been denied tickets are contesting as rebel candidates. Where there are no rebel candidates, dissidents are discreetly canvassing against official candidates. Many BJP MLAs are said to have joined the JDU. Allies are also facing similar dissidence.

In Phase I, the NDA was facing serious threats from rebels in four seats: Kalyanpur, Chakai, Bhagalpur and Kahalgaon. In Phase 2, both alliances face seven rebels each. Assuming the above hypothesis to be true, one can easily explain the increase in share of ‘others’.

However, here is the catch, the average number of candidates is down from 14 in 2010 to 12 in 2015. This is despite the fact that the number of alliances contesting the elections has actually increased. Others (small parties and independents) have been a significant force to reckon with in Bihar politics. They have garnered vote share in the range of 25%-30% in state polls since 1977 and an average of 3,000 votes per candidate. While votes per candidate (others) has reduced in the last election (2.800 levels), caste combinations make it difficult to estimate the extent of damage caused by these candidates on either alliance.

An average of twelve candidates contested from 49 seats in Phase I (vs 14 in 2010). With two main contenders, this leaves ten contestants per seat in others category (Third Front / Left Front / Rebels / Independents etc). Based on past trends, ‘Others’ could garner anywhere between 10%-18% vote share. In LS polls held in May 2014, others obtained 15% votes. In that sense we believe that an estimate of 18% is quite fair.

The third factor is the momentum. Looking at the chart above, it is fairly clear that there has been a small negative momentum for the MGB and a small positive momentum for the NDA over the last 2 months. Therefore, we believe that it will be extremely unusual for the momentum to suddenly reverse on election day. Taking the above three factors into consideration – fewer candidates, historic vote share won by ‘others’ and momentum for the last few months, we believe that the share of ‘others’ is perhaps closer to 18% and it is possible that share of NDA is getting understated on account of fear factor owing to these dissident candidates and Bahubalis.

The MGB trend seems to be in line with the patterns of the last two months. If we were to transfer the 3% from ‘others’ to the ‘NDA, the final NDA share will be closer to 40% instead of 37%. This translates to a net swing of 7%(5% against MGB and 2% for NDA) in favor of NDA .

The following table illustrates the impact of 7% swings across the various phases.

If the NDA were to win all the 37 ‘swing’ seats, they would hit 130 seats versus MGB at 107 seats. One of the reasons for a high degree of disappointment amongst many NDA supporters is to do with the expectation that there would be a momentum on election day. However, it is unfair to expect the same level of momentum that was seen for example in Delhi. Here is why: nearly 9 out of 10 people in Bihar live in villages.

88.7% of Bihar lives in rural hinterland (amongst the highest in the country, highest among BIMARU states). Bihar has below 1% of total household internet users which is lowest in India. Even when it comes to television, Bihar is the lowest ranked for television ownership in states (14.5%). In these circumstances, new innovative, social media  and digital methods of campaign may not be as effective as traditional door to door campaigns.

People flocking to Modi’s rallies have to be contacted after the rally (face-to-face) to convert them into votes. BJP may be struggling on this aspect because of lack of committed cadre in all constituencies.

For example, BJP had no presence in 21 of the Phase-1 constituencies in 2010 Assembly election. While a base was built for the Lok Sabh election, it is still not adequate to convert strategy to results. Janata alliance has Prashant Kishore, (NDA’s poll manager in LS) on its side to guide “Har-ghar-dastak” campaign”. The real issue in the next phases are not the campaign so far but the recent comments by the RSS chief on reservations as well as the comments by various claimants to the post of CM in Bihar.

Both can have serious repercussions on the delicate caste arithmetic fashioned by the BJP. We always felt that this was going to be a competitive election and nothing has changed our view so far. Each seat is being fought bitterly and while the BJP is probably doing as well as the opinion polls and the MGB continues to lose vote share versus Lok Sabha election, the caste arithmetic and Nitish’s leadership advantage still favors the MGB. The NDA alliance will have to do really well in Phase-2, 3 and 4 to lock this election.