Can Mayawati Come Back In UP? 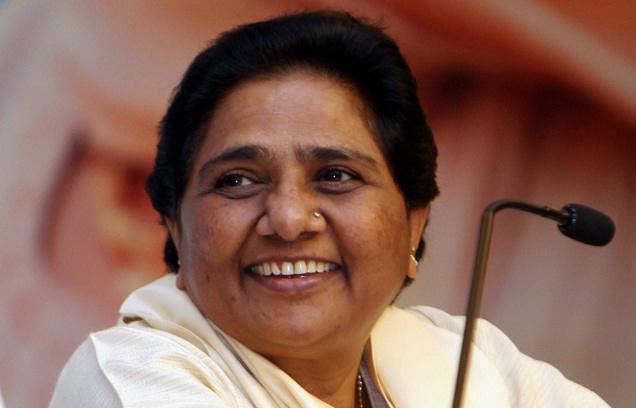 Mayawati may soon come out of her self-imposed hibernation. What are the strategies she is likely to adopt? More importantly, can her old strategies succeed in a post-2014 polity?

Mayawati is a dark horse in Indian politics. Her sympathiserson the ground have been angry that she deserted her core constituency in Uttar Pradesh (UP) – the Dalits – after 2012 assembly defeat and ran away to Delhi.

Many feel that she was not in sync with the current ethos of UP politics which have transited from identity politics todevelopment centric agenda. They apprehend that she will never be able to regain her lost ground in UP. All that may be partially true but underestimating Mayawati may be a risky proposition.

It is quite possible that her moves after her 2012 defeat are calculated, and keeping a low profile in UP affairs is a tactical decision. She may be waiting for an opportunity to terminate her hibernation, and move to retake and safeguard her core constituency, the Dalits.

Mayawati is surely looking for a window to enter UP. She may adopt a complex route synthesising three trajectories – the political, electoral and constitutional – to break open that window. She was recently examined by CBI in the National Rural Health Mission (NRHM) scam that allegedly involved misappropriation of Rs.10,000 crores during her tenure as CM (2007-12).

The scam pertains to the bifurcation of the Health and Family Welfare Department into two separate departments and appointing two chief medical officers, one for Health and the other for Family Welfare in each district of UP. This led to many mysterious deaths of medical officers, and subsequently, the arrest of the Health Minister in Mayawati’s cabinet, Babu Singh Kushwaha, who continues to languish in jail.

Mayawati has taken a political stand that BJP government is being vindictive to her and it has failed to deliver on its poll promises. Otherwise, why should the CBI interrogate her after so many years especially when it had already registered 74 FIRs and filed 48 chargesheets in the case?

The whole world knows that Kushwaha was the most trusted lieutenant of Mayawati and that he allegedly handled her cash deals. Suddenly, Mayawati transferred the Health Ministry from her kitty to Kushwaha in 2009 and, hence, when the scam was unearthed, Kushwaha as Health Minister was arrested and not Mayawati. So, she is claiming to be clean in this matter putting all blame on Kushwaha.

As the CBI interrogated her, she got an opportunity to make hue and cry that a Dalit, that too a lady, is being harassed by CBI at the instance of the BJP government. She is sure to mobilise sympathy, especially of Dalits, in her favour.

In the previous assembly elections in 2010, the BSP put up 239 candidates, and this time also, it plans to fight in all constituencies. It is very obvious that Mayawati has not much clout in Bihar among Dalit voters; Manjhi has emerged as the leader of mahadalits and Paswan is the undisputed leader of Paswans (dusadhs).

So, the entire chunk is virtually with Paswan’s LJP and Manjhi’s Hindustan Awam Morcha (HAM), both of whom are with BJP and NDA. But, should Mayawati move around in Bihar and mobilise Dalits for BSP candidates, she may end up attracting Dalit attention back home in Uttar Pradesh. That may be politically rewarding in the assembly elections in UP, slated to be held in 2017.

And, finally, Mayawati may also rake up the reservation issue and connect it with Babasaheb Bhim Rao Ambedkar’s constitutional design to argue about its continuation without any debate and review, though the honourable Supreme Court has consistently expressed opinion regarding the need to review whether reservation has had the intended effect or not.

Since this is an emotive issue, all political parties would surely be on the defensive, giving Mayawati a chance to adopt an offensive line and an aggressive posture on this. That may again give her a conduit to access Dalits, connect with them and consolidate her core constituency.

But, mere connecting with Dalits and even retrieving her core constituency may not be enough to bring her back to power. The real issue is: can she get the add-ons in the form of upper caste Brahmins and the middle caste groups? Can she revive her social engineering to replicate her ‘sandwich coalition’?

Can she hope to niche her share of Muslim votes as Asaduddin Obaisi of MIM is likely to be a potential vote accumulator in the Muslim-dominated constituencies in UP?

Mayawati’s absence from UP had an invisible impact on the weakening of the party organisation, though many feel that BSP works on the lines of what Max Weber called the charismatic authority, where the entire organisation is loose but built around the hallow of a leader which, in this case, is Mayawati.

That may not happen in the changed context because everyone is asking a simple question: is Mayawati still a charismatic leader for Dalits? Or has she been displaced by a more charismatic leader in Narendra Modi, the Prime Minister? The BJP and RSS would put all their might to retain Dalits, who voted for them heavily in 2014 LS elections, to their side. The beginning has already been made by RSS chief Mohan Bhagwat’s appeal that everyone, including Dalits, should be allowed in temples.

But, development is likely to clinch the show. People are now getting steadily focused on development. That is forcibly drawing various state governments into the ‘developmental trap’ laid out by Modi to the advantage of people.

Once, Modi succeeds in drawing federal units and their chief ministers into this competitive mode of development, he may, subtly, turn that into a cooperative mode of development through a PM-CMs team. If that strategy works, not only Mayawati, but many top politicians of yester years, today feeding and flourishing on caste and identity politics, may become completely irrelevant and outdated. Can Mayawati pre-empt that?