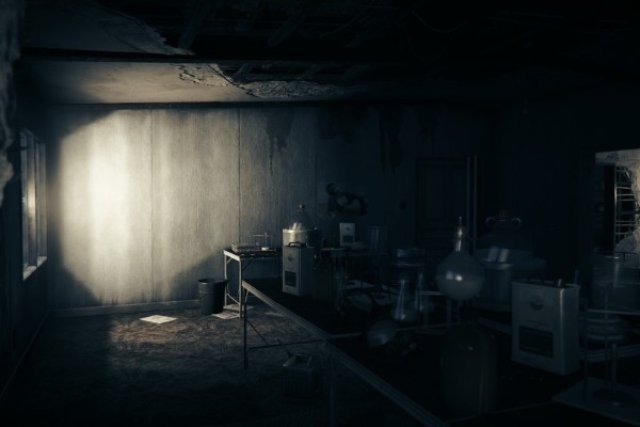 State authorities in Madhupur in West Bengal’s Murshidabad district, which borders Bangladesh, have just woken up to an illegal drug manufacturing unit that has been running under their nose for over three years now.

The arrest of five Chinese nationals, by Government Railway Police (GRP) personnel, who were seen moving around suspiciously at the Kolkata railway station, has led to the discovery of the illegal drug factory being operated at Madhupur since 2014. The factory is now suspected to have also been involved in the production of amphetamine, a dangerous synthetic drug. It has also come to light that there are 30 Chinese nationals in a backward pocket of Murshidabad ‘trading’ in human hair and cellphones.

The said factory was set up on a 2.61 lakh square foot of land at Madhupur, which is just a few kilometers from the international border with Bangladesh, in 2014 and had always been shrouded in secrecy. The land belongs to a member of the Madhupur gram panchayat Boju Sheikh, who is also a local Trinamool Congress leader. Operations in the factory were shut down suddenly a few months ago.

The factory was discovered by Bengal’s Criminal Investigation Department (CID) quite by chance. The arrest of Chinese nationals occurred on the night of 29 June. “They looked like Chinese and when we asked them where they were headed to, they tried to run away. We arrested them and a search of their suitcases unearthed some tablets packed very neatly in 27 plastic packets. They turned out to be Chinese nationals with valid travel documents. We handed them over to the CID,” said a GRP officer.

Narcotics cell experts have confirmed that the tablets were amphetamine tablets worth about Rs 40 crore. The Chinese men, aged between 30 years and 37 years, also had mobile phones, 60 credit and debit cards, and some cash on them. Only one of the five, identified as Wang Xiao Dong, could speak a bit of English and the CID had a lot of difficulty getting information out of him. Dong was uncooperative and refused to answer any questions, even claiming at one time that the suitcases from which the drugs were recovered did not belong to them.

A further search of their belongings led to the discovery of two train tickets from Belganga (in Murshidabad) to Kolkata. Confronted with this, and after sustained interrogation, Dong finally led the CID sleuths to the shut factory in Madhupur on 4 July. Another 1.9kg of amphetamine tablets were found in the factory along with some Chinese medicines and equipment like syringe pumps and grinding machines.

The factory is surrounded by high walls and had armed private security guards who would chase away locals coming too close to the property. Some locals who used to work there say that they were asked very strictly to stick to their designated workstations and the factory had some rooms that were always kept closed and to which only the Chinese had access. The factory used to procure jute stalk from local farmers at good prices and it was believed that they were making activated carbon for export to China. But no export documents have been found. Incidentally, activated carbon is used to treat overdoses of amphetamine and other drugs.

On Tuesday (10 July 2018), a team of sleuths from the United States Drug Enforcement Administration (DEA) and India’s Narcotics Control Bureau (NCB) flew down from Delhi to interrogate the five Chinese men. But not much headway has been reportedly made and the Chinese continue to maintain that the factory in Madhupur was being used to make only activated carbon. “But the major question is, why would the Chinese need to set up a factory in such a clandestine manner in a remote area along the Indo-Bangladesh border. Bengal has been seeking Chinese investments and would have been happy to grant all requisite permissions to set up a factory manufacturing activated carbon for export. And why such a factory in such an area that is far away from ports and airports. There is much more to this than what the Chinese have revealed,” said a police officer.

But this is not all. Enquiries by the state CID has revealed that there are 30-odd Chinese nationals who stay in Murshidabad’s poverty-stricken, backward, and remote Beldanga area. “Though they have valid travel documents and claim to be trading in cellphones and human hair, we are carrying out detailed investigations. Beldanga is the most unlikeliest of places for some 30 Chinese nationals to be operating out of. There is definitely something fishy here,” said the police officer.

What is appalling, however, is that Chinese presence in a sensitive border district like Murshidabad has gone undetected for so long. “This represents a horrible and shameful failure on the part of the state police and the intelligence apparatus. An illegal factory ran for more than three years on a large plot of land and the state administration knew nothing about it. Thirty Chinese nationals are staying and ‘trading’ in Murshidabad and it is only now that the state administration has come to know of it. Nothing can be more shameful than this. And this represents a total breakdown of the intelligence-gathering and surveillance machinery in the state,” said a retired Intelligence Bureau officer.

Experts suspect that the Chinese could have been operating drug manufacturing units in Murshidabad. “Slipping the drugs through the porous border into Bangladesh, from where it would be sent back to China and Southeast Asian countries, could have been the reason behind locating the factory in Madhupur. There may be more such factories in the district; it is quite unbelievable that as many as 30 Chinese nationals are staying in Beldanga area and engaged in some innocuous trading activity,” said a former police chief of Murshidabad.

The failure to detect such operations also hints at local political patronage, without which the Chinese nationals could not have been running such unchecked business for such a long period.