CJI Impeachment: The Biggest Threat To Judicial Independence May Well Be Lawyers Like Sibal & Co 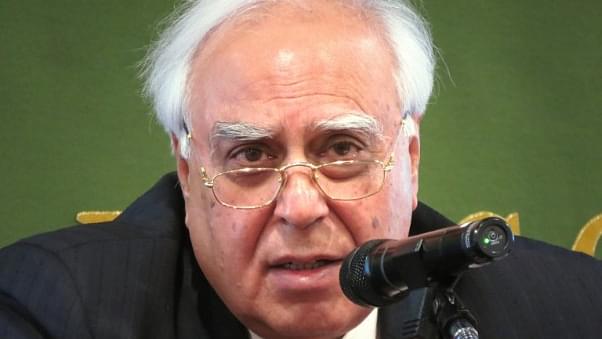 Who or what is the greatest threat to the independence of the judiciary? The executive? Powerful politicians? Money power? The answer may be someone else. But before we tell you about this cabal, consider the following points.

Many tears were shed over threats to the independence of the judiciary when the Modi government enacted the National Judicial Appointments Commission (NJAC); our eyes didn’t even moisten when six out of every seven retiring Supreme Court judges were given cushy post-retirement jobs by the United Progressive Alliance (UPA) government after 2008.

So, no threat to the independence of the judiciary here?

There has been much brouhaha over the Chief Justice of India (CJI) allotting benches to suit litigants, including the government; there was no whisper of protest when public interest litigants like Prashant Bhushan and others of his ilk tried to post the same petition twice with specific judges when their previous petitions were assigned to other benches. In November last year, a three-judge Supreme Court bench was scandalised when a PIL filed by Bhushan and assigned to one bench by the CJI was again presented to Justice J Chelameswar by another litigant, Kamini Jaiswal, since the petitioners obviously thought he was more likely to give them what they wanted: a special probe into the grant of an illegal permission to a medical college, in which members of the higher judiciary may be involved.

So, Bhushan and Co are objecting to only one kind of forum-shopping. Your kind of forum shopping is wrong, our kind is right.

In December 2017, Kapil Sibal – the man behind the current impeachment proceedings of the CJI – demanded a two-year postponement on hearings in the Ram Janmabhoomi case since he didn’t want the verdict to impact the 2019 elections. Earlier, when the Supreme Court revived an old criminal conspiracy case against LK Advani, Murli Manohar Joshi and others who were present during the demolition of the Babri Masjid, the court, in fact, ordered the trial to be completed within two years. This means the verdict will come just in the midst of the 2019 general elections.

So, a Babri verdict is fine before polls, but not a Ram Mandir verdict. And no one sees anything wrong in asking the highest court to deliberately delay a judgment to suit someone’s political convenience, but there is no problem if verdicts convenient to them are expedited. Let’s be clear, whichever way the court rules on Advani and Co, the Congress-Left ecosystem will benefit; if they are convicted, the cabal will say justice is done; if they are not, they will say justice has not been done and the court is biased. Both work as election rhetoric.

In December, a five-judge bench hearing sensitive cases was constrained to warn senior counsel that shouting and raising voices in a threatening manner in their courtrooms was unacceptable. In November, Prashant Bhushan stormed out of court after a spat with the CJI. In December, hot words were exchanged – and the dramatis personae were Prashant Bhushan, Kapil Sibal, Dushyant Dave and Rajeev Dhavan.

In February this year, while hearing the petition in the allegedly suspicious death of CBI Judge BH Loya, Dushyant Dave had an ugly confrontation with the Supreme Court bench. When Justice DY Chandrachud asked him to pipe down and listen when the bench was making a point, Dave shot back: “I will not listen to you.”

In February 2015, when the Gujarat High Court allowed the police to seek custodial interrogation of Teesta Setalvad in a funds diversion case involving her NGO, within hours the Supreme Court was moved for anticipatory bail by Kapil Sibal. The regular application was heard the next day by a two-judge bench, which gave Teesta a week’s bail. But before the case came up again for hearing on 19 February, the case was moved to another bench headed by the then CJI.

So, what Kapil Sibal wants, he usually gets from the court. No case of undue influence or independence of the judiciary here?

The point of all these observations is simple: we can talk about the executive’s attempts to suborn the judiciary, but we also have to consider another reality: the biggest threat to the independence of the judiciary may well be coming from powerful senior lawyers who deal with these judges daily and behave as they please with the court. If you can shout and scream at judges, barge into the CJI’s court and demand anticipatory bail for people you want to favour, if you can tell the judge “I will not listen to you” and then try and fool the system by presenting your petition to a judge of your choice after the case has been given to another, clearly senior counsel in the old ecosystem are as big a threat to the independence of the judiciary as anyone else. They think they can get away with anything.

In 2010, Shanti Bhushan, Prashant Bhushan’s father, gave the court a sealed cover containing a list of eight former CJIs who he thought were corrupt. When a court gets this kind of information and does nothing about it, it can mean one of three things: it ignored the list since it was not worth inquiring into; it balked at punishing the Bhushans for contempt for fear of creating a wider scandal; or, fearing what it might find, it chose to brush it under the carpet.

If the topmost court believes that senior lawyers may be able to embarrass it and shrinks from confronting them, it essentially gives them leverage. In last week’s Loya verdict, even though the bench said there was a case for holding the petitioners in contempt, it refrained from taking the extreme step. It had harsh words (see below), but no action.

So, let’s be clear. When courts can only bark but not bite senior counsel, they are sending a message of weakness and vulnerability.

In this context, the impeachment motion against Chief Justice Dipak Misra cannot but be seen as anything other than a crude attempt to cow down the judiciary for having the temerity to deny the cabal of senior lawyers what they want.

It is probably not a coincidence that the move to impeach CJI Misra, which was weakening a few weeks ago, gathered new strength after a bench headed by him threw out the public interest litigation (PIL) seeking a new probe into the death of CBI Judge BH Loya.

In a judgment on 19 April, the bench, which included Justices DY Chandrachud and AM Khanwilkar, blasted the petitioners for launching a frivolous petition with a personal agenda. These amounted to “veiled attempts to launch a frontal attack on the independence of the judiciary and to dilute the credibility of judicial institutions”. The judgment was authored not by the CJI, but Justice Chandrachud.

The Congress party and six other opposition parties (Nationalist Congress Party, Communist Party of India (Marxist), Communist Party of India, Rashtriya Janata Dal, Bahujan Samaj Party and Samajwadi Party) then submitted a motion for starting impeachment proceedings against CJI Misra to Vice-President and Rajya Sabha Chairman Venkaiah Naidu. It was denounced by one of the senior-most Supreme Court lawyers, Fali Nariman, as a “horribly black day. I’ve never seen a day like this. In my 67 years, I’ve never seen a day like this.” His point is simple: if impeachment motions can be launched by the opposition, what will stop the government from doing the same with whichever judge it wants to get rid of?

There is no chance that the impeachment motion will ever succeed, for not only does it require a two-thirds majority in the Rajya Sabha, but also in the Lok Sabha, where the National Democratic Alliance will not allow it to happen. So, the only purpose of the impeachment motion is to circumscribe the CJI’s freedom of action in any cases pending with him, and possibly serve a warning to the judiciary in general that they can at least be publicly embarrassed if not removed from office. It will ensure that any future orders of the CJI – whose tenure continues till October - will come with the taint of illegitimacy.

This is now obvious with the Congress party demanding that the CJI must now recuse himself from judicial work.

So, the deal is clear. If you want to immobilise or embarrass a judge of the Supreme Court, just get 50 signatures of Rajya Sabha members (or 100 from the Lok Sabha), and then tell him he cannot sit on a bench any more. Thus, any party with 50-100 members can destroy judicial independence.

It is worth repeating: the greatest threat to judicial independence is not necessarily the government, but rogue senior counsel who can use political power with impunity to circumscribe any judge or judicial verdict they don’t like.