Die-nasty Politics: Why Prajwal Revanna Wants To ‘Give Up’ His Seat 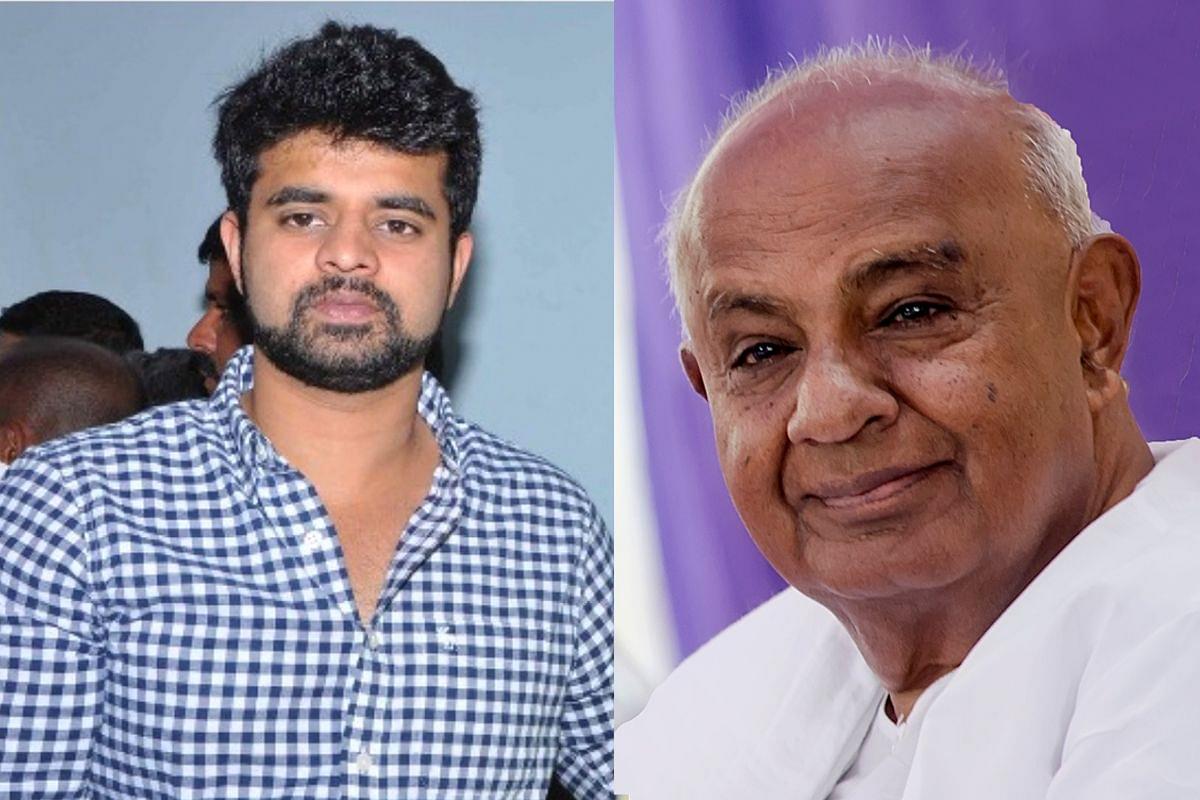 It is a dramatic turn-around of the mandate in Karnataka. Just last year, the people of Karnataka failed to give a clear majority to any party in the assembly elections, which resulted in a botched coalition forming the government. The voters surely knew better this time around as they have not only given the Bharatiya Janata Party (BJP) a massive majority but also voted out the coalition partners—Congress and JD(S)—almost completely, leaving them with just one seat each.

The drama, however, has just begun.

Prajwal Revanna, the only JD(S) candidate to have won the elections, has decided to resign. Within 12 hours of having won the seat, he announced his resignation as he was saddened by his grandfather’s defeat from the Tumkur constituency. He wants his grandfather to contest from Hassan once again—from the family stronghold that he (grandfather) would be sure to win, the seat that he had given up for Prajwal’s debut into electoral politics. Former Prime Minister H D Devegowda was the sitting MP from Hassan.

The wily Gowda family patriarch had used the sentimental card, saying it would be the last time he would be contesting during the 2014 parliamentary elections to effectively win from Hassan by a margin of 1.03 lakh votes. Irrespective of the reasons given last time, Deve Gowda chose to contest the parliamentary elections yet again this time but from a different constituency. He ‘gave up’ the Hassan seat for his grandson, Prajwal Revanna. And this decision proved to be costly as Dodd Gowdru has lost from the Tumkur seat to BJP’s G S Basavaraj by a margin of merely 13,000 votes, after winning five consecutive times from Hassan.

This defeat has triggered his ‘victorious’ grandson (son of Public Works Minister H D Revanna) to ‘give up’ his seat. While there are reports of discrepancies with his affidavit, where he is reported to have not furnished certain details of his assets and loans, the Gowda scion seemingly has other reasons to not continue as an MP.

Prajwal is apparently also saddened by the defeat that his cousin, Nikhil Kumaraswamy from Mandya, where Nikhil lost to Sumalatha Ambareesh. And so to save the family face, Prajwal wishes to reinstate the patriarch to power. “I don't intend to disrespect the people of Hassan but Deve Gowda is the foundation of our party and we need to restore his place,” said Prajwal as quoted here. If he indeed does resign, the seat will fall vacant necessitating a by-election, wherein the party supremo can contest and win back his ‘lost pride’.

The loss of face for the JD(S) in the state has truly shaken the party’s prospects of continuing to stay in power. Already rickety, the coalition’s future is now being questioned. There are numerous news reports claiming that members of the two coalition parties who were “waiting on the fence” are ready to jump over to the BJP, to give it the mandate to claim majority and form the state government. In such a scenario, this resignation can be viewed as a desperate attempt to redeem lost glory.

How can an elected member of Parliament refuse to fulfill his duties to his voters just because the voters in another constituency failed to vote his family member to power? Did such a question even occur to the scion of the Gowda family before he launched this drama?

However, such antics are not new to the family. The statements that leaders of this family have made in the last one year of being in power probably are also why the voters in Tumkur decided to not side with them. H D Kumaraswamy snubbed coastal Karnataka, which had not voted for the family, by questioning their right to seek any projects or developmental work from the Chief Minister when they hadn’t voted for the JD(S). His brother and Prajwal’s father too had mockingly said, “Had the coast voted for the JD(S) their board exam results would have been better.”

Surely, the family seems happy to take the voter for a ride. They did so when the state elections had hardly given them 38 seats. They joined hands with the Congress, sorely upsetting their cadre, which had fought tooth and nail against that same national party in many seats. To a great extent, the responsibility for the Mandya loss that the party has had to endure is because the cadre of both the coalition partners are very upset with their respective parties. They seem to have silently ensured the victory of the independent candidate, Sumalatha Ambareesh.

In the extended twilight of his career as a parliamentarian, the grand old man of the JD(S) should inspire his party to gracefully accept defeat, if anything, inspire his party men to work at the ground level and claim back their strongholds even if it means letting go of power for sometime. Otherwise, this enfolding drama will turn out to be just another sad immoral attempt at saving face.